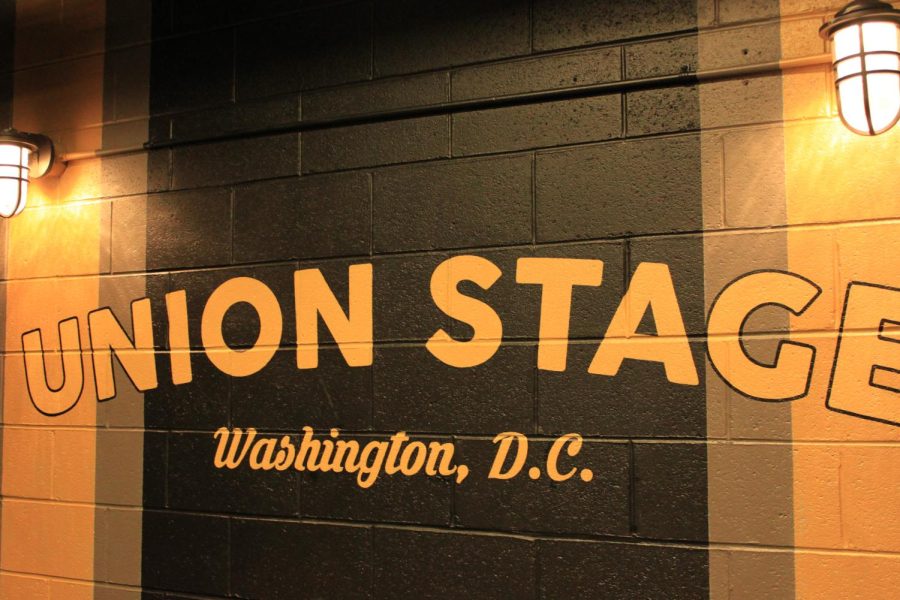 On April 19th, independent student-run record label Second District Records officially set out to relaunch their brand with the revival concert, a showcase of signed AU Student talent to re-establish SDR as a presence in the student media landscape. Those who attended at Union Stage were treated to a night of fun, fast-paced sets spanning across genre and convention. Many of the artists had never performed original work before, but it didn’t show on stage: each performer radiated a joy and energy that set a wonderful tone for the evening.

Quick turnaround between sets also meant that even if there were lulls in the night, or an artist was not somebody’s personal preference, you could always count on the next person bringing something entirely different to the table. This diversity in music being showcased was truly the strongest aspect of the show, which is why it was such an honor to be able to interview all of the signed SDR artists to ask them more about the music they were releasing and how they were enjoying their time working with the label. 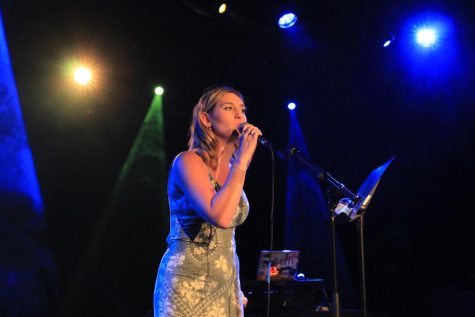 The headlining act, Landward Edge (Drew Dale) is also heavily involved in the behind-the-scenes of the label and is set to be the next President. He describes Landward Edge as a musical project, not a persona, where he explores production and electronic music influenced by the broad spectrum of music he loves to listen to. Drew’s newest project, Frivolity, is a departure from his more experimental roots as he explores making music that is meant to be, well, frivolous. It’s inspired by the likes of Sophie, Charli XCX, and even the likes of Fireboy DML and Playboi Carti, while also drawing inspiration from various conventions of funk. I asked all of the artists what color they thought captured the general feeling of the music they were performing, which Drew immediately pegged as prismatic. He said that color plays heavily into his DJing and musical moods, which his newest work flows through in technicolor.

The other more electronic set, Wrenmo (Jordan Model) bordered more on the side of hyperpop, which Wrenmo said evolved out of what was initially intended to be a heavy metal project. It’s a scattered and sporadic project that isn’t afraid to take a more lighthearted approach to music, although as he has evolved in his music Wrenmo admitted it has evolved to become something more personal. A trained guitarist/instrumentalist, he found himself drawn to a more electronic sound as a way to adapt the heavy metal sound he had in mind to something that was easier to record. He says it’s pushing his musical boundaries, but that he could not be happier with the way his music is turning out – in particular, latest release “Dance Party in Hyperspace.” As for the color he chose to summarize his music, he landed on a bright, fuzzy, neon hot pink.

Wrenmo’s guitar skills, however, still got their chance to shine in his other project, Scuttlebus (John Stewart, Larson Bukowski, Benjamin Noe, and Jordan Model). Here, he plays guitar, while his friend Ben sings, with John on percussion and Larson on cello, which adds a dynamic flair to the otherwise alt-rock music they play. Inspired by the likes of Radiohead and the Red Hot Chili Peppers, both of whom were covered during their set. Their original song, “Weightless in the Wind,” follows these stylistic conventions with a twist, incorporating cellist Larson in new and inventive ways that makes them stand out from the crowd. Their color, after much debate amongst the band members, was decided to be cyan.

In the pop corner of the lineup was Liv Wood, a singer-songwriter who is “basic and proud.” She draws inspiration from singer-songwriter pop girls like Taylor Swift and Olivia Rodrigo, drawn in by the relatable narratives and their abilities to connect with teen sensibilities. Her background in Theatre gives her a powerhouse voice, which she showed off during her set as she covered Elle King and played her new original song, “Home to You.” This song was inspired by her relationship with her boyfriend, who pushed her to pursue music with SDR. However, in speaking with her she expressed a desire to explore more fictional narratives and stories inspired by friends in her next releases. As it stands, the color she picked to describe her music was a bubblegum pink, which she says has been her brand all her life.

Finally, rounding out the roster was alternative pop singer Livvy, who performed her debut single “Make Boys Cry,” a subversive twist on the “Boys Don’t Cry” trope. Her music is still undoubtedly pop, but she puts a darker twist, following in the footsteps of artists like Lennon Stella and Brent Faiyaz. She attributes a lot of her success and creative vision to producer Aiden Schwartz, who steered her music towards the dreamy atmospheric pop lane it exists in now. For Livvy, inspiration is everywhere in her life, from movies to journals to even a passing stranger, and this far-reaching melancholic feeling is definitely reflected in “Make Boys Cry.” The song was written in just thirty minutes, drawing on a mixture of personal relationships and observations she has made about human behavior. She chose to summarize her music with a dusty pink hue, a dreamy and edgy twist on the feminine convention.

This incredible array of artists (as well as local DMV artists Mo Sella and Dre Wave$) put together a terrific show, and signaled a promising start for the revival of Second District Records. While there were certainly kinks in the proceedings and rather low attendance for their first big show, there’s nowhere to go but up. These artists show great promise and love for their music, and the behind-the-scenes team were matching that wholly with their dedication to a great show. Only time will tell what’s coming next for everyone at SDR, but if the revival concert was any metric to go by, it surely will not disappoint.