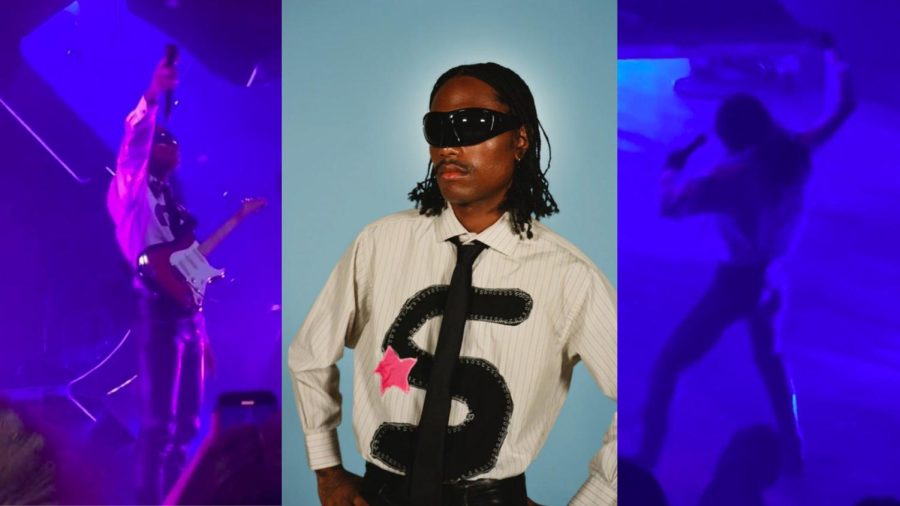 TikTok Tanks Concerts, According to Artists: What’s Next?

“Kids these days just don’t get it” and this time it’s not your out-of-touch Grateful Dead loving parents saying it, it’s all live music loving folk. Concert goers and artists all around the country are in uproar about behavior in our post Covid-lockdown live music world. From artists becoming so frustrated with the crowd they walk off, to borderline violent behavior, concerts have changed and the industry is scratching its head.

In March of 2020, the live music world went silent with tours canceled across the board as venues were forced to close their doors for over a year. It would be hard to find a more suitable environment for a virus to spread than a venue packed with sweat-oozing shoulder-to-shoulder patrons.

Over 2020 we saw endless Zoom meetings, nightmarish Covid numbers, and absolutely no live music. Simultaneously, the world saw Tik Tok’s usage explode and the app’s rise to its famous or infamous throne. The result was a new culture and a platform credited for creating a new era of fashion, entertainment, and music consumption.

This new culture was raised in a vacuum, cultivated and refined in lonely highschooler bedrooms and basements all across the world. The platform was used by various communities which compounded their identities by sharing outfits, music, and art with like minded and similarly isolated people. The content, as eye catching as it is, lacks an essential ingredient to the growth of concert culture, people.

With older music fans having learned from those older than them, a whole generation of teenagers were left behind; creating an education gap and a bookend in US live music history. They were robbed of the subtle guiding hand of a million judgmental stares and belligerent concert goers showing them the ropes. This time, no “old heads” were around to demonstrate how to mosh safely, drink responsibly, and act in a way that allows all to enjoy themselves. The result is rude behavior that creates an unwelcoming environment not worthy of the almost holy feeling live shows provide.

Some may say the lack of generational guidance is not to blame, and they are correct, only because it is not solely to blame. Tik Tok has changed the way users view experiences in their lives and has distorted what concerts are at their root. By making the conversation around shows more into aesthetics rather than the enjoyment of music, Tik Tok users are consuming concerts as a product differently.

Rather than staying for the whole show, audience members wait until a band, even some of great notoriety, play their song famous on Tik Tok, and leave. Moments like this create massive walk-outs that are detrimental to the ambiance of a performance that venues work hard to create.

Fans saw this firsthand on Beach House’s tour this summer. When “Space Song”, Beach House’s mega hit off of their 2015 album Depression Cherry, concluded many audience members would walk out.

Atmosphere ruining behavior has encroached into all aspects of concerts. During an October show, fans threw objects on stage eventually causing Steve Lacy to smash an audience member’s camera before having to walk off to recompose.

As if putting the safety of the performers in jeopardy was not enough, audiences gut the meaning from opening acts by sitting down on grody venue floors and bark over opening acts. The matter became so apparent that lead vocalist for Big Thief, Adrianne Lanker, made a rare public address on Instagram, asking for people to be  more respectful to openers.

Fingers are pointed in all directions to wildly claim whose responsibility it is to fix this dire situation. Is the onus on the venue? The artists? Should we just tell those rascal teens to grow up? The truth is the responsibility falls on all who claim to be a part of the “experience creator” team.

Venues and promoters should get with the program and understand that because concerts are being consumed differently, we should carry them out differently too. Concerts and live music are part of a creative field where outside the box thinking is rewarded and situations like this present a plethora of new opportunities. Unique problems offer an opportunity for unique and creative solutions, yielding fresh and innovative results, especially in the world of performance. Solutions that could entice the attention of new concert goers and could even yield higher profits, with potential for pioneering a new generation of concert culture.

These shows are being played in massive venues with full time staff and individuals whose passion it is to enhance the experience of the concert goer. If the culture is taking such a massive dive then it is up to the creatives behind the audience experience to change it.

Those days feel far off from the way concerts are being played today, but if complaints from artists and fans keep up, someone will surely listen.