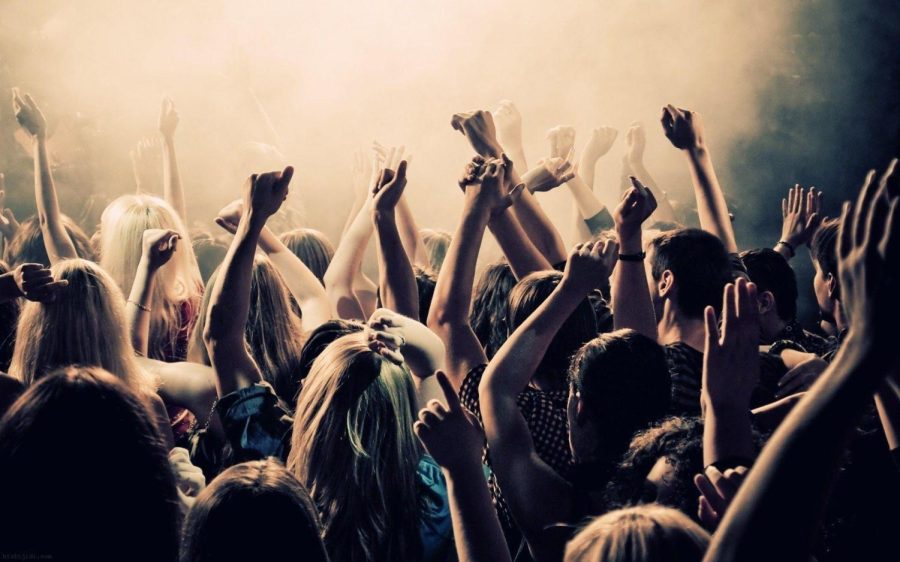 Now Playing: The Many Faces of Rock

Fifty new songs, five categories, and all devoted to the umbrella of rock. Daylight savings time has thrown me for a loop, and I’m positive I’m not the only one. It just doesn’t seem natural for the sun to be dead and gone by the premature time of 5:30 PM. This week, I feel as though we all deserve a playlist encompassing the good, the bad, and the ugly of aggressively sad and deafeningly loud rock. There is not a singular song on this week’s Now Playing: that I can call remotely happy. We’ve got the angsty, the depressed, the borderline suicidal comfort songs spanning from the early 1990s to present day. Feel free to check them out below, and don’t forget to follow along with the playlist equivalent on Spotify (@sabrina.capello)!

Midwest Emo. For anyone unfamiliar with Midwest emo, it’s a subgenre of the emo scene that’s less hardcore-punk-inspired and more akin to indie rock or math rock (which is a more progressive, indie style of rock). My favorite characteristics about this genre are the eccentric vocals, the beautiful and distinctive guitar riffs, and the arpeggiated melodies. I saw a TikTok the other day talking about how the best thing about this genre is that the guitarists will play the most beautiful and melodic riff for approximately thirty seconds, only to be followed up by some pretty mid vocals—and I agree. Charming, right?

Shoegaze. This is the more ethereal size of rock, drawing upon stylistic origins outside of the rock spectrum. Shoegaze can be thought of as the lovechild between garage rock and dream pop due to its grungy, sort of “unpolished” sound, coupled with a psychedelic, ethereal, “wavy” quality. It’s a strangely comforting genre, perfect for rainy or chill days.

Grunge. With this category, I went mostly for the classics. From Pearl Jam to The Cranberries to Alice in Chains, there’s a song in this genre for any average grunge lover. This is depression central—luckily for you, I didn’t include any of Kurt Cobain’s affinities with social alienation, betrayal, and emotional isolation, because that would probably push anyone over the edge in these dark times. Between the heavily distorted electric guitar sound, the gravely vocals, and heavy bass, you’re in for a treat.

Post-Hardcore and Punk Rock. I combined these genres because they’re not so different from one another. Post-hardcore is a good balancing act: hardcore punk, but in a more creative and expressive way. I’m talking early My Chemical Romance when they were still playing in basements and taking cigarette breaks and 1990s Deftones. Before there was post-hardcore, there was punk rock, which is rooted in garage rock and glam rock. In the selection I have here, I included more of the early- to late-2000s reemergence of punk rock, including artists like Turnstile, Pierce the Veil, and Sleeping With Sirens. Nonetheless, these are jammers.

Alternative Rock. Ah, the catch-all genre of rock. This is where I stuck all the leftover songs that I didn’t want to put in any of the other genres. Alt-rock is a beautiful thing; it includes everything, and I mean everything: emo, gothic rock, grunge, math rock, punk rock…the list

goes on. The selection I curated here are the ones I thought deserved a place on this Now Playing:. From RKS to Radiohead to The Killers, this playlist now comes full circle. • “Matchbox” by Rainbow Kitten Surprise