Underground musicians in Washington, D.C. are turning to entrepreneurship to save their music scene. 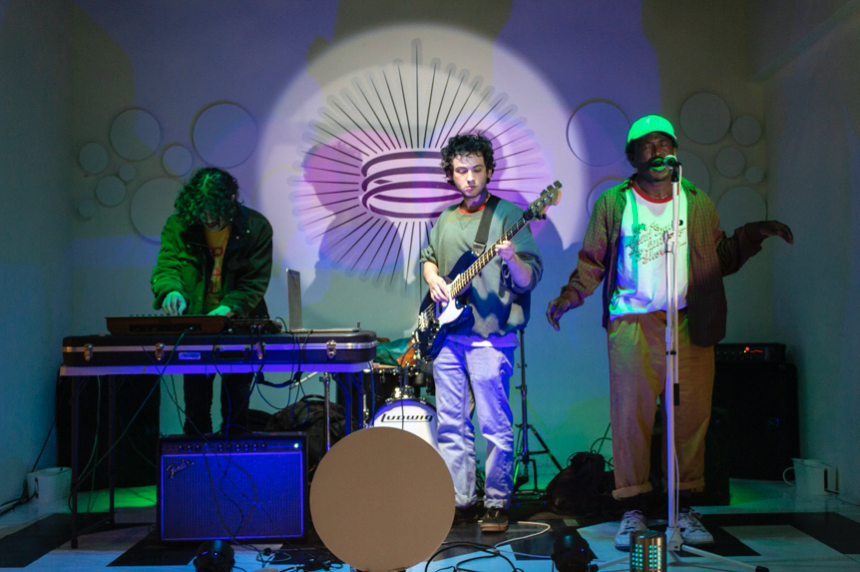 Folks begin to check-in at the box-office after 6:30 p.m., any day of the week like clockwork, until there are diverse throngs of music fans, band-supporters, and even wary family in a 200-capacity basement in Adams Morgan, Washington D.C.

As if on cue, like a song on a DJ’s playlist, a tiny trickle of vans and cars roll softly to the less-glamorous alley entrance of the venue around 4 p.m. This is where talented, yet caffeine-hungry, bands get out to load-in. It is the start of another music production at Songbyrd Record Cafe and Music House (Songbyrd DC, for short). Load-in, or setting up the instruments and stage is the start of a well-known show routine practiced at more than 100 venues past-and-present and big-or-small in Washington D.C.

On a warm evening this past July, Matthew Hirsch, a 24-year old independent artist doubling as a sound engineer was one of many talented and caffeine-hungry faces loading in at Songbyrd DC. He shuffled in quietly through the alley entrance and diligently began to set up his bass-guitar in the well-decorated Vinyl Lounge (100-capacity) of Songbyrd. His chestnut-colored hair is often disheveled as if he’d just woken up from a nap. Before a gig, he’d smooth his hair over with industry-standard headphones, start plugging up the myriad of amp-cords and pluck at his instrument delicately until showtime.

At the forefront of Matthew’s mind is his performance at hand and at the back of his mind is where his next gig will come from. The deal at Songbyrd was a bit sweeter than other places where Matt’s band would perform: show up, play for about half an hour, get paid $150, get fed or given drinks on-the-house and possibly get invited back. Other places on the smaller tour that the SXSW-veteran musician encountered may not offer guaranteed payment, may not have a bar in-house or simply may not exist after the gig to invite him back.

After four years, Songbyrd DC has grown to become a staple in the Washington D.C. music scene. Other venues like Union Arts, Arts Under Pressure, and Black Cat Underground were not as lucky and have since shuttered their doors.

Playing in basements, garages, or condemned warehouses used to be known endearingly as “playing a house show,” said Hirsch. Playing house shows are rites of passage that bands like the Yeahs Yeah Yeahs, The Coolots, and Mckinley Dixon have undergone. In Washington D.C. the 40+ places from the early 2000s, where smaller acts could get their experience, has shrunk to around 15 in 2019.

Through interviews with several musicians based in the Washington D.C. area and elsewhere, it’s clear that the loss of spaces for “house-shows” is not unique to the nation’s capital. “When I toured in March for SXSW, I was surprised at how many spots said we were their farewell show or damn-near close to it,” said Hirsch.

The Dunk Zone, his stop in Charleston, SC, has since shuttered its doors. Local law enforcement points to noise complaints because of neighboring apartments. Local students from the College of Charleston and Charleston Southern blame the gentrification: “Dunk Zone was here before the brick-and-glass buildings the alum are all moving into,” said Anna S., a senior at USC.

There are clashes in Washington D.C. between newer and older residents with regard to noise-complaints. Most recently, the two-day silence on Chuck Brown Way where a Metro PCS came under fire for playing GoGo music loudly, prompted the internet trend #DontMuteDC as well as a block-wide protest.

Noise complaints are not to blame for Washington’s “house-show” shrinkage. These community-based venues are usually zoned as residential areas and may very well be someone’s home.

“It’s the DIY way,” said Hirsch. “DIY is do-it-yourself. It’s what all the underground indie kids are calling themselves. It’s a whole scene of us, always has been. Throwing our own shows and doing our own thing.”

For community-based spaces like those that littered Georgia Avenue and Portal Drive in Northwest, their snuffing out didn’t come from noise-complaints. For example, Union Arts, located on New York Avenue in Northeast, have closed and reopened due to being behind on rent.

“MOCA DC is like that too,” said Shara W, a 22-year old musician and barista from Washington D.C. “I worry Rhizome will get closed for that reason but that’s why when I host shows there I give a good portion of my proceeds back to the venue.”

In the early 2010s, some shuttered music spaces in Washington D.C. saw a revitalization. For example, the historic and esteemed Lincoln Theatre reopened its doors in 2013. The landmark, originally opened in 1922, is now operated by I.M.P as per D.C.’s prompt. I.M.P also moved the historic 9:30 Club from F street to the current location at WUST Music Hall where they boast a capacity of 1200.

Most notably, I.M.P also opened The Anthem down near The Wharf. The Anthem is the only venue of its size (6000-capacity) in Washington D.C. and was graced by The Foo Fighters on opening day in 2017.

Where there is a lack of community spaces, there has been a spur in independently-owned and operated venue spaces. The punk-teens of yesteryear turned into the current business-owners in Washington D.C. U Street Music Hall, 500-capacity, opened in March of 2010 and is DJ-owned and operated. DC9 Nightclub, a three-level venue situated near the heart of U Street, boasts a 250-capacity music room and is independently-owned.

“Booking is a tough game,” said Alli Vega, the new music booker at DC9 Nightclub. She explained that knowing who you’re speaking to and maintaining solid relationships with agents is key.

She was an inaugural intern with Songbyrd DC’s booking internship with John O’Connor, a respected name in Washington D.C. that books at The Fillmore, Songbyrd DC, Milkboy Arthouse, and more. Alli is an alumna of American University and a former-DJ at WVAU, the university’s student-run radio station.

“I knew absolutely nothing about booking or the business side of the scene,” said Vega. “I worked on events while in school and interned with Johnny.” She said he taught her a great deal about how the industry works.

Vega plays as part of a band herself, like Hirsch and so many others. The “all hands on deck” approach that the districts’ musicians have taken to entrepreneurship, organization, and camaraderie have in a way staffed off the negative effects of shuttered community spaces.

Vega and her band, Lavender, had a near sell-out at Comet Ping Pong (another independently-owned space) on Connecticut Ave last week. They also play at Rhizome regularly. Hirsch along with Alfred, have performed in both Dwell DC, Songbyrd and DC 9. This mix of community-spaces and independently-owned venue performances make for a healthy scene.

“I know it sucks that house-shows are under persecution,” said Hirsch. “But in D.C. if you know the right people- you know that music is thriving here.”