The Song that Scares Halloween Straight 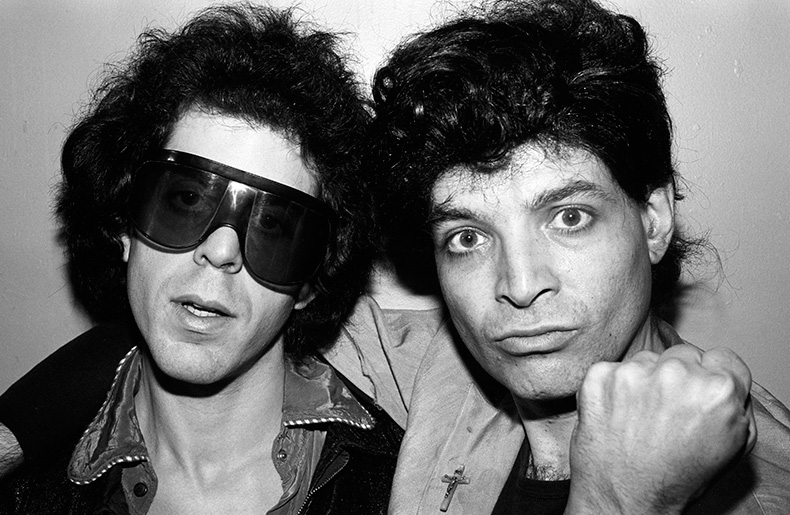 Picture this: you’re a 13 year old Milo and you’re anxiously researching your own punk status to prevent your potential present and future poseur-dom. In order to do this, you’ve literally begged your ex-hippie father to buy you Al Spicer’s A Rough Guide to Punk(not a good book but it got you into pragVEC!) as soon as you saw it lying on the shelf of whatever book store you both were visiting one day. You dig into the book as soon as you arrive back at home and come out of its pages a disheveled mess not quite knowing what to make of its questionable contents, but you proceed with familiarizing yourself with the genre it was poorly explaining anyway.

You’ve decided that the methodology of your research would essentially come down to looking up any song the book specifically mentions outright, and this goes well for a time. You find some life-changing songs like “Disorder” by Joy Division and “Do The Pop” by Radio Birdman! But then you find… it.

Jumping right out of a hell that Lovecraft himself would be too afraid to write about, “Frankie Teardrop” is a ten minute test in dread and anguish that Wikipedia has the audacity to call “an epic”. It’s not. It’s Alan Vega and Martin Rev wielding nightmares as their instrument and morbid intrusive thoughts as their muse. There was not a single moment I had sitting through that long, long ten minutes where you could’ve seen me breathing peacefully or cheerfully humming along. I was spread flat across my bed, eyes wide with fear, and desperately hoping that the shadow coming up into my view of the hallway was my mother. To this day I haven’t the faintest clue as to what spell was used to paralyze me in place back then, incapable of reaching up to pull out my headphones.

I’m being serious when I say that the terror that welled up within me that night resulted in a purposeful avoidance of the song for the next 8 years on my part followed by my always drawing a complete blank whenever I’ve tried to remember what the song sounded like if I came across reference to it. I can only assume the intensity with which I compartmentalized the trauma it gave me equaled to my mind just flat-out refusing to give this theme from the dark dimension any brain acre. Fact of the matter is, the only reason fostering my return to it is the suggestive change in maturity that could only come with the length of time I’ve spent in rehabilitating myself afterwards. I thought I was ready. I wasn’t.

There’s a lot feeding the “Frankie Teardrop” formula for audio-induced trauma flashbacks. Suicide was a naturally unnerving outfit whose ominous name, look, and especially sound captured the darker anxieties of their environment and era. Even in songs like this one or “Ghost Rider”, two pieces technically concerned with the supernatural, it is not the spooky subjects of their song they were interested in but, instead, what waited just outside of them. Frankie goes to hell in this song but Suicide utilized this as a means by which they could then themselves respond to the agonies that they, and Frankie, were suffering prior to the supernatural even making itself known thematically. It drips like daggers the animalistic fear of being eaten whole by their predators, the dangers spawned by their environment. It’s the fear of not having money for your landlord, losing someone you love, or even being faced with the unquestionable truth of violence being all around the individual, out of sight most of the time but the seeds of its possibility sprinkled and finding home between the ears. I hear Suicide and I see dark alleyways wheezing miasmatic, possibly sheltering fearful invaders in corners of darkness where the starts and ends of shadows aren’t certain. These notions are central to the band’s aesthetic.

But then there was the screaming. Oh, GOD, the screaming. Radio host Tom Scharpling has apparently made it a habit to force friends of his to listen to this song under the scariest possible circumstances and whoever was able to get past the first nine or so minutes completely bailed as soon as the shrieking started. No one has completed his challenge and it’s been on for years now. I can’t even do it in a well-lit room and surrounded by nothing but pleasance.

So I ask this of you: this Halloween, try the “Frankie Teardrop” challenge out. Maybe you’ll find out you have nerves of steel; maybe you’ll turn it off after 30 seconds. But hey, if you want spooky, just listen to this because it’ll destroy all your trick and lay waste to your treat. Good luck!