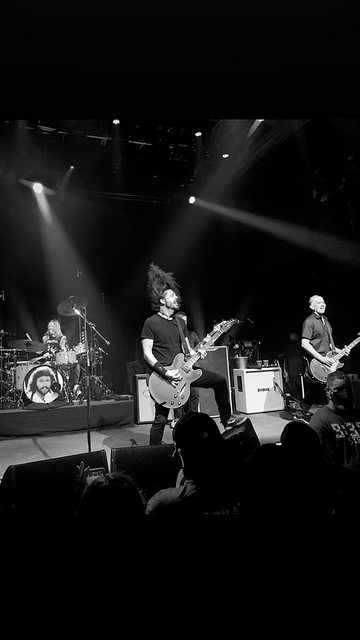 Yesterday, the Foo Fighters announced a surprise show at the legendary 9:30 club, ending the club’s “reopening week.” Tickets sold out almost immediately- in less than 10 minutes. The band played an energy-filled set and dominated the stage for over two hours, ignoring the District’s 10:30 curfew. They played 21 songs, including a song from Grohl’s newest project, the “DeeGees,” a Bee Gees cover band. “It’s no Go-Go,” Grohl remarked, referencing the city’s rich musical past, “but still.” The band also took a fan request and played “Weenie Beenie” off their first record, a song that hasn’t been played since 2018. Grohl also took to the kit for a Queen cover, ripping drum solo after drum solo, even including a snippet from Queens of the Stone Age’s “No One Knows”, a song Grohl helped the band record in 2002.

The Foo Fighters frontman then ended his speech with an absolute bombshell: “Guess what? They’re going to open up a place that’s an exact replica [of the original club] next door… Nobody knows that, because I’m the first one to tell you right now.”

He then poked the crowd, “You guys want us to play there?” After a roaring crowd, he laughed. “I’m not playing that f***ing sh**hole… who am I kidding, we’ll probably end up opening it right?” The question was pointed at Seth Hurwitz, the current owner of the club, who sat right above Grohl. “Everybody calls the f***ing Foo Fighters when they need to open a club.”

The band ended the set with their concert staple, “Everlong”. A sold-out crowd of 1,200 singing in harmony was the perfect christening to the new beginning of concerts.