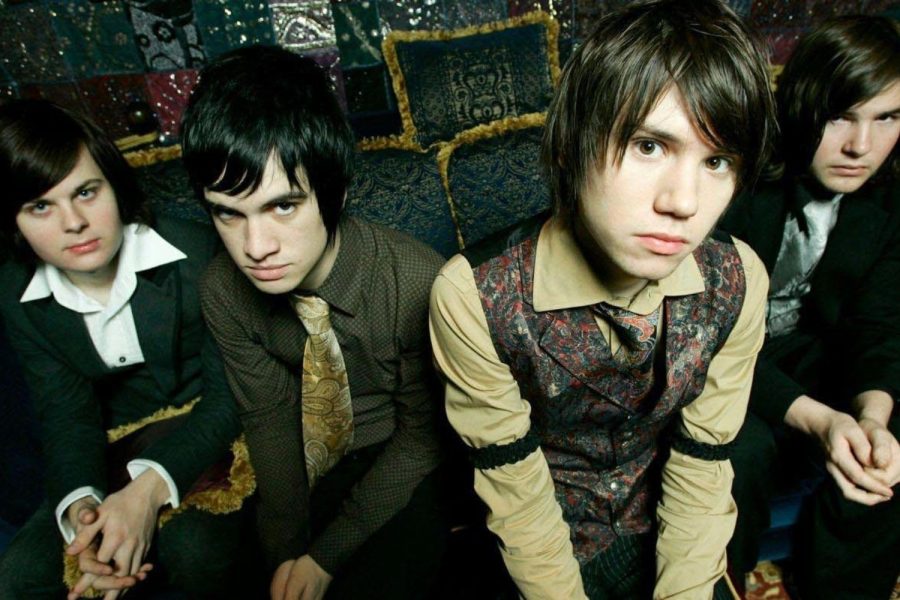 My name is Jessica Anthony, and I’m an ex-emo. Well, as someone who is currently wearing a
Killers shirt, black nail polish, and a beanie, maybe ex isn’t quite the correct terminology.
Recovering? Raging? Call it what you will.

Regardless, 2000s-2010 Emo and Pop-Punk music will always hold a special place in my heart,
and in my eyes, no album will ever capture that sound better than Panic! At The Disco’s A Fever
You Can’t Sweat Out. Welcome to the Middle School Gothic, where I look back at my favorite
albums from my middle school years and see if they hold up to the test of time.

A Fever You Can’t Sweat Out has a strange legacy. When Panic! At The Disco first broke out on
the scene in 2005, they took the world by storm. Signed to Pete Wentz of Fall Out Boy’s label,
they seemed destined for greatness – and in many ways, they achieved all of what they had
been hyped up to do. The album went triple platinum, and the band stole the hearts of teen girls
everywhere. However, where their teen fanbase was swooning, critics were appalled. The
general consensus among those salaried at Pitchfork was that the album was an atrocious,
derivative mess; full of clichés and bad production which ripped off Fall Out Boy and offered
nothing else of substance. When I first discovered these reviews, my first thought was, “did we
even listen to the same album?”

Look, Panic! At The Disco is not perfect. They have fallen out once again with critics in recent
years due to what I perceive as genuinely bad music, but when it came to their earlier works,
this kind of visceral hatred seemed… odd? Recent retrospectives done on the album agree,
recognizing it as an incentive and theatrical satirization of early 2000’s media obsessed culture,
full of poignant lyricism and genuinely inventive use of synth in a rock heavy genre. The album
is almost split into two parts, starting with a more traditional pop punk sound with songs such as
Camisado and Time to Dance having a traditional four piece band sound. However, as the
album progresses and particularly once Intermission passes by, the sound takes a much more
theatrical and experimental turn.

Lead single I Write Sins Not Tragedies is a beast of its own. If any song testifies to both the
experimental quality and lasting power of this album, it would be I Write Sins. The song, which
opens not with guitar or a drum solo, but instead a hook played on the harpsichord, cello, and
xylophone – instruments which were actually being played by a middle school band on the
recording. The band eventually joins in, and lead singer Brendon Urie sings the iconic chorus “I
chime in with a/”Haven’t you people ever heard of closing the goddamn door?””, a lyric so iconic
even kids born after the song was written usually know how it goes.

The rest of the album holds up just as well. Each song brings something new to the table, with
songs like I Constantly Thank God For Esteban and There’s A Good Reason These Tables Are
Numbered Honey, You Just Haven’t Thought of It Yet (a song title that screams “there was a
minimum word count) go further with the unorthodox instrument use, making for songs I
genuinely cannot imagine ever perceiving as derivative.

My hunch is that this album fell into the same trap that a lot of music written for teenage girls
does. Our taste in music often gets discounted and perceived as silly and frivolous, and it’s not
until men begin to realize the genuine artistic merit behind the music that critical reception
begins to change. It’s a phenomenon seen time and time again, dating all the way back to The
Beatles. Panic! is no Beatles of course – like I said earlier, their music has fallen off and their
legacy remains strange, but nobody can convince me this was a bad album. It absolutely holds up.