This Week’s Theme Song: A Mix-Match of Music

There cannot be one overall genre of music to describe this week.
A lot went on for me this week. One moment I was tired, the next bored, and then energized. So many exciting things happened for me this week but also nothing really happened. Each day brought its own challenges, which can really be reflected in each song choice. Welcome to “This Week’s Theme Song”.

Wednesday I had a pretty relaxed day. I only had one class and not much work to do the rest of the week. “Back To Oz” – Sufjan Stevens & Angelo De Augustine gives off the same relaxed and optimistic feeling that I was experiencing that day. The tempo is generally relaxed but picks up at the chorus which feels like a wave washing over me as I listen. The lyrics are also very mellow, much like myself that day. I felt like I had nowhere to be and nothing to do, which was a feeling I hadn’t experienced since the summer. This day was very much needed as it gave me time off of school and some time to take care of myself.

Thursday was pretty relaxed as well and nothing especially interesting happened to me that day. I really only had class that day and some work to do after that. “Blackout Control” by Spendtime Palace gives off that lighthearted feeling that I experienced that day. This song is in the same genre as many of my other songs much like how my day felt like most of the days previously. The relaxed guitar compared with the drums reflects the speed at which I felt the day went, and the overall sounds conveys my calm mood for the day.

Friday was a cold and rainy day. I walked back in the rain from class and then went to Trader Joe’s with my roommate. I just remember feeling sluggish and tired that day, which is how I feel on most rainy days. “Stay And Rest For A While” by Good Dog perfectly captures that melancholic feeling of the day and of myself. The tone of the singer’s voice, supported by the slow tempo-ed music really illustrates the slowness of that day. “Stay And Rest For A While” also talks about taking things slow and finding time for yourself to rest and reflect. I really felt like I did just that that day and really took everything that day one step at a time.

On Saturday, my hometown best friend came to visit for the weekend. I was excited to show her around campus as well as DC. “Never Enough” by Rex Orange County is a song we both really like and reminds me of life back at home. We would always sing this song in the car at home as we drove around from town to town. “Never Enough” is also just a really good song and the lyrics are really powerful, no matter what you are going through on that day. The song feels like a release of pent-up emotions and it’s really therapeutic to scream-sing to it, which is what my friend and I like to do. 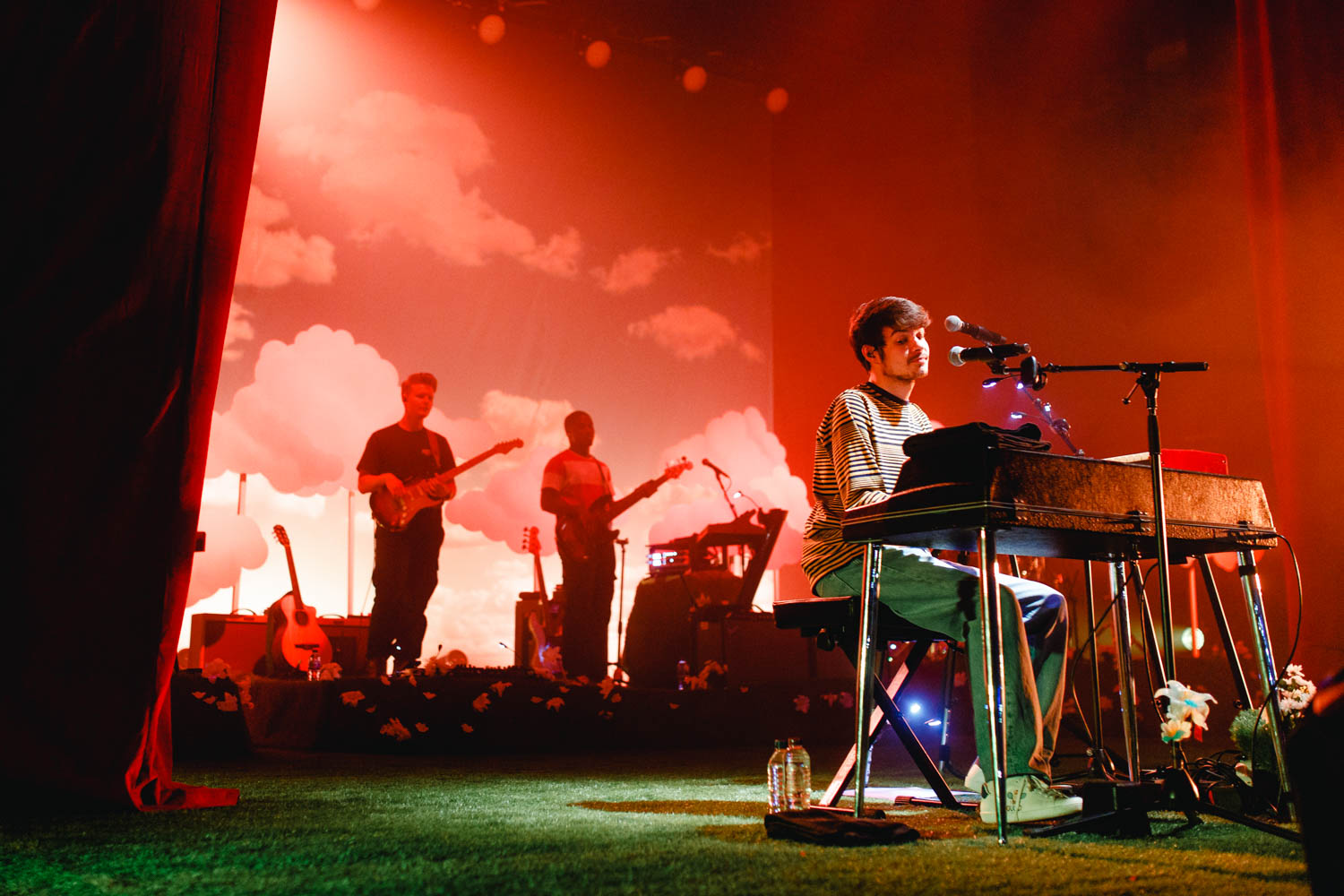 On Sunday I had my radio show… oh and it was Halloween! For the show I made a playlist of fall-sounding songs, weird songs, and halloween songs. “Somebody’s Watching Me” by Rockwell was one of the songs I played, and since I played it it was stuck in both my head and all my friend’s heads. This song has been around for awhile, but recently got a reprise on TikTok. I’d always known this song but since its recent popularity, I added it to my show playlist. It’s overall a pretty catchy song and is especially good to play during Halloween time.

On Monday I was pretty exhausted, like most freshmen, due to the fire alarms that previous night. I had also filled in for someone at the radio, so I had to quickly make a playlist for the show. I added “Fabrics” by Felly, a song I honestly kind of forgot existed until that day. This song was introduced to me by one of my best friends from home and it’s overall a really good song. It kind of reminds me of The Catcher In The Rye, which I’m not sure if that is a red flag for this song, but it’s still definitely worth a listen. It was good to listen to “Fabrics” again and relive why I loved this song so much. It’s got a catchy beat and cool lyrics that makes it a song everyone should listen to.

Tuesday was a very rainy and cold day. “Ghost Town” by The Specials perfectly paints the picture of that tired and dreary day. I had also played this song on my radio show on Halloween and have since then added it to my main playlist. It’s got a cool reggae beat which is contrasted with an ere tone. It’s a mixture of genres for sure but it’s got such a creepy feeling to it that it all works together. It reminds me of walking around campus in the rain and no one being out, which I don’t blame them for.

Wednesday was a cool yet sunny day. I enjoyed the contrast in the weather and it really brightened my mood from the previous day. “Problems” by Mother Mother gives an electric, optimistic sound that I was really feeling today. I felt energized and this song really helped me with that. It’s contrasted with an electric sound at the start of the song and picks up to almost a heavy metal sound at the chorus. Although this song goes through a rollercoaster of sounds, it’s definitely a song you should listen to if you need to wake up.

Hopefully now you understand the title of this week’s column. The songs mentioned in today’s column are: “Back To Oz” by Sufjan Stevens & Angelo De Augustine, “Blackout Control” by Spendtime Palace, “Stay And Rest For A While” by Good Dog, “Never Enough” by Rex Orange County, “Somebody’s Watching Me” by Rockwell, “Fabrics” by Felly, “Ghost Town” by The Specials, and “Problems” by Mother Mother. This week had a lot going on, and sometimes that’s good for me. I like when I have things to do, but I also enjoy those chill and relaxed days off. I don’t get enough of those days, probably because of school work, but when I do they are truly something special.