Middle School Gothic: When Rock and Roll was Saved 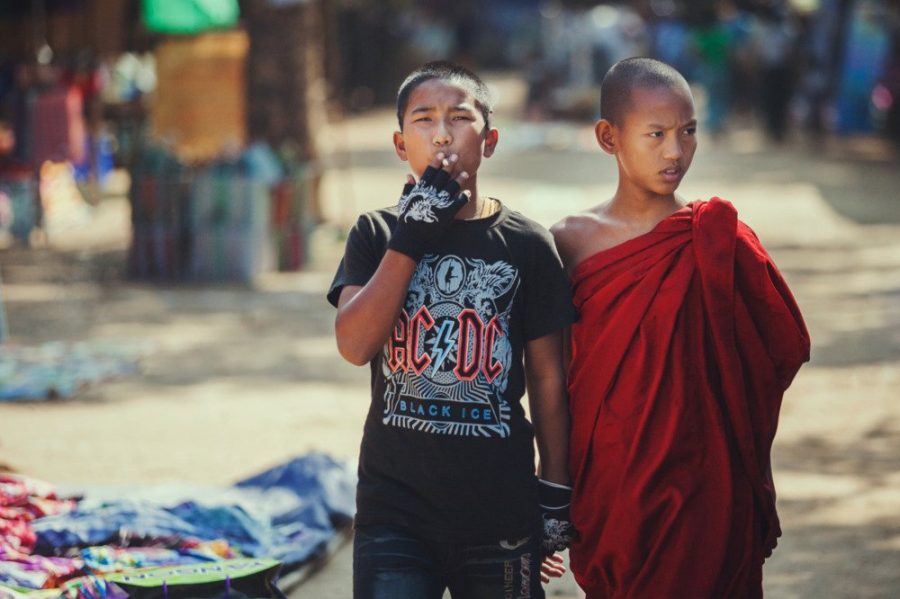 I sometimes think I was genetically predisposed to liking rock music. My dad, a 90’s metalhead whose favorite band continues to be Metallica, swears my first ever favorite song was “Battery” from the Metallica and San Francisco Symphonic Orchestra. Apparently, when I was an infant, I would calm down whenever I heard the electric guitar start to play.

When I was old enough to start picking the music I wanted to listen to, it seems like those early instincts started to kick in. One of the first albums I ever spent my own money on was Save Rock and Roll, the fifth studio album by Fall Out Boy, their fifth studio album and first album made by the band in almost four years. Of course, middle school me didn’t know that. I was too busy getting absolutely blown away by what I thought was the best music I’d ever heard.

Now finding myself at age twenty going through the album again, I can admit that’s a bit of a stretch, but I also still find it fun! I feel like Fall Out Boy gets a pretty bad reputation in music nowadays because of how horrible their last album was, and how militant their fans and defenders were. Some of it is well deserved (I still have not been able to make it through MANIA all the way), but I argue that Save Rock and Roll was a really good album.

The songs are fun, catchy, and embody a very specific arena rock sound that could really only have been made by a band with Fall out Boy’s history. They had gone on hiatus almost four years earlier, due mostly to personal reasons and band members taking time for their personal lives or pursuing solo projects. Save Rock and Roll was their comeback album; an announcement to the world that they were once again a force to be reckoned with. It would go on to debut at #1 on Billboard, making it the second number one in their career. It combined elements of their old music, like the moody lyrics and glam-rock dance undertones, and modernized the sound for 2012. Their new sound was much more Pop than ever before, especially apparent in songs like “Miss Missing You” and “Just One Yesterday.”

However, not all aspects of the album were as good. There were a lot of questionable artistic decisions being made, perhaps the most perplexing of which being the collaborations they picked. “Rat-a-tat” features a strange and unhinged rant by Courtney Love, and Big Sean on “The Mighty Fall” was certainly an out of left field pick. Some of the ways that they chose to translate to Pop made the music more generic, like “Just One Yesterday” losing almost any kind of edge with its soft bordering retail pop sound.

Still, as a whole, the album has more good than bad. With some standouts being “Young Volcanoes” and title track “Save Rock and Roll,” it’s easy to see the redeeming factors. Risks failed, but they also succeeded, making for a fun comeback to the music industry for Fall Out Boy. I can’t say I would still call it the best music ever, but seventh grade me was certainly on to something when she bought it on iTunes.