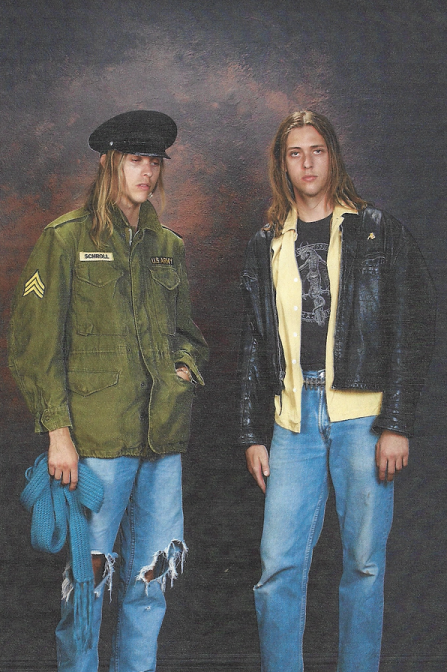 Hailing from Orange County, California, The Garden is a band made up of twins Wyatt and Fletcher Shears. Established in 2011 when the twins were only 18, they have been touring since 2012.

Describing their sound as “constantly evolving”, The Garden’s music is experimental, and relies heavily on demos from anything and everything. On top of these intense demos, Wyatt takes on vocals while playing the bass, and Fletcher plays the drums. All of these different parts come together to make the band’s signature sound.

Their discography includes such albums as Everything is Perfect, The Garden, The Life and Triumphs of a Paperclip, haha, Mirror Might Steal Your Charm, Kiss My Superbowl Ring, and most recently HORSESHIT ON ROUTE 66. On top of these albums, the band has still managed to release more EP’s and singles, most notably including “Thy Mission”- a collaboration with singer Mac Demarco.

The Garden’s latest release, HORSESHIT ON ROUTE 66, runs just under 25 minutes. Their seventh album, released on September 8th of this year, puts their ‘vada vada’ style on full display. Vada vada, a term coined by the band, refers to the idea of creating without restrictions, a core ideology of the band. The twins have used this vada vada mentality to start the ‘vadaverse’, their own music collective including The Garden among their own solo acts- Puzzle and Enjoy.

Their vada vada style is not only prevalent in their music, but also in their performances. They are known for their energetic and “off the wall” performances, and this tour is expected to be no different. Touring following the release of HORSESHIT ON ROUTE 66, the band will be at The Howard Theater tonight, October 6, at 8PM, with doors opening at 7. Tickets are still available for $25, and all ages are welcome. They will be joined by opening acts Flipper and Kumo 99. There are currently no COVID-19 restrictions in place for tonight’s show, but that is subject to change.