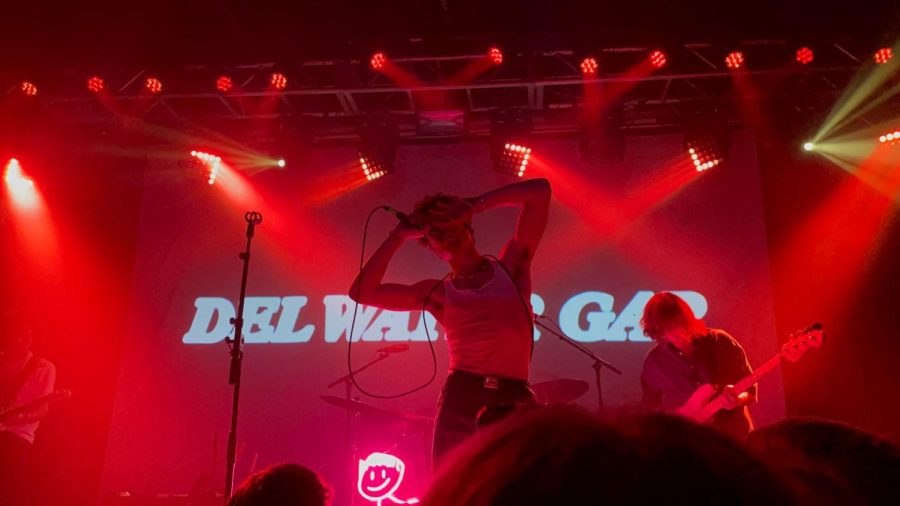 Del Water Gap is an artist you’ll never get tired of listening to. The solo project of producer and songwriter S. Holden Jaffe, he has been releasing music under the name Del Water Gap since 2015. Alongside his solo music, he has worked with artists such as Maggie Rogers and Claud. In his own music, his sound remained consistent, typically deeply emotional with themes of heartbreak and love. After six years of releasing EPs and singles, Del Water Gap released his first album in 2021, to much acclaim and praise.

Del Water Gap’s self-titled album perfectly encapsulates feelings of nostalgia, yearning, and deeply personal experiences of romance. The twelve songs featured on this album work together to display his longing for a normal life and steady romance, as well as recounting past failed relationships and the hurt they caused. On his website, Del Water Gap describes his music as being, “inspired by romantic encounters and dimly lit rooms.” Listening to his self-titled album feels exactly like that. The gut-wrenching pull of Del Water Gap’s lyricism paired with fairly simple production that highlights guitars, synth, and percussion allows the listener to put themself in his place as he navigates love, heartbreak, and change. The cohesive vibe of the album allows listeners to sink deep into the album without any jarring changes within the flow of the tracklist.

Two songs off the album, “Ode to a Conversation Stuck in Your Throat” and “I Hope You Understand,” particularly encapsulate the yearning that Del Water Gap feels in his romantic life. “Ode” paints a picture of a friendship turned romance and his intense desire for monogamy within that relationship. In the post-chorus he repeats, “Tell me that nobody else touches you like I do, like I do / Oh, tell me that nobody else touches you like me.” As Del Water Gap pleads for monogamy from his partner, listeners understand the sense of longing and underlying jealousy  that he feels. He wants stability with this person, but is unsure if they are able to deliver. Similarly, in “I Hope You Understand,” the chorus repeats the phrase, “I hope you understand how much you mean to me,” while the verses seem to say that his partner understands that they mean everything to him. He uses imagery such as, “You cracked a smile and kissed me /And you cut me like a loaf.” Del Water Gap implies a power difference in the relationship that he describes; he is fully committed to the relationship while the other person may not be. Both of these songs tie back to the intense desire for a monogamous relationship and the stability that comes with it that is felt throughout the album.

Del Water Gap also explores the idea of a “normal life” and his yearning for simplicity in his life through the songs “Alone Together” and “Uh-Huh.” The verses in “Alone Together” describe stereotypical staples of a comfortable home life, such as cooking breakfast and doing a crossword puzzle in the morning. Del Water Gap contrasts his desires for this life with the anxiety he feels about pursuing it, saying, “I’ve been superstitious at night now, I’ve been / More specifically I’m frightened.” He explains his desire for the so-called “normal life” as well as his fears of what comes with it. In “Uh-Huh,” he continues to explain his eagerness for a simple life as well as his apprehensions. In the first verse he sings, “A sun filled room / A bed to sleep / A friendly neighbor to wave at me / These simple things I’ll always need.” The imagery that Del Water Gap presents is that of comfortable domestication. Despite the descriptions of comfort, the song is underlined with doubt, showcased in lines like, “Will you still love me when I’m sober, babe?” and “she’s too famous to move with me.” Del Water Gap’s fear of losing someone’s love and change in relationships is apparent. 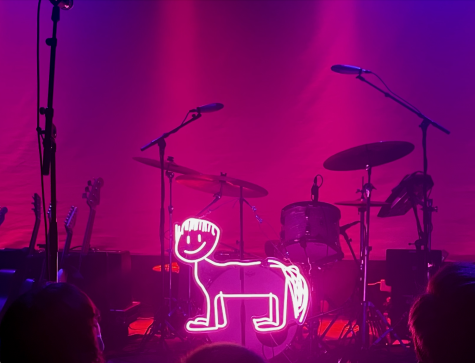 Outside of his music, Del Water Gap presents an endearing and lighthearted personality online. In addition to his main Instagram account, he runs a private account with only 2,150 followers under the name @horsewithbowlcut, named after the line drawing of, yes, a horse with a bowl cut, which is found on his merch and the neon sign behind him when he performs live. He uses this account to connect with fans and make announcements for events like early merch releases. As previously mentioned, he is well connected and consistently works with artists like Maggie Rogers, whose new album he helped produce. His down-to-earth style is apparent in his lyrics and lowkey production type. Del Water Gap’s internet personality outside of the music he creates is crucial to understanding him as an artist.

Between his music and his online presence, Del Water Gap is a grounded artist who creates music that encapsulates experiences felt by many. The themes of heartbreak, longing for an ordinary life, and complicated romances found in his music combined with his captivating production style allows listeners to sink into his music and feel his experiences with him. Del Water Gap’s self-titled album showcases his talent as a songwriter and musician, and sets the tone for his future projects. If you are looking for an album that you can dance and cry to, with gripping lyrics and compelling production, Del Water Gap’s self-titled album is perfect for you.