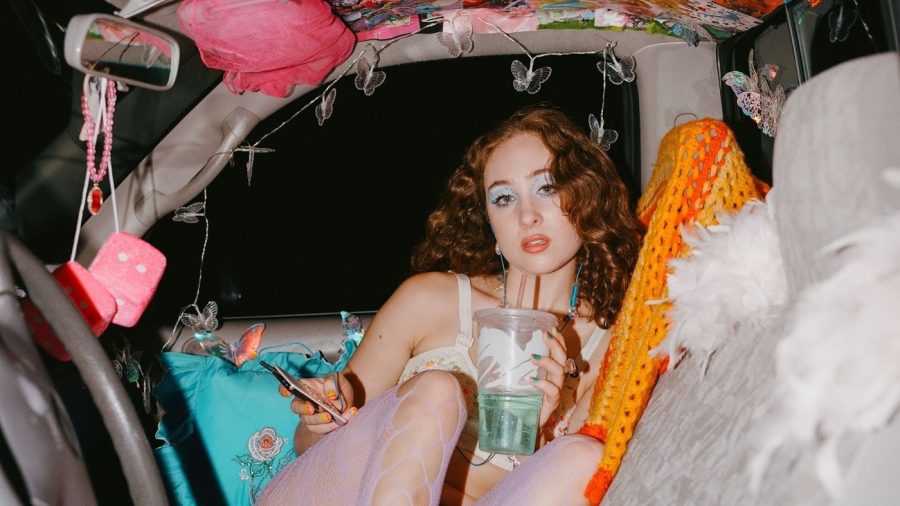 Puddle Music: Chappell Roan is Changing Pop Music, and You Should be Paying Attention

Chappell Roan is transforming pop music as we know it. Originally from the small town of Willard, Missouri, Roan was discovered when she was a teenager by Atlantic Records. Under Atlantic, she released a few singles and an EP in 2017 in addition to opening for Declan McKenna and Vance Joy on their headline tours. Roan released her single “Pink Pony Club” in 2020, and although it received much praise, she was dropped by Atlantic Records. After being dropped, she didn’t release music for two years, but now she’s back from her hiatus, and here to stay.

As an independent artist, Roan has creative freedom over every aspect of her music, from the lyrics to the makeup and costumes in her music videos, and she takes full advantage of it. She thrifts her clothes and makes her own costumes, all of which are bedazzled and extravagant. When listening to the music she has released as an independent artist compared to her earlier works, the difference is clear: all of her music is exclusively hers, and her newfound happiness is felt by listeners. Roan’s combined pop-star and small Midwest town energy adds to her aesthetic as an artist, and her shift from corporate to independent is apparent in the new music she has released this year.

Her first single in two years, “Naked in Manhattan”, was released in February 2022, to much excitement from long-time fans. The song describes her first queer relationship, and perfectly encapsulates her excitement while showcasing her artistic capabilities and powerful vocals. The music video, shot on film, depicts her in multiple bright, glittery outfits as she dances through the streets of New York. The song and its music video perfectly show the anxiety and excitement of this experience, as well as the queer joy that accompanies it. Through lines like, “A pisces who knew that we were so aligned” and “Mean Girls, we watch it every night / And we both have a crush on Regina George” Roan explores the playfulness of first love and the excitement of queer joy.

“Naked in Manhattan” is also seemingly a continuation of “Pink Pony Club”, her last single released under Atlantic Records. “Pink Pony Club”, her most popular song to date, describes a small-town girl’s dreams of moving to LA and becoming a dancer at the fictional Pink Pony Club, which was inspired by the real life gay bar, The Abbey. She dreams of escaping the town she grew up in and entering into a new environment populated by drag queens, other queer people, and those who accept her for who she is. In “Pink Pony Club”, she describes her anxiety surrounding what her mother will think of her choices through the lyrics, “Won’t make my mama proud / It’s gonna cause a scene / She sees her baby girl / I know she’s gonna scream”. However, in “Naked in Manhattan”, Roan approaches outside opinions of her queerness with less anxiety, evident through the line, “Could go to hell, but we’ll probably be fine”. Roan dreamed of existing freely in a queer space without judgement, and in “Naked in Manhattan”, she has achieved that. 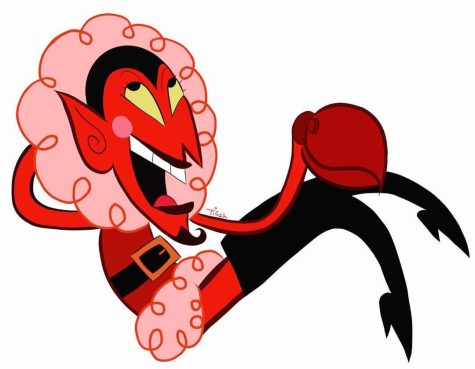 Following the release of “Naked in Manhattan”, Roan released three additional singles throughout this year, “My Kink is Karma”, “Femininomenon”, and “Casual”. All three have contributed to her aesthetic, while showcasing her talent. In the “My Kink is Karma” music video she sings to her former lover while wearing a red glittery outfit inspired by the villain HIM from the Powerpuff Girls. On the cover of “Femininomenon” Roan sports a neon pink and green outfit with a dirt bike to match, while the lyrics describe her annoyance at men and the need for a “Femininomenon”. Her most recent single, “Casual”, released on October 28th, depicts Roan’s struggle in a situationship and her longing for clarity on her relationship with her partner. Throughout the song, she describes emotionally charged scenarios that she and her partner have been in, while repeating the phrase, “Is it casual now?”. She dreams of stability for their relationship, while attempting to put on a face of being fine with the way it is. In the bridge she sings, “And I try to be the chill girl that / Holds her tongue and gives you space / I try to be the chill girl but / Honestly, I’m not”. Roan wishes she could accept the situationship for what it is, but admits that she is not the kind of girl who can do so, she is not the “chill girl”. Roan’s depictions of common experiences, such as a confusing situationship, invite listeners to connect with her, and she perfectly dictates the pain and emotions felt by many.

If Chappell Roan continues to put out music at the caliber she has this year, there is nothing stopping her from becoming a star. She is extremely dedicated to her craft, and has the lyrics and aesthetic to back her vocals up. She is reinventing pop music in her own way, and clearly having fun doing it, which sets her apart from everyone else in the pop genre. Her innovative and bright aesthetic creates an enjoyable listening experience no matter the vibe of the song. If she continues on the track she is on now, there is no doubt that she will go far. Chappell Roan is an artist to watch, and you won’t want to miss out on her rise to the top.