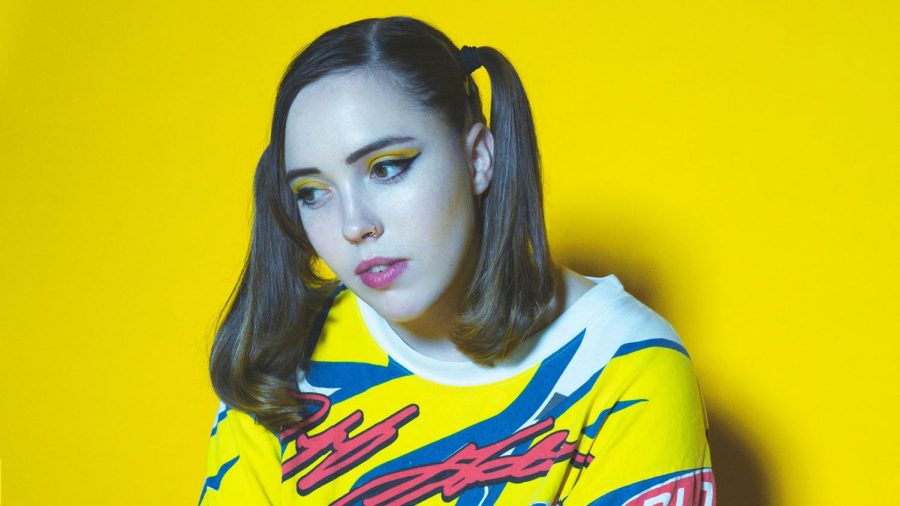 What show could be so coveted, so highly awaited that it would deserve an added night of performance? The answer is no other than the one and only Soccer Mommy. After a rapid sell out of a first performance, it would have been an injustice to DMV indie fans to not receive the honor of an added second night

This weekend Washingtonians can catch two moving performances from Sophia Allison at the 9:30 Club, on Saturday at 10 and Sunday at 7.

After her 2022 release of Sometimes, Forever, fans are able to bathe in the glory of Sophia Allison accompanied by her talents to take one out of their own self and look back on the maze from above.

This project was a particular heart-wrencher using stirring lyricism accompanied by masterful synth  birthed a project that many fans and the industry didn’t see coming. In just 43 minutes Allison describes to fans the duality of living with fame in the music industry. When you are so committed to the craft and you have come such a long way, what did you sacrifice? Who did you leave behind? The confusion and weariness can be heard through the whole album forcing listeners to empathize and think about what they would do in her docs.

Fans encounter the internal struggle when the line “I don’t want the money / the fake kind of happy” is thrown into the listener’s face during “Unholy Affliction”; not only early in the song, but also on the second track in the album. Fame and fortune has found it’s way to Allison’s doorstep, but is it really the success she hoped for? Now the tone is set and the focus is centered on what the listener must grapple with.

As if the pain of the music industry wasn’t enough, Soccer Mommy’s loyal fan is jerked back and forth emotionally as she describes a complex relationship in “Shotgun”. With eyes forced open, listeners are subjected to the back-and-forth throws of a seemingly unfulfilling relationship. A mind bending angle is that they seem to appreciate the small moments like laying in each other’s arms, but the violent image of the shotgun eludes to more going on beneath the surface leaving one eyebrow raised.

This time Soccer Mommy teamed up with legendary musician Daniel Lopatin, a.k.a Oneohtrix Point Never. Lopatin’s resume is extensive with a specific focus in emotive synth and was the brains behind the Uncut Gems soundtrack. Loptin forces the album into a new world of shoegaze and combines elements of industrial noise. The added effects create a more profound album adding to the emotional complexities of the lyrics. With Allison’s arrangements and Lopatin’s moving synth, the two have created a sound unique as a fingerprint and as moving as a piece of fine art.

Performances like this are once in a lifetime moments, defining a musical era that has carved its name in stone. When standing back far enough the image before you is the great work of art that is indie pop. Step closer though, and among all the talent, of which there is so much, is a special place saved just for indie pop’s dear star, Soccer Mommy.