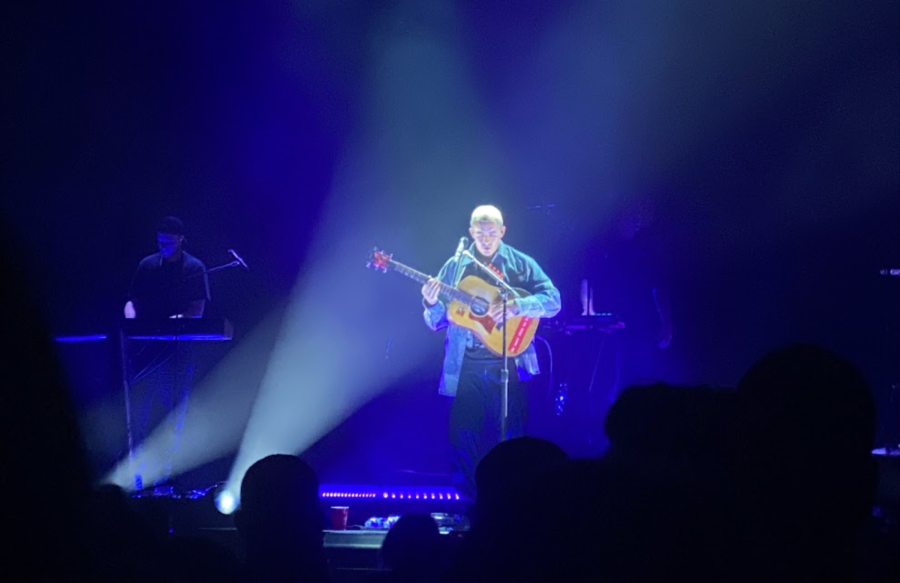 Three years ago, I received tickets to see Dermot Kennedy at the Upstate Concert Hall, a tiny, whole-in-the-wall venue outside of Albany, New York that prides itself in featuring artists on their way up or on their way down. In the case of Dermot Kennedy, he was on his way up, having a small but loyal following in the US. Since then, Kennedy has released his sophomore album, Sonder, is headlining festivals in the UK and the US, and is in the midst of an international stadium tour that will include Madison Square Garden and Red Rocks. I’ve watched this journey and – like many long-term fans – have held my breath to see whether Sonder will include the raw and powerful lyrics Kennedy is known for or take another direction.

Sonder was released on November 18th and consists of 13 songs. The album is a long-time coming and includes songs that Kennedy wrote and recorded the past few years.  Kennedy started releasing songs that would end up on the album as early as the summer of 2021, when the song Better Days was released. According to Kennedy, Sonder reflects “the realisation that each passerby is living a life as vivid and complex as your own.”

Prior to the release of Sonder, Dermot Kennedy was set to open for Shawn Mendes on the North American leg of the Wonder tour. When Mendes canceled the tour for mental health reasons, Kennedy had an entire summer open up. Never one to sit idle, Kennedy came up with the idea for the Sonder Street Sessions. Throughout the summer and fall, Kennedy has traveled the world, from New York City, to Paris, to Stockholm, to Chicago. The day before he arrives in a city, he announces he will be playing a free acoustic set at a park or some other public location. In doing so, Kennedy is returning to his roots of busking, which is playing music in the street for voluntary donations. Kennedy started busking on the streets of Dublin when he was 17. The Sonder Street Sessions created anticipation for the release of Sonder, as Kennedy has played new songs at the sessions. Most recently, Kennedy has used the Sonder Street Sessions to raise funds for a number of social organizations, including New York City’s Bowery Mission, which is fighting homlessness, hunger, and poverty. Kennedy asked fans to donate what they could to support organizations doing critical work in local communities.

Many fans worried that Kennedy was straying away from his roots with the release of the third single, Kiss Me, which has a much poppier sound than his previous music. Kennedy explains that the message behind the song is that love is worth it and that even when things are falling apart and life feels short, there’s still always something to hold on to. Kennedy has since released acoustic and live versions of  Kiss Me. In those versions, it is evident that Kennedy does not stray away from his roots or the ability to tell a story through his music. The balance of the Sonder album includes the haunting ballad, Any Love, the chart-topping Something to Someone, and my personal favorite, One Life.

The week it was released, Sonder topped several charts, and was the number one album in the UK, ahead of Taylor Swift’s Midnights. In an interview with Zach Sang, Kennedy said, “with music you have to have this mix of like sensitivity and ambition … that’s always a battle for me this sort of this really kind of ruthless ambition I have alongside trying to be quite a sensitive person.”  If the public’s reception of Sonder is any indication, Kennedy has stuck the right balance between ambition and sensitivity.