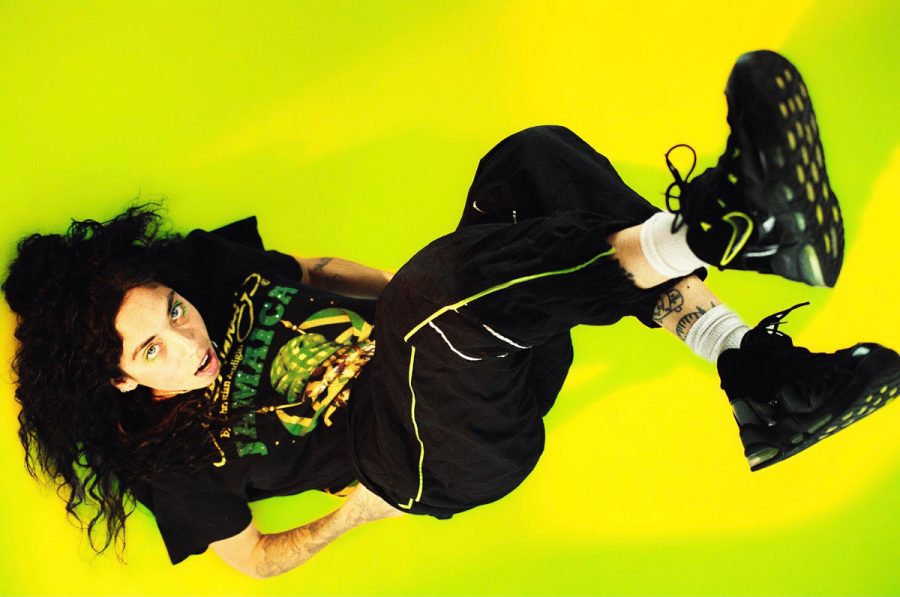 I Love Indigo de Souza (And My Mom)

I was a casual fan of Indigo de Souza when I saw her perform this past April, but by the end of the night I was obsessed. She was one of those artists that is somehow even better live, delivering an indie rock performance full of emotion, passion, and heartfelt screaming. At the end of the show my friend remarked, “This was exactly what I needed.” I concurred; Indigo’s talent and vulnerability left me feeling awestruck. Our commute home was filled with ramblings inspired by De Souza’s music–reflecting on past relationships, where we’ve been and where we’re going, and how much we love our moms. After that night I began my deep-dive into De Souza’s discography, and she quickly turned into one of my top artists of 2022.

I attended De Souza’s Black Cat show through the organization Sound Mind, which partners with artists to connect fans to mental health resources and advocate for better mental health infrastructure. At each stop of De Souza’s spring tour there was a local mental health organization present for fans to connect with–in DC, this was the Depression and Bipolar Support Alliance. She took time out of the show to recognize the organization and open up about her own struggles with mental health and insomnia, especially while touring. She expressed feeling anxious to be headlining shows and struggling with fears of inadequacy, with the DC date being the first of the tour. But by the end of the night, the crowd was enamored; there was nothing inadequate about her performance.

De Souza’s vulnerability continues within her candid lyrics. In “Darker Than Death,” she explores the anxious overthinking patterns many of us can relate to. She sings, “You were darker than death/When I spoke to you last/Was it something I said?/Was it something I did?” She is direct and blunt: unafraid to express her deepest fears and desires. In “Kill Me,” she belts, “Kill me, and clean up, and if they ask you/Where I am, we’ll tell them that I was all done/Tell them that I wasn’t having much fun.” De Souza is able to capture complex, dark thoughts in a very straightforward way, painting a picture that cannot be ignored. She is also able to take mundane, everyday occurrences and shape them to convey something far more meaningful. She refers to her partner in “Late Night Crawler” as her “Fleeting lover/My grocery goer,” evoking how love grows through everyday acts of service and domesticity. In “Kill Me,” she sings, “Dirty the dishеs, stack them higher/We’rе not gonna wash them/We’ll throw them away,” evidencing how misery and tension manifests through daily chores. She puts into words the ways in which mundane errands–like grocery shopping or washing dishes–can connect us to, or draw us away from, the people we love.

One of my personal favorite Indigo de Souza lyrics is from “Ghost,” Track 8 off her debut album I Love My Mom. Referencing the album’s name, she sings, “I don’t need anyone to love me/I love my mom more than any of you fools.” Growing up, De Souza has described feeling out of place as one of the only mixed race kids at her school. She begged her mom to buy her items like clothes from Hollister to fit in, but her mom instead encouraged her individuality, enrolling her in music lessons. De Souza began performing at local spots in her rural North Carolina hometown, and by 11 she knew she wanted to pursue music. Her mom encouraged her throughout every step of this journey, and she even creates the art that adorns De Souza’s album covers. The albums I Love My Mom and Any Shape You Take both display her mother’s psychedelic paintings with two skull-faced figures–the mom and daughter duo–amidst an abundance of greenery. In Any Shape You Take’s artwork, Indigo sits in a shopping cart being pushed by her mother, the two situated in a grocery aisle overrun with flora. De Souza’s album artwork, as well as her frequent lyrical references to her mother, serve as a way for her to express the importance of familial love and support.

Indigo de Souza is bringing new levels of depth, candor, and pure love to the genre of indie rock, and she is only getting started. Having finished American and European tours this year, along with being named a Converse brand ambassador, she has also begun working on a new album. Still, she remains humble and continues to promote her message of humanity, acceptance, and honesty through messages on social media and her music. Whenever I listen to “Kill Me,” she reminds me to “Call your mother, tell her you love her/Call my mother and tell her the same.” I would encourage anyone reading to call your mother (or another loved one), and to listen to Indigo De Souza. You won’t regret it.