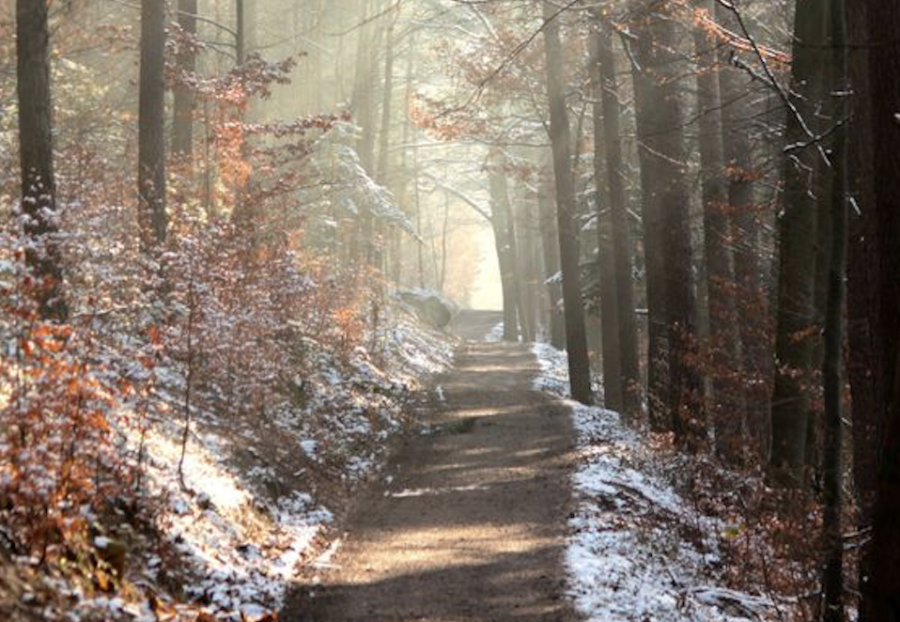 Puddle Music: Songs for the Transition from Fall to Winter

December is a weird month. It doesn’t quite feel like winter, but the leaves have fallen off the trees and there is a definitive chill in the air. Putting together a playlist dedicated specifically to winter seems wrong in December because the season lasts until March. Because of this, I decided to put together a list of songs that are perfect for the transition from fall to winter and perfectly encapsulate the final stretch to winter break.

Starting off, we have a track off of Djo’s second album, DECIDE. The synth and drums on this song may make it seem like a happy song at first, but upon listening to the lyrics, elements of melancholy and reflection are clear. In the song, Djo, which is the name that Joe Keery releases music under, contemplates his career and the fame that he has garnered from acting in shows like Stranger Things. He sings about going back to Chicago, where he attended DePaul University and his nostalgia for a time before his fame. December is often a time when homesickness sets in, especially while at school, so this track is perfect for moments spent reminiscing on your hometown and looking forward to winter break.

This song, originally released in 2016 on Sidney Gish’s first album Ed Buys Houses perfectly encapsulates the feeling of frustration toward romantic relationships, particularly at college. I highly recommend yelling along to this song when you’re in a bad mood, maybe because of finals or because your campus crush didn’t text you back. The song builds perfectly and particularly the lyric, “And I’m in love with fresh air friends from overheated houses / Till I Uber up a giant park and dump my body in my dorm bed” shows that Gish understands the annoyance that school, friendships, and relationships can bring. Next time you’re upset, take a listen to this song to let it all out.

“Pictures of Me” – Elliott Smith

In my opinion, Elliott Smith is the perfect artist for fall and winter. The mellow production in most of his songs is suitable for rainy and cold days, and all of his albums have almost no skips. This December, I haven’t been able to stop listening to “Pictures of Me”, which was released in 1997 on his album Either/Or. The lyrics are almost all short phrases and the song has a fast tempo, making it a good song to wake up to and start your day, especially when it is dark and cold outside. This is one of his more upbeat songs, although with an underlying angry message about his portrayal in the media and would be a good introduction to anyone looking to get into his music.

The eighth track on the 1975’s latest album, Being Funny in a Foreign Language, “Wintering” is a perfect prelude to winter break. It can be considered a Christmas song, and the lyrics describe both the dread and excitement that comes with family gatherings during the holidays. Particularly while at school, the idea of seeing family can be exciting while leaving friends can be difficult. The quick tempo paired with funny lyrics make it the perfect song to listen to on a sunny yet cold day as you mentally prepare yourself to make the journey back to your hometown for winter break.

Originally recorded and released by Carole King in 1971, Lucy Dacus reimagines this classic song in her cover released earlier this year. Scaling back on production to achieve a more acoustic feeling, the song highlights Dacus’ vocals. I find that this song is perfect for early morning walks to class as it is so easy to get completely absorbed in Dacus’ voice. For some reason, this song is such a wintery song to me, and Dacus’ twist on it makes me never want to stop listening.