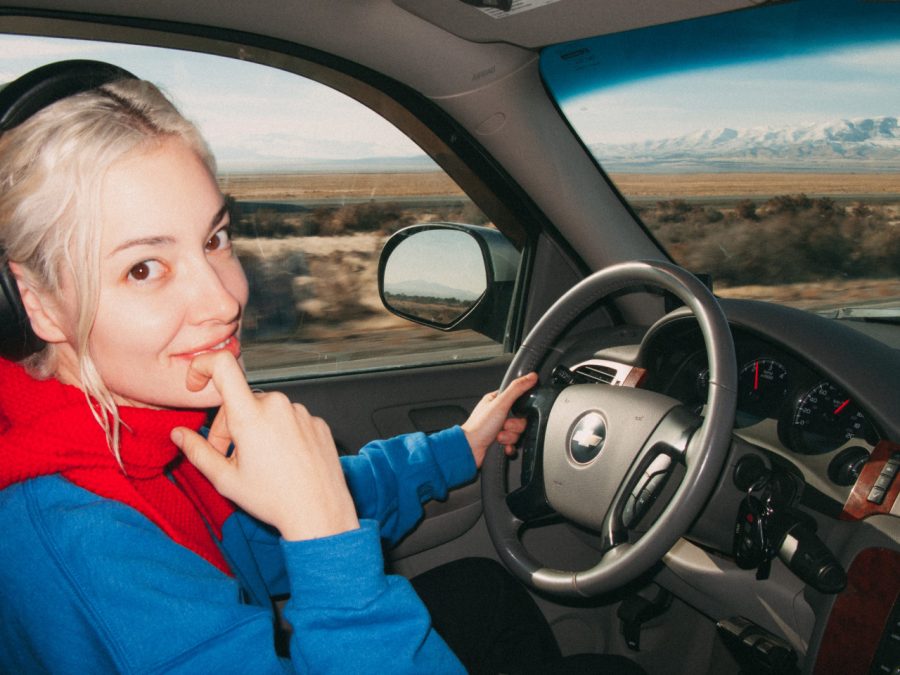 Men I Trust is a French-Canadian indie band hailing from Montreal. Composed of guitarist and bassist Jessy Caron and Dragos Chiriac on keyboards, the pair of high school friends came together in 2014, before later joining lead singer Emmanuelle Proulx. Now, they’re touring their fourth studio album “The Untourable Album.” The 2021 record features 13 songs written amidst global lockdown, when the thought of performing live again seemed impossible. Creativity flourished during the months of isolation, and the trio took advantage of trying out new material, without the intention of playing the songs in front of a crowd.  “It looks like the ‘Untourable Album’ will be tourable after all!” they wrote in an Instagram post last June. Men I Trust is coming to the District tonight, December 12th, at the Lincoln Theater.

The band is characterized by their dreamy, electro-pop sound, tapping into jazz and RnB influences, sending listeners into a trance. The songs often feature lots of reverb, allowing for an intimate listening experience. Even if you’ve never heard of Men I Trust before, you might recognize their songs from TikTok, like “Show Me How” from the 2019 album Oncle Jazz. Apart from the album last year and current tour, the band has been staying busy and making new music. Within the last three months, they’ve dropped two new singles; “Billie Toppy” and “Girl”, the latter featuring bass vocals from Caron and Chiriac. Men I Trust songs evoke a visceral, ethereal feeling, with a funky tone that is as relaxing as it is entrancing. Their songs make you feel like you’re floating.

In 2023, Men I Trust will be embarking on the Asia-Australia leg of their Untourable Tour. If you want to catch them before their international journey, be sure to stop by their show tonight at the Lincoln, with support from Feng Suave, an alternative duo from Amsterdam. Tickets are currently sold out but you can check back here for updates, as well as details regarding Covid-19 guidelines.