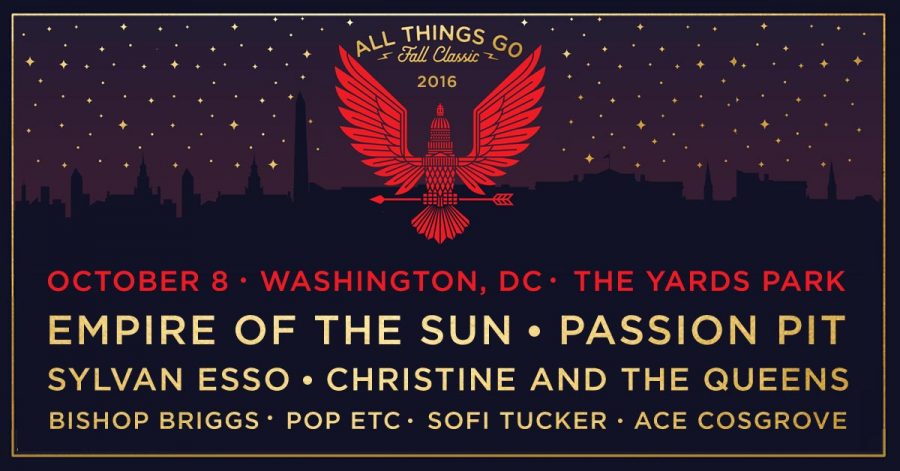 The All Things Go Fall Classic is back on October 8th, 2016 for its third year in Washington, DC as the festival you never knew you needed until you saw the lineup. We’re here to provide you with the information you need for the fall’s hottest festival to come to Washington, DC. The festival is all ages so bring the whole crew to Navy Yard, which you can access by using the Green Line. Music starts at 12pm and ends at 10pm so be ready to boogie down all day and all night.
Line Up
Empire of The Sun: An Australian electronic music duo that formed in 2006 consisting of Nick Littlemore and Luke Steele.

Christine and the Queens: a pseudonym of Nantes, France singer songwriter HÌ©loÌøse Letissier. She debuted with EP MisÌ©ricorde (Mar 2011, self-release) and gained success with her first album, Chaleur Humaine (Jun 2014, Because).

Bishop Biggs: A British musician based in Los Angeles, California. She is known for her single “River”.

POP ETC: an American indie band from Berkeley, California. The band was formerly known as The Morning Benders.

All Things Go has blessed us with the official festival playlist. Listen up here: