~The 10 Most Witchy Songs For Halloween~ 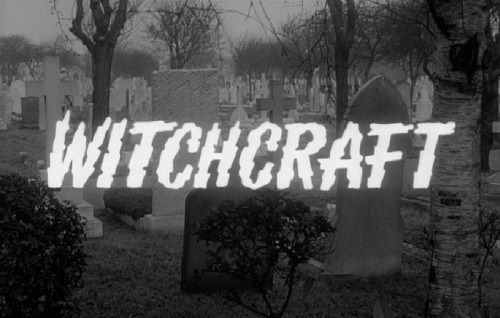 Happy Halloweekend people! Whether you’re going to a costume party, trick-or-treating on Embassy Row, or watching a screening of Rocky Horror Picture Show at midnight (which is what yours truly is doing), Halloween is the time to live your best and weirdest life. That being said, it’s also the best time of the year to embrace your inner witch and listen to some creepy tunes. Without further ado, here are my picks for the top 10 most witchy songs to listen to during Halloween this year.

10. “Spanish Mary”- The New Basement Tapes: Originally penned by Bob Dylan and performed by Carolina Chocolate Drops’ lead vocalist Rhiannon Giddens, this whimsical deep track is a ballad about an ever elusive title character named “Spanish Mary.” It’s hard not to get chills down your spine when she sings of “the buffoon, the fool, the fairy.” This song is definitely not one to miss while trying to get spooky.

9. “Bottom of the River”- Delta Rae:There’s a reason why this song was in every single 8tracks playlist titled “southern gothic” circa 2014. The music video even evokes a Salem witch trials-esque storyline. If you want to feel like you’re in American Horror Story:Coven, this is definitely the song for you.

8. “White Rabbit”- Jefferson Airplane: Grace Slick just sounds like a powerful elder witch commanding all of the witches-in-training or something. This psychedelic hit of the 60s builds to an crescendo, guiding you through an Alice in Wonderland-like tale, and gets extra points for making teenage rebellion sound much cooler than it actually is.

7. “All Soul’s Night”- Loreena McKennitt: This song actually scared that crap out of me as a child because of how haunting and kind of creepy it is. Kudos to my mom for listening to weird music. Aptly titled to signify the celebration after Halloween that has traditionally been a day of rituals to drive evil spirits away, this song will make you want to dance around a fire and make potions and all that jazz.

6. “Dark Doo Wop”- MS MR: The lyrics talk about burning the world and being buried alive beside your lover. Pretty witchy stuff.

5. “God’s Gonna Cut You Down”- Johnny Cash: I’m reclaiming this song from every commercial for a generic angsty television show about broady people in cowboy hats, because that’s what I feel like everyone thinks of while listening to it. This song is about how no matter who you are or how much you try to get away from it, there will always be consequences for your sins. It just screams Salem witch trials.

4. “Cosmic Love”- Florence and the Machine:  You can’t convince me that Florence Welch isn’t a benevolent witch sent to bless all of us, but that’s beside the point. This songs tells of someone who loves someone who does not love them back, complete with wild imagery of blowing out the stars and the moon, sitting forever in twilight.

3. “House of the Rising Sun”- Lauren O’Connell: This traditional folk song has seen many different iterations, but this one is by far the creepiest. The story of life gone wrong in New Orleans gives it a southern gothic feel, and O’Connell sings with such sincerity that it sounds as though she has actually gone through these woes.

2. “Devil’s Backbone”- The Civil Wars: This song tells of someone who has fallen in love with a criminal who is sentenced to death to pay for his crimes. Many of the songs on this list have themes of sin and religious undertones, but that’s what being witchy is all about!

1. “Rhiannon”- Fleetwood Mac: This song is the ultimate witch song. Stevie Nicks (who I also think is a magical being) used to say that this song is about an “old Welsh witch” before performing it, which is just so cool. This is the perfect song to twirl around in while wearing a cool gothy, bohemian outfit. It was actually pretty hard to pick which Fleetwood Mac song I wanted to put on this list, since Stevie is the queen of empowering songs that make you want to cast spells.