The Commune: Or, a Love Letter to DC’s DIY Music Scene 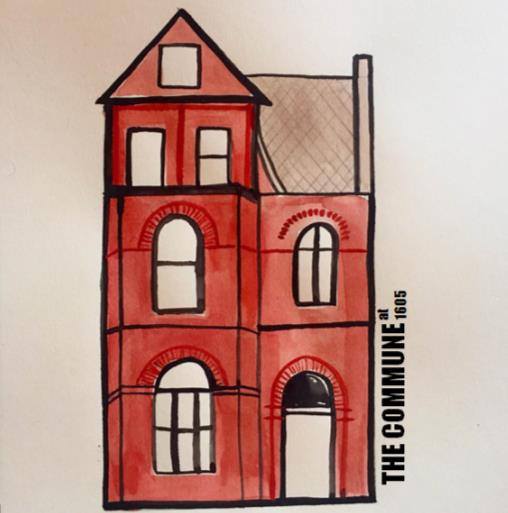 Somewhere, somehow, and somewhen, I am going to play at your establishment in DC. Might not be March, might not be next March. Might not even be tomorrow. But at some point, your 500 bands per square mile of DC are going to kneel their inept little heads down to meet my guitarfucking hand. You will kiss that hand, and you will revere that hand like it were your own mother.

P.S. I invented Trashpunk, baby. I’m from Thee Trashcan, after all.

Dear Commune (or may I call you the?),

This has been a strange year for me, as it probably has been for all of us closer to the fledgling nuclear orange within miles of our abodes. Politics aside, it all has been 365 days of personal improvement both in my private life, as well as musically. I’ve been recording more than I ever have, with a great mic setup (at least for lofi indie trashcore) and great friends. I’ve had to end one band (RIP AFTERFREEZE 2K15-2K17 BLACK METAL NEVER KNEW WHAT HIT IT), but I’ve subsequently started three other bands! And Turb, my pride and joy with Angeline King on drums, Matt Hubbard on bass, has really solidified a radical set-list of originals and covers. Hopefully, come 2018, we’ll be able to throw that lightning into some ears that aren’t ours. I digress.

I also met you. And, honestly, I didn’t know what to think at first.

I’ve always felt like a fish out of water even amongst other fishes out of other waters, and your venue is admittedly a little cramped. I was mostly anxious and very little else as I first stuck my vagrant head through your doors, and the banter of my fellow commune-goers was one of familiarity with each other over the regular stranger-awkwardly-moshing-stranger tendency I see elsewhere. It felt as if I had stumbled onto an isolated family reunion instead of a show, that soon enough some mutt of a crust punk would come barking me out, screeching ÛPOSER!” as I teleported back to the Black Cat.

This was mostly disillusionment. Everyone, at every show I went to, had nothing but smiles to greet me with, good conversations to toss, and one communal acoustic guitar that has led to many unofficial pseudo-performances alongside the list of local bands appearing in a given night. These guests brought noise, versatile smorgasbords of sonic bombast that quaked your basement depths and rattled the main floor that I was sitting on. I will feel a guitarist’s fuzz pedal switch on not first with my ears, but with my ass as the wood floor trembles at the sound of his/her/their stringbeast’s shredding spiel. No venue could be as raw as that. And that’s your appeal, the punk bite of a young neighbor’s retching fear and angst cranked up to one hundred, blasting the roof off any other establishment. Of course, the Commune isn’t any other establishment. In fact, it feels like home.

So, here’s to more shows with you, Commune. The bands you chuck at us are unknowns with a flame under their eyes, in their heads. They carry the beat that has haunted D.C. for decades, ever since The Slickee Boys had their first surf-guitar solo or Ian Mackaye had his first hard-on for straight edge. Since Bad Brains first heard the Ramones song “Bad Brains” and found a band name, or Henry Rollins sung with State of Alert. Since Punk first got emotional, or since Nation of Ulysses borrowed from Nietzsche. Since so much, and for so long.

And in strange times like these, at least one venue should carry on that legacy. That’s you.

P.S. I’m gonna go ahead and really lowkey agree with Sam’s passive-aggressive venting. Let me play there at some point, please!!!