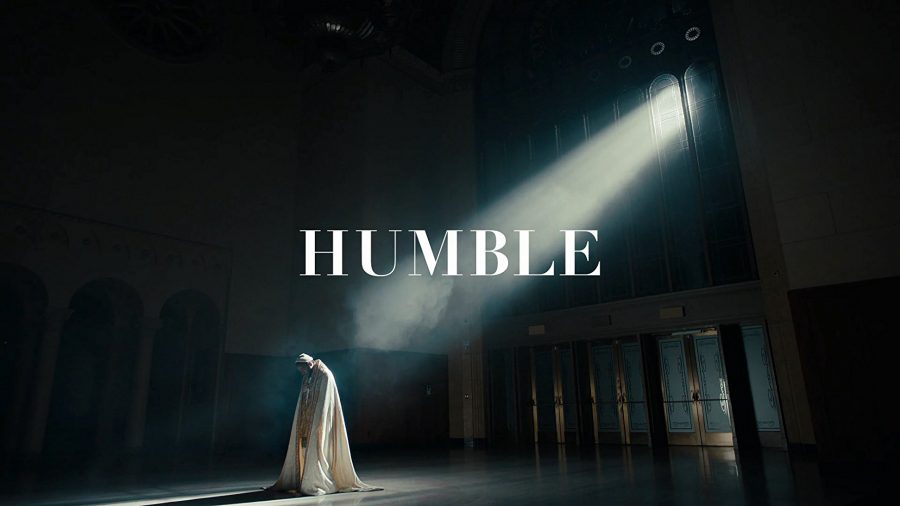 Only a handful of recording artists carry the cultural influence and industry clout to consider their music releases events. The world stopped to watch BeyoncÌ© mount a sinking cop car, we stopped to watch Frank Ocean build a staircase, and this year, we stopped to watch Kendrick Lamar return to his throne as the king of contemporary hip hop. Is anyone really surprised that the lead single off our #2 album of 2017 with the best music video of 2017 topped our best songs of 2017? We’ve come to expect superior quality from a Kendrick Lamar album, and DAMN. is no exception. What’s perhaps more unexpected than the success he’s achieved is the path he took to get there; with “HUMBLE.Û, Lamar eases up on the pensive genre experimentation of his recent releases and makes a foray back into conventional hip hop, thereby cementing his status as an indisputable titan of pop culture. While the acclaim is predictable, his mainstream pivot is anything but. Exploring the cultural factors surrounding this decision helps elucidate the broader significance of “HUMBLE.” and reaffirms its ranking as the definitive song of 2017.

It’s not that this crossover success is unprecedented. Lamar’s propensity for structurally ambitious music has long coexisted with his ear for hooks. Take 2012’s ready-made single “Backseat FreestyleÛ, whose jagged beat and endlessly quotable braggadocio bars wouldn’t sound out of place on Culture or Saturation II. But what sets “Freestyle” apart is how Lamar chooses to contextualize it in the greater framework of good kid, m.A.A.d city. He uses the seemingly facile track as a flashback depicting a young K.Dot stunting with his high school friends. In this light, lyrics that could otherwise be dismissed as needlessly juvenile or violent gain a new significance; they are intentionally problematic to paint an honest portrait of a budding teenage rapper. The conventional production and lyricism serve a dual purpose as metacommentary on Lamar’s own musical growth. That he manipulates the song’s context for maximum artistic effect speaks to who he is as an artist. A track like “Backseat Freestyle” would not appear on a Kendrick Lamar album unless framed as part of a greater narrative, and yet by framing it as such, he elevates stereotypical gangsta rap to high culture status and forces orthodox critics to consider its artistic merit.

This approach informs “HUMBLE.Û, but here he stretches this duality a step further. It’s still very much a conventional hip hop track; the taut production, courtesy of Mike WiLL Made It, revolves around a looped piano riff and a stark, simple trap beat. Unlike subsequent releases “DNA.Û and “ELEMENT.Û, there’s no mid-track splices or chopping & screwing here—just three rock-solid minutes of instantly iconic lines. Other songs on DAMN. carry the narrative heft we’ve come to expect of a Kendrick Lamar record, with vivid recollections of his childhood and the harsh realities of his adulthood. Here, however, Kendrick reverts to “Backseat Freestyle” mode; give “HUMBLE.” a deeper meaning through its context on the album, he seems to suggest, and just let this one slap.

Despite its seemingly straightforward content, “HUMBLE.Ûs very existence does indeed carry a symbolic significance. Much has been made of DAMN.’s deceptively simple content, considering it follows two of the most challenging albums in contemporary popular music. Over the course of the past five years, Lamar has carved out a niche for himself as a different kind of crossover artist, using complex lyricism and dextrous technical proficiency to explore weighty themes of black excellence undermined by systemic racism. He’s a tortured soul with the weight of the world on his shoulders, idolized by his Compton community and lauded by rich white music critics who only like rap that “has meaningÛ. He’s the type of musician one references to seem both culturally relevant and socially conscious. For a time, professing to be a fan of To Pimp A Butterfly was employed to the same effect as “I have a black friendÛ. Had he made another album that continued down the free jazz, spoken word-influenced path of TPAB and untitled unmastered., it too would surely have met critical acclaim. There would be a cult of Kendrick stans replaying the six-minute Sun Ra-inspired Kamasi Washington breakdown until the b-side of their collector’s edition vinyl wore out. Such an album would undoubtedly provoke a flurry of think pieces from stodgy journalists rehashing the tired debate of whether or not rap music counts as a form of social commentary (as though their opinion would validate or invalidate the artistry).

We know this would happen because over the past three years, it has. Lamar made the records he’s always wanted to make, with a range of iconic collaborators and an unapologetically Afrocentric bone to pick. He crafted anthems; he won Grammys; he pushed difficult conversations to the forefront. And yet FOX News, in their deliberately myopic fashion, chose to stir up controversy around a single anti-police line and instill unwarranted fear into the hearts of reactionary geriatrics across the nation. Lamar tried to lift the black artist, but why try to change the minds of those who have no intention of listening?

There’s a great Chris Rock line from an interview about D’Angelo where he says, “Black stardom is rough, dude…you represent the race, and you have responsibilities that go beyond your art. How dare you just be excellent?Û

This responsibility has long fallen on Lamar who, as a widely celebrated conscious rapper, embodies W.E.B. DuBois’s concept of double consciousness. He must simultaneously analyze how each decision of his career reflects upon him as well as how it reflects upon the entire African American population through the lens of the larger, white-dominated media industry. This is a remarkable amount of pressure to put on any artist, no matter how capable they are. We later learned how heavily it weighed on Lamar, as indicated by the presence of FOX News correspondents across the album. Their unsubstantiated criticisms come in soundbite samples as Lamar mulls over the notion of humility. He’s frustrated that he has to feign modesty and gratitude for the comfort of those who will never pay him the same respect (on “PRIDE.Û: “I can’t fake humble just cause your ass is insecure.Û)

With this conflict in mind, Lamar first gave us ÛHUMBLE.” largely void of context. On promotional single “The Heart Part 4Û he warned, “I prophesized on my last song, you laughed at me / But when the shit get brackin’, don’t you ask for meÛ. He is fed up with preaching to an unreceptive congregation; with “HUMBLE.Û, he flexes his muscles as a mortal man. For the first time in at least two albums, Lamar relinquishes the burden of representation and delivers a carefree, Top 40-friendly performance. Unsurprisingly, he succeeds wildly; the track is his first to reach #1on the charts and was just nominated for four Grammys. Although he has proven himself more than capable of spitting breathless polyrhythmic sermons overfrenetic jazz, there’s something comforting about listening to Kendrick Lamar let loose over a conventional beat and rap circles around his contemporaries. He rightfully boasts of his superiority as an MC and dives into the standard hip hop playbook. He adopts the “ayyÛ- centric rhyme scheme of his peers, and arguably uses the chorus to call them out. If “Backseat Freestyle” was Kendrick Lamar’s testament to the legitimacy of the west coast gangsta rap of his youth, “HUMBLE.” is his testament to the legitimacy of mainstream rap and, in a greater sense, the legitimacy of the entire breadth of hip hop culture. By making it the lead single, Lamar affirms “HUMBLE.Û’s value void of any dual meaning, making its eventual symbolic context all the more inspired.

In a 2015 interview, Kanye West described the disadvantage he faces as an outspoken black artist:

“Blacks, especially in America, have been raised with a slave mentality ÛÒ they don’t feel that they have the right to speak as loud as possible. And every time you hear a black person speaking as loud as possible, somebody’s going to say: Look at those n*****s over there’.Û

To be clear, conscious hip hop is a brilliant and essential fusion of celebration and commentary. Its existence is vital to the genetics of the genre. None of this is to suggest that the goals of conscious rap run in any way counter to those of other hip hop movements, or that Lamar’s more ambitious work is merely a performative attempt to earn the approval of white critics. The opposite is true; conscious hip hop can and should stand as its own entity whose merit is derived independently of outside approval. The sad reality is that the work of artists like Kendrick Lamar will always be belittled, tokenized, and scrutinized by conservative naysayers seeking to maintain the status quo. Should Lamar have felt compelled to continue making music like To Pimp A Butterfly, that’s entirely his prerogative, but it seems like he felt obligated rather than motivated to uphold the “conscious” label. Both the sociocultural environment and point in Lamar’s career during which “HUMBLE.” arose actually posture the song as a liberation cry, echoing the distilled thesis of DAMN.—there’s no use in bending over backward to appeal to those who don’t care to listen, especially when your talent far surpasses theirs. Lamar internalizes this truth and gives us a single that can elicit a roomful of cheers with just its initialelectric guitar squeal. He stakes his place in a great tradition of intellectual MCs that bridge the gap between party rhymes and incisive commentary, and while the two can absolutely work in tandem, “HUMBLE.” reminds us that he has no obligation to make them do so. There will always be a place for Cornrow Kenny, but Kung Fu Kenny traded saxophones for an 808 and still ended up at the forefront of 2017. The world is his kingdom, and we’re all just humble servants. Better sit down.