Milo’s Going to College: The Show that Shaped My Taste in Music, PT.2- Lala Lala 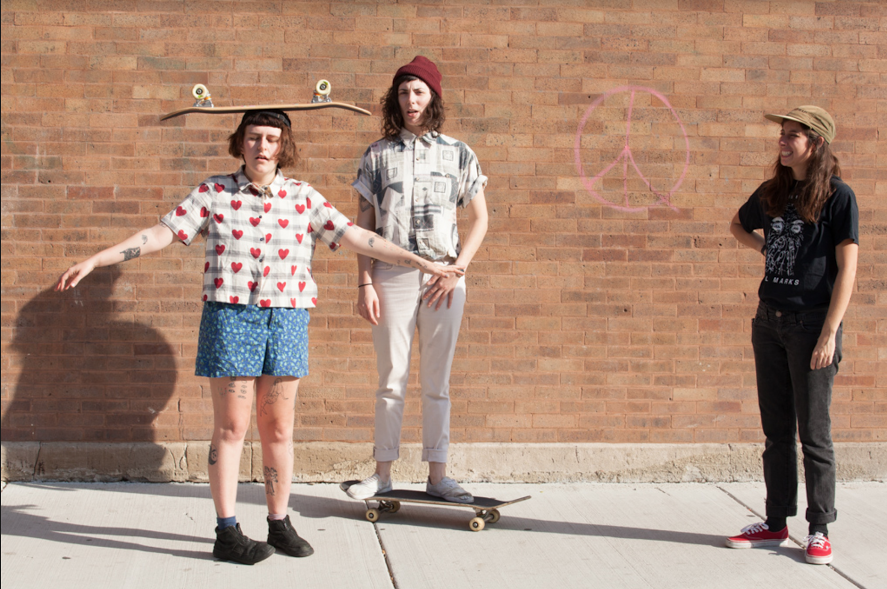 It was August 23rd. Teen Mortgage walked off the stage at DC9 with the gaits of soldiers leaving a battlefield- accomplished and certain of victory even if they had poured out the Pacific in terms of the combined sweat between the two of them. One quick whip of the neck into a stretch from the guitarist allowed for a wave of this ocean to spray directly into my waiting eye, and I proceeded to rub viciously in order to see the next band set up. Once my vision met with the stage, I saw that Teen Mortgage had disappeared completely; replaced by two very tired-looking girls almost finished with sound-checking their equipment, a baby-faced drummer in tow.

One of the first things the band made us audience members aware of was their originating from Chicago. They all smiled with pristine pride as they drew in a few other Chicagoans shouting out mutuality to the fact, and this seemed to ease the group. While we stood and waited for the music to start, I asked the bassist, adorned in overalls that were quite honest about her tattoos, if her crew knew the Orwells, another Chicago group. Smiling at first, her face curdled into a confused semi-frown as my tongue lopsidedly annunciated the L. She had no answer, and I felt stupid asking the question. Following this, my partner asked the singer if her dreadlocks were fake in an effort to figure out if there was appropriation in the works. She hadn’t a single dreadlock, and so, of course, there was no key to end the conversation.

And yet it ended, along with whatever conversation that was had before a suave darkness took ears. Lala Lala was breathing dark pop, a low chant-hum that caressed the most sincere spots past consciousness. The air lost scent, and the heat of the room suddenly drew in cold air as the singer/guitarist opened her mouth. She sang.

And I was transported, really. She shone like art, her throat the finger pressed against my jugular vein, tapping it to check for its pulse. The drums rumbled deeply, dribbling strong against the pervasive sweetness of post-punk guitar and bass, both organized into a fashion of jangly choruses and verses that seemed to encase my head with the syrupy void present in the room. Lala Lala was this greyhole that sucked everything into itself but did so with the loving simplicity of a mother holding her child; nonetheless, I stood as if penetrated by poltergeists. Nonetheless, I rocked gently to the beat. It’s amazing how this trio could tread into realms so starkly different from one another and yet are capable of using both for the sake of such charming music.

The song that stuck with me as the band pulled their things together to leave the stage was “Lala Lala SongÛ. A near spiritual experience, I ask anyone who looks into the links I place below to look for that one and to pay them, don’t even listen to the song yet. Once you have endorsed them like I have, listen and you will regret absolutely nothing. I know I didn’t.