Milo’s Going to College: The Show that Shaped My Taste in Music, Finale- Surf Curse 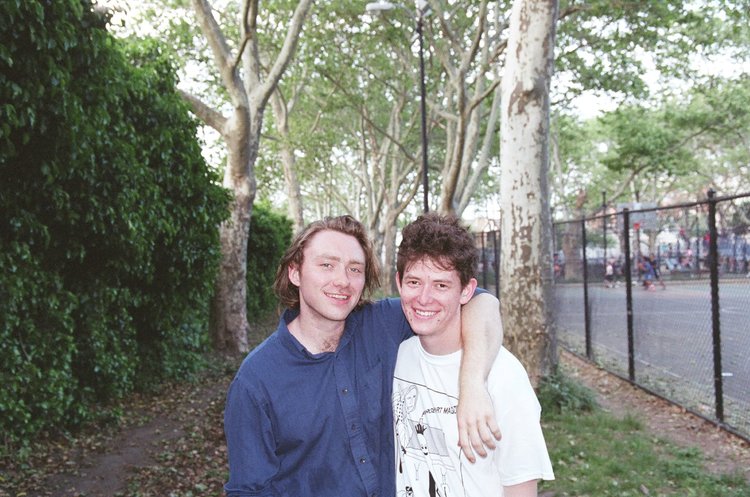 It was August 23rd, and I had found out that a band I enjoy would be playing at DC9 a few weeks back. I had to go, I just didn’t know when they’d return to the DMV, and was too excited by the prospect of hearing their music live. Discovering them during a time where punk, to me, was supposed to wrench ears and stab away subtlety, the sudden appearance of a completely different answer to this aesthetic raised my curiosity past what Bad Religion’s edgy lyrics or the Descendents’ guitar riffs could have done. My inspirations were dismantled by their sound.

To achieve Surf Curse’s soul-stretching sonication of ear and temple is to forget the spit and spunk of a distorted guitar, throwing out complexity for minimalism. The percussion is one tom-tom, the bass and snare, a ride cymbal. The drummer sings, but not stressfully; the guitarist mops up a wall of chords, thick as a brick yet softer than cloth. Surf Curse recordings are multiple punk tracks to put you to sleep, to soothe, to walk leisurely. I was jolted awake by these tracks and I couldn’t just listen to 90s melodic hardcore anymore. Punk could now be anything I wanted it to be.

The band wiggled through the crowd, Lala Lala’s guitarist behind them. I was glad to see her return to the stage, and surprised by the attire of the original duo. Drummer was wearing black, looking prepared to jog in his sleeveless shirt. He was already sweating, so for all I know, he had. Guitarist’s brow was pronounced, and his clothing was even more pronounced. I had confused him for a sitcom star sifting through my parent’s TV late at night, when the drunks watched their soaps. Both stood out as aliens to the crowd of indieheads and punks. And then Drummer counted off.

Instant rhythm was summoned, drummer decidedly the most capable wizard in the room. His sticks spat magic, troll feet dancing over the skin of his drums. Simply put, I couldn’t believe how the drums combined doo-wop preciseness with Neanderthal stone-punching. Sweat leaped off the instrument with each thump, and DC9 was suddenly a spray of sanguine cymbal-tapping, the earthbeat introduced by our drummer. This was the first 10 seconds. The guitar came in,

The best thing about seeing Surf Curse live wasn’t seeing them; it was hearing that sound in real life, tangibly tasting a sorrowful yet surf-rock tone that wrenched up everyone’s skull caps and licked at our brains. To hear Surf Curse was to be tickled by the gentle violence of their music. I could feel literal chills run down my spine, the notches of each protruding bone tapped like a skeleton that produced its own harmony. The music felt like it was reeling through me and out, a wild spirit of angst that I was constantly swallowing or releasing as they jammed.

Overstimulated, I had to leave the front of the stage for a little. While walking off, they announced they’d be playing one more song, a favorite of mine- “Forever DumbÛ. Going in, the band did not need to sing, as everyone else had already started singing. In a haze, I did, too. And the night was over, and I am still singing.