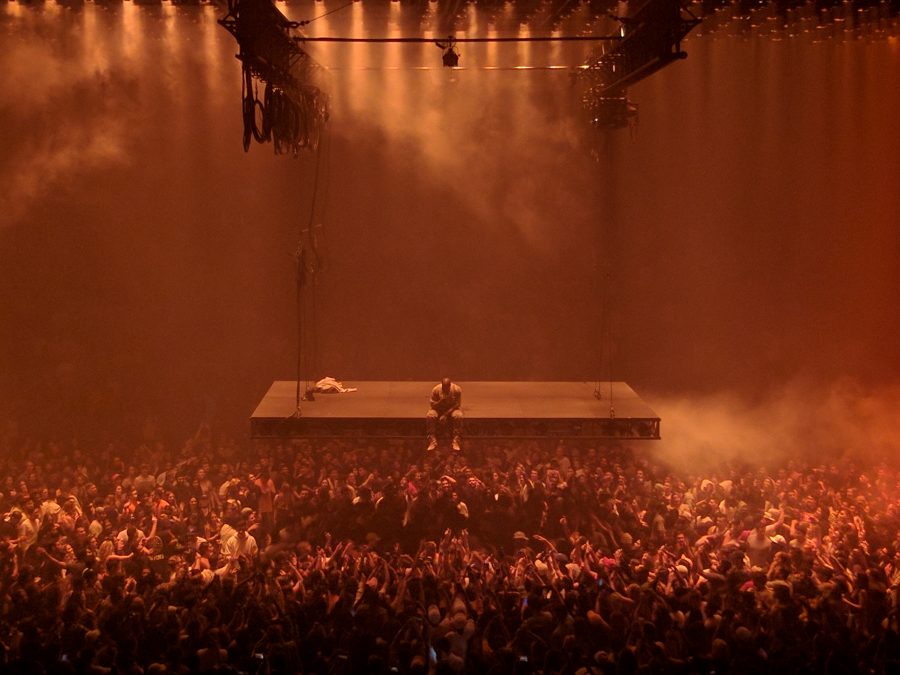 We sure do love confessional songs. Maybe itВ‰’s the idea of humanizing celebritiesвЂ”just as paparazzi candids of starsВ pumping gas allow us to peel away at the lifestyles of the rich and famous, self-deprecation allows artists to amplify their faults, revealing a person no more extraordinary than ourselves. We want our superstars humble, so much so that pop stars build entire careers off theВ вЂњrelatability factor.В‰Г›Вќ

But in our pursuit of pseudo-humility, we tend to forget (or willfully ignore) the depths to which good confessional art can plumb. The inherent artifice of celebrity culture is a limitless canvas, and artists fortunate enough to occupy it have the ability to dismantle it in their work. ItВ‰’s not even hard to do: acknowledge your success, call out the duplicity of the industry, and show how itВ‰’s affected you.В DВ‰’Angelo did it. Lauryn Hill did it. Hell,В Fergie did it.В But too often, confessional pop music strays from this formula, and artists give us glib admissions ofВ stardom without actually grappling with the implications thereof.В ItВ‰’s not enough to just be image-conscious. What does that image mean, and whoВ‰’s behind it?

This relationship between artist and art, image and self, has long pervaded the work of Kanye West. He is asВ presentВ inВ artВ andВ designВ circles as he is inВ tabloids. This is someone who has reinvented his image and musical aesthetic countless times, only to show us that thereВ‰’s no mistaking the man behind the mask. This is someone who ended his debut album with a 13-minuteВ oral historyВ of his come-up as a producer and MC. In the subsequent 14 years and six solo albums, West has reinvented this tropeвЂ”the late-album confessionalвЂ”timeВ andВ timeВ again. Inarguably, the most successful example is My Beautiful Dark Twisted FantasyВ‰’s вЂњRunawayВ‰Г›Вќ. Over the trackВ‰’sВ nine minutes,В West runs the entire gamut of maximalist hip hop maneuvers, from orchestral flourishes to an aggressively stereo Rick James sample to a three-minute distorted vocoder outro (not to mention the accompanyingВ 35-minute short film). He uses this backdrop to confront his insecurities and shortcomings as a romantic partner, and to his credit, the track is undeniably iconic. But as a piece of confessional art, it falls short.

Critics and fans alike herald вЂњRunawayВ‰вЂќ as a revelation for Kanye, in which he comes to terms with the megalomaniacal persona he spent so long constructing. While West does acknowledge his faults to an extent (the chorus begins with the lyrics, вЂњAnd I always find something wrong / you been putting up with my shit just way too longВ‰Г›Вќ), it soon becomes clear that he really doesnВ‰’t know how to atone. He goes on to open his first verse with, вЂњShe find pictures in my e-mail / I sent this bitch a picture of my dick / I donВ‰’t know what it is with females / But IВ‰’m not too good at that shitВ‰Г›Вќ. ItВ‰’s not that any of WestВ‰’s admissions are insignificantвЂ”they just merit further exploration than he gives them. Minus the vocoder outro and the entirely irrelevant Pusha T feature, weВ‰’re left with three choruses, two verses, and a bridge that doesnВ‰’t say much. In this light, WestВ‰’s ambition as an artist compromises his ability to genuinely self-reflect. Yes, the production is strikingly beautiful, as is the film, but do they make sense for this song? Or does his decadent use of the highest-quality resources available actually undermine its honesty? Critics seemed to not mind, as MBDTFВ‰’s tribute to вЂњthe douchebagsВ‰вЂќ was the most acclaimed song of 2010.

Not only is вЂњRunawayВ‰вЂќ one of the weaker songs on the album, but itВ‰’s also one of the weaker entries in the late-album confessional canon. While there are other fine examples, perhaps none better encapsulates the misunderstood brilliance of Kanye West than 808s & HeartbreakВ‰’s final song,В вЂњPinocchio Story.В‰Г›Вќ The track is a live recording of a freestyle West performed in Singapore in which he bluntly confronts his demons. This idea occupies most of 808В‰’s runtime; released following the death of his mother and the end of his relationship with fiancГЊВ©e Alexis Phifer, the album is a melancholic, minimalistic look at the pain and responsibility West felt. But no other song lays it out so vulnerably. Here, without the armor of Auto-Tune, he bears his soul and his darkest fears. He blames himself for his motherВ‰’s death (Donda West passed away due to complications from plastic surgery, which she was only able to afford through his musical success). He tackles the confessional art form head on, singing, вЂњDo you think I sacrifice a real life / for all the fame and flashing lightsвЂ¦there is no YSL that they could sell / to get my heart out of this hell / and my mind out of this jailВ‰Г›Вќ. He strips away the arrogant pretense that holds down вЂњRunawayВ‰вЂќ andВ so many ofВ his other trite boast raps. We genuinely feel that West has accepted full responsibility for his misfortunes (maybe even more than he should, in the case of his mother), and he makes no attempt to glorify them.

ItВ‰’s as personal and tragic as a Kanye West song gets, but what really makes it work is his use of the live recording. As a wounded West wails through lines like, вЂњI ask you tonight, what does it feel like / To live a real lifeВ‰Г›Вќ, the oblivious audience screams and cheers. His agonizing cries for help are drowned out by the overwhelming expectations of pop stardom. ItВ‰’s a brilliant tacticвЂ”he places a low-quality live recording at the end of a highly ambitious and elaborate studio album, because what better way to illustrate the isolation that comes with fame? Though the artistic output of Kanye West is defined by its ambition and perfectionism, itВ‰’s his imperfections that make this message resonate so clearly.

This is indeed a hot takeвЂ”Pitchfork named вЂњRunawayВ‰вЂќ theВ third best song of the decade thus far, deeming it an вЂњemblematic, genius pop artifactВ‰Г›Вќ, while Scott PlagenhoefВ‰’s review ofВ 808s calls вЂњPinocchio StoryВ‰вЂќ a вЂњtacked-on (вЂ¦) wtf curiosity at bestВ‰Г›Вќ. This is not surprising, of course. Brazen Kanye maximalism is by design built to top criticsВ‰’ lists, while his more experimental work has always been polarizing. (Maybe weВ‰’d still be told that 808s is a bad album if Drake didnВ‰’t make an entire career out of phoning in the same sadboy melodrama.) And to be fair, Kanye West could spend the rest of his career reassuring us that he is aВ god not to be reckoned with, and I would buy every second of it. But if itВ‰’s humility he seeks, heВ‰’s best leavingВ set-on-his-goals-Kanye behind.