Over/Under 3: On the Origin of the Acoustic Cover 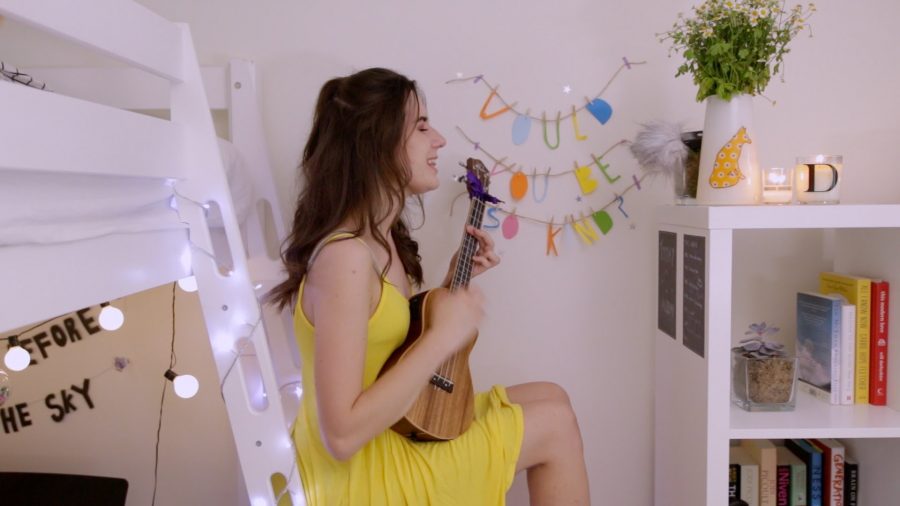 For reasons I will never understand, Taylor Swift continues to dig herself into a deeper hole. She just released a cover of Earth, Wind & Fire’s “SeptemberÛ in which she ditches the original’s taut groove in favor of loosely strummed banjo and forgettable, airy vocals. Gone are the horns and backup singers; she even changed the date to the 28th of September.

I would be angrier about this if Swift were the first artist to take a slam dunk of a song and strip it down into commercial coffeehouse soup, but the reality is that she’s the latest in a long line of white bread singer-not-songwriters to employ this maneuver. Although it goes without saying that white artists have long been co-opting the work of black artists to make it more sterile (ergo profitable), this specific sub-trend has risen to popularity over the past decade or so. Three crucial examples from the mid-00s help us to diagnose this epidemic in American pop culture and what we can do to stop it from spreading.

The grandfather of self-deprecating white guy covers. In 2006, Ben Folds released “Supersunnyspeedgraphic, the LP” as a compilation album of b-sides, rarities, and unreleased covers, the most popular of which was a piano rock trio setting of the last track off of Dr. Dre’s classic “The ChronicÛ. While the original was known for its ambitious beats, Folds’ cover gained popularity as a gimmick; a nerdy piano man wistfully singing gangsta rap was the kind of cheeky, audacious white guy thing you could get away with in 2006. Despite being more self aware than its successors, “Bitches Ain’t Shit” laid the framework for boring covers by demonstrating that the music itself doesn’t really matter.

What Ben Folds suggested, Obadiah Parker perfected. One of Youtube’s definitive viral hits is a cover of Outkast’s “Hey Ya!Û, performed by a Chris Farley-type man with an acoustic guitar and a beard that would launch a thousand homespun DYI recording projects. Parker, whose real name is somehow unsurprisingly Mat Weddle, cemented his place in history by stripping down AndrÌ© 3000’s perfect song to its bare bones. In doing so, he identified one of the crucial misconceptions that drives this trend—that a pop song is defined by its chords and lyrics, and everything else is superfluous frills. We see this with Taylor Swift’s cover too, but the truth is that neither “September” nor “Hey Ya!” is extricable from its production. The brass section in the chorus of “September” is just as crucial to the song’s DNA as Maurice White’s riffing. In the case of “Hey Ya!Û, it’s the frills that make the song work. As many a YouTube commenter have aptly noted, lurking beneath the bubbly AM funk of Outkast’s original track is a bleak reflection on the perils of modern romance. This dichotomy is, of course, entirely intentional, and the original relies on an ironically upbeat backdrop to complement the solemn lyrics and work as a single. Obadiah Parker apparently missed the memo, delivering a ham-handedly earnest rendition that ushered in a decade of vapid, overserious covers. Without Parker, we would not have Ray Lamontagne covering Gnarls Barkley or Chet Faker doing Blackstreet.

And we definitely wouldn’t have Boyce Avenue, the YouTube superstars who made a career out of phoning in viral acoustic covers. It’s important to note how totally tasteless and void of intrigue all of these videos were—frontman Alejandro Manzano’s nasal drone and palm muted Wonderwall-esque sus chords are virtually indistinguishable from any guitar guy at a freshman open mic—and yet Boyce Avenue reached anywhere between 10 and 50 million views per video. They signed to Republic Records alongside Jack Johnson and Owl City before starting their own label, and continue to embark on international tours 10+ years later. It’s not fair to say their success is totally undeserved, but at the same time, is it ethically sound to take bonafide hits and spoon-feed them to unsuspecting tweens in the most immediately palatable way possible? Music is a lot easier to peddle when it’s perceived as inoffensive and familiar, but it’s a far greater testament to an artist’s worth to challenge those expectations and still find success.

It’s only been 10 years and the world has mostly forgotten about Obadiah Parker and Boyce Avenue, but their legacy has permeated all of pop culture. “The VoiceÛ, a reality show whose central gimmick asserts that a conventionally sung, conventionally accompanied cover is worth $100,000 and a record deal, is on its 14th season. Ukulele mashups and “You Have To Hear This Man’s VoiceÛ-Buzzfeed-Facebook-sob-stories are inescapable. And so, as we constantly find ourselves inundated with viral displays of shallow talent, there are three basic questions I try to ask myself when approaching a new cover:

Beyond its basic structure, what did the original song seek to do?
Is this person cognizant of the artist’s intent and the song’s original function?
How does this version of the song successfully or unsuccessfully manipulate that original function, and in doing so, what do we lose?

With this in mind, I think it’s easier to sift through most of the garbage covers without dismissing the concept altogether; you can have a soft spot for that kitschy Donnie Darko “Mad WorldÛ and still acknowledge that John Mayer is objectively lame. Riffing over dull chords is bad, and don’t let anyone tell you otherwise. Tell Taylor she can keep it.