The 30th Anniversary of Damaged Goods Records: A Short Retrospective about the Label and Key Artists 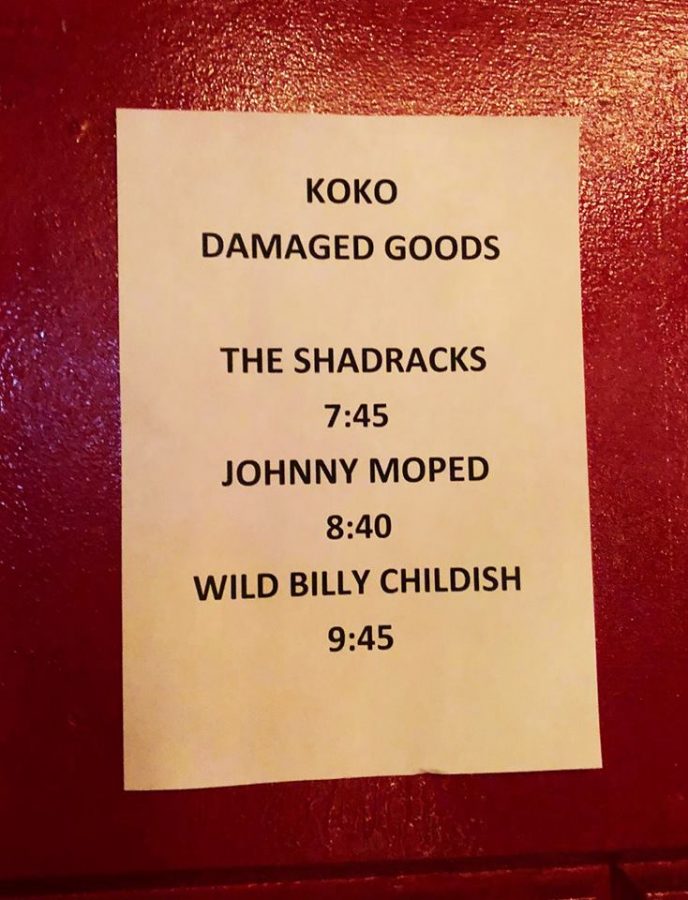 I really am a sucker for the home-grown sort of scratchiness that is imbued in garage rock, the genre that embraced DIY aesthetics and attitudes long before it had any right to. It was a strew of scenes where the major players had, at the very least, enough out of a list of a few integral desires in common with one another that could support and harbor a working formula for what was to come. As it were, these components to the secret garage serum included—but were not limited to—an unabashed love for blues scales and power chords, the basic necessity that their music could be danced to, fucked to if they were lucky, and that it was, above all else, accessible. Why jam together if your band didn’t have any hopes of making it big? Big in your country, your state, your county, your scene; and honestly, given the “success” of some of these bands, it makes me surprised that any of these groups could’ve held it together long enough to produce something, let alone my being capable of ever getting my hands on these “nuggets” of musical gold myself in this age of hi-fi and computer-developed beats. Then again, accessibility is at least one thing championed by these modern times, if not its music? And not that I don’t like music these days, far from that! It’s just that the honesty that came with garage rock almost made it innocuous, even if the sound itself came out like a bullhorn run over by a freight train when put to speakers. And with the advent of punk, we discovered the mutant byproduct of the two genres’ union, the oh-so welcome garage punk. This was when Damaged Goods Records rose, barely noticed by consumers, and continued into stagnant existence for, as we can now celebrate, 30 years.

Damaged Goods, or Dam Good for short, was the baby of Ian Damaged, a man that had seen the London Punk scene as well as the mysterious garage rock revival occurring in Chatham. Heading that landscape was Mr. William Hamper, as he was known and referred to in the privacy of home, amongst his art supplies and records. On the stage, however, Hamper would ritually abandon himself to his punk rock identity, Billy Childish—an alter ego that would make appearances in over 125 of the albums that have piled up as Childish’s years of service to music grinded forward. Childish, a self-starter as most would agree, had been churning out records under different labels for years, assuming many roles in many bands to come by. Ian Damaged had been living a similar standard, so it comes to no surprise that Childish was featured in one of the first original records the label produced (ignoring a reissue of a Slaughter and The Dogs single). Many, many records would be spat out in the 30 years to follow, making Childish’s career as intrinsically tied to Damaged Records as its existence is to him. Where they were from, both became legends.

Bands such as the White Stripes, Mudhoney, and Hinds have mentioned finding influence in Childish’s output and subsequently Damaged Good’s, and yet international fame has eluded the combined efforts of either. Granted, this isn’t very surprising when the sound quality of your record is comparable to a blender working with rocks, but still, why? Surely both would find an audience in these modern times, with bands like The Orwells (unfortunately) and FIDLAR reaching new heights for groups of a similar genre and sound. Childish might not sing as well, play guitar as interestingly, or carry notes about topics as enthralling (which is bullshit, I’d rather have honest takes about parental abuse over the same old lyrics about getting wasted any day in my garage music), but he’s never lost face or integrity in all the years spent playing. The same goes for Damaged Goods, its website proudly displaying itself to be “a PUNK, GARAGE, INDIEPOP record label”; a claim easily validated after a casual glimpse into its discography. I don’t know anyone who knows about Armitage Shanks, Sexton Ming, or Pork Dukes (ifyoudopleasebemyfriendthanks), and these represent the better-known names of the Dam Good catalogue. While labels such as Epitaph and Fueled By Ramen have grown to support the biggest household names of the alternative world, Damaged Goods has been content with sitting idly in the corner, giving a voice to some of the most creative minds the music industry has had the dis-privilege of never knowing, for 30 odd years.

And that is the important thing to be learned from the relationship between the two, the musician and his label. Childish continues to put out the most abrasive sounding garage punk I’ve ever had the pleasure to bleed my ears with, and Damaged Goods keeps throwing young artists with sparks in their eyes and inability in their instrumentation at us. So, in times where technique is tantamount to either 100% or 0% when it comes to exposure to an audience, where being at the right place at the right time means world class status, or where being born to Billie Joe Armstrong means you already have a studio free to access before you know how to play a note, Dam Good stands against the grain, an anomaly utterly alone. No one there gives a fuck about fame or having their faces plastered across television sets world-wide—they just want to play music for the sake of music alone, however they want, whichever way they so desire. That’s admirable. 30 years…

…And the old man still knows how to play.