The Path to a Fuller Experience 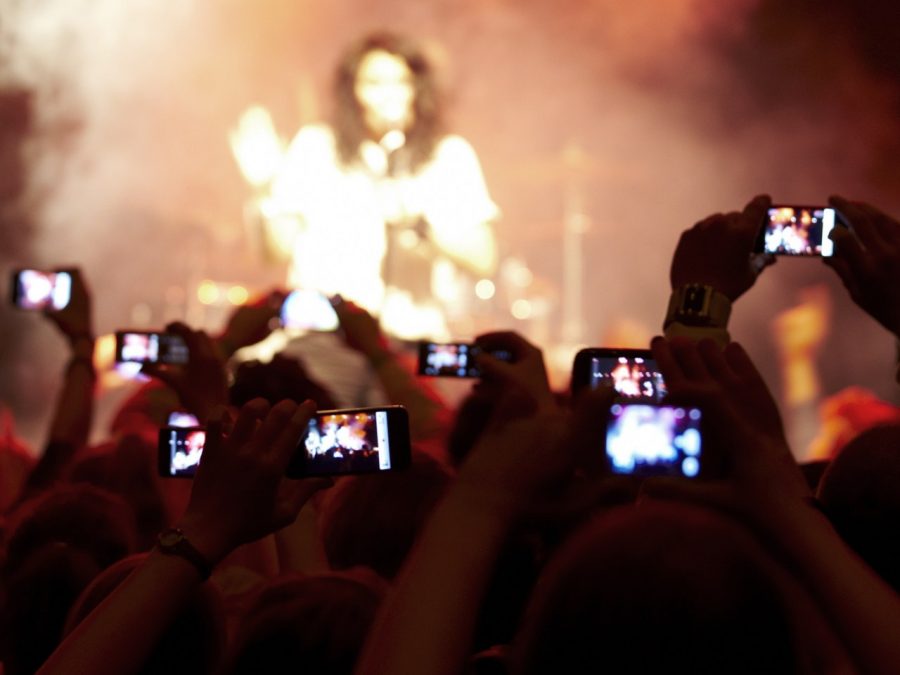 Last week I got to see one of my favorite artists on the scene right now, Childish
Gambino. My friends and I had bought tickets the day they came out, months ago. Within hours
he sold out Captial One Arena. After three songs he addressed the audience, telling everyone to
put your phones down. He continued to explain that this concert is an experience that we
shouldn’t want to instantly share with everyone in our contacts. Continuing Glover pointed out
that if people were only here to listen to their favorite songs, they could go home and do that.
This was more than music, he said, this was church.

For the most part, the crowd did as he asked and the set of constellations made from
phone flashes across the crowd vanished. In the next song, II. Worldstar, he poked fun at those
near the front of the stage who were still recording. In between choruses point and saying “You
aint recording aren’t ya? Show me” and if, in fact, they were recording, he respond with the
phrase, “WOOOOOOOORLD STAR!” and the crowd would roar with laughter. The audience was
on his side. What followed was one of the most authentic concert experiences that I’ve had in a
while. The rest was filled with dancing, singing along, and an a deep connection of what we all
loved in Childish Gambino’s music.

This idea of disconnecting to create genuine experience is nothing new in the world of
live music. Jack White of The Raconteurs, The Dead Weather, and most notably the White
Stripes has spoken about the subject in numerous interviews. In a March interview, White
explains his views on the matter, saying “when you go to a movie theatre, a symphony, church,
whatever; there are all these moments in life where people put those [phones] away and
engage.” He continues to by saying that concerts should be placed alongside those other
events. The full interview is linked here and this section of the interview is four minutes in.

The first time this idea was brought to my attention, I didn’t think much of it. I believed
that this wasn’t really a problem. This wasn’t until a recent trip to Paris. On top of my love for
music, I also have a love of art. Some of my favorite painters are Cezanne, Monet, and Pissarro.
During my time in Paris, I spent hours in museums and in that time I felt like I was the only one
looking at these paintings. A famous work by Van Gogh would always have a crowd of 50
people surrounding it. Even though there were 100 eyes in that crowd, not a single pair were
viewing the painting. Everyone was looking at it threw their phones. And that’s when I began to
agree with Glover and White.

If I wanted to look at a photo of a work of art or listen to a song I love, I have google.
These can be accessed at any time of my choosing. The real physical presence can bring so
much more to an experience when people allow themselves to soak in the moment. Seeing the
intricate designs of a Gustav Klimt painting up close or screaming along to the chorus of “Best Of You” along with 20,000 other fans while Dave Grohl somehow manages to pull of an
extremely energetic show with a broken leg, these are moments that cannot be captured by a
smartphone.

Before this realization, I thought that this was simply the older generation complaining
about changing societal trends. However, through my experience, I have learned that this view
is coming from a place of encouragement and not of judgement. These events are way more
impactful when people give them their full attention. Since I have changed my opinion, I have
felt like my experiences have had more meaning. I’ve been to a few concerts since and they
have been some of the greatest shows I’ve been to in a while.