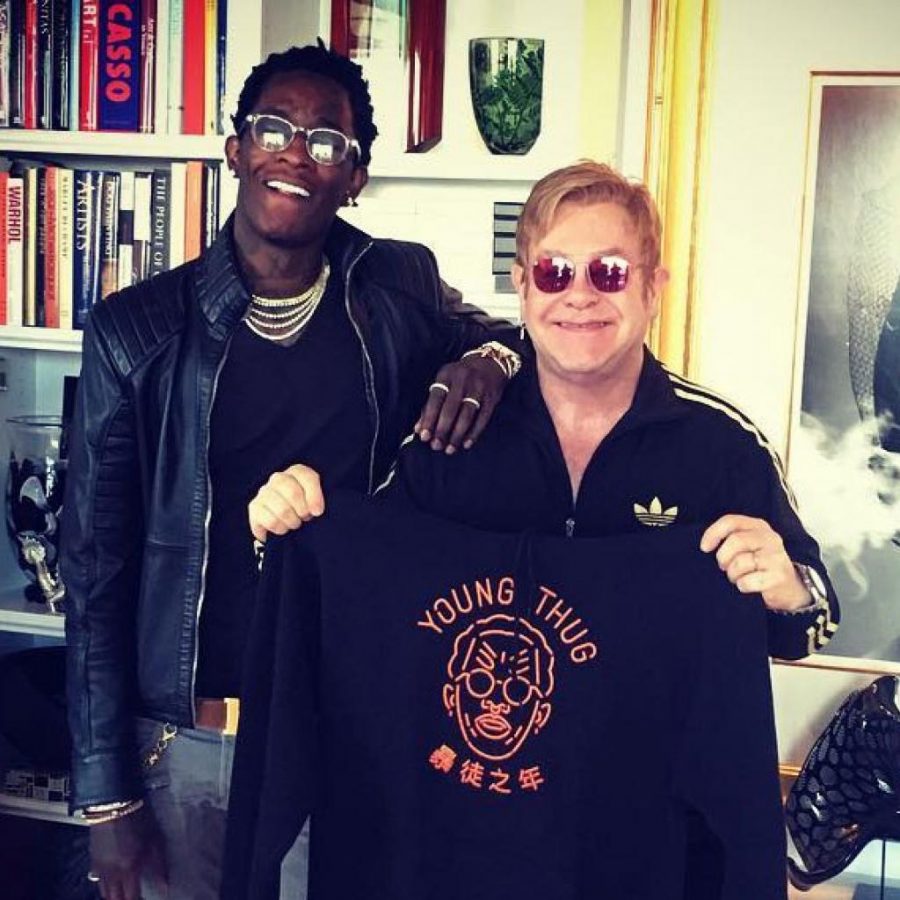 (In which we take a look at the underrated “High” and the overrated (but still good!) “Rocket Man”)

Young Thug is a modern miracle. Few hip-hop artists today have achieved such broad success; he has topped the charts and garnered critical acclaim all while boldly defying hip hop norms with his entirely singular artistry. His fans range from André and Kanye to Iggy Pop and Elton John, the latter of which recently materialized in the form of “High”. The Elton-blessed track, first hinted at in 2016, features a vocal sample of “Rocket Man”, and here’s the thing: it’s really good.

“High” has a lot going for it—the concept of a Thugger x Elton John collaboration alone is enough to stir a media frenzy —but what really sets the song apart is its 180-degree tonal shift from the 1972 original. In the hands of producer Stelios Phili, a single lyric, “And I’m gonna be high…I’m a rocket man”, is chopped into a serene ode to the effects of drug use and a freewheeling lifestyle. It’s one of the more interesting uses of sampling in recent memory, perhaps most closely resembling the artful inclusion of Sister Nancy’s “Bam Bam” on Kanye West’s 2016 single “Famous”.

There’s no doubt that “Rocket Man” has left an indelible mark on pop music, and rightfully so; it’s a skillfully constructed metaphor for the consequences of life in the music industry filtered through a Ray Bradbury-inspired meditation on the loneliness of space travel. But where the original leans toward maudlin, “High” feels organic and expansive. “Rocket Man” was produced by Gus Dudgeon three years after his work on David Bowie’s “Space Oddity”, which possesses a nearly identical sonic palette and subject matter. Though lonely astronauts may have been a more apt trope in the post-Space Race years, there’s a certain je ne sais quoi in “High” that makes it infinitely more accessible. Maybe it’s the purposefully under-compressed production by Phili that defies trap convention and lends the track a remarkable depth to complement its buoyant themes. Maybe it’s that despite his penchant for snarled, sinister delivery, here Young Thug employs rollicking flows and vocal tics that layer beautifully over the original vocal sample. Maybe minimalistic trap beats are just the 2010s equivalent of soft rock; in any case, “High” stands as one of the finest entries in the Young Thug canon and an unexpected synthesis of two of pop’s strongest hook writers. I’m holding on to the pipe dream that it earns the same recognition for Thugger as the original did for Elton.