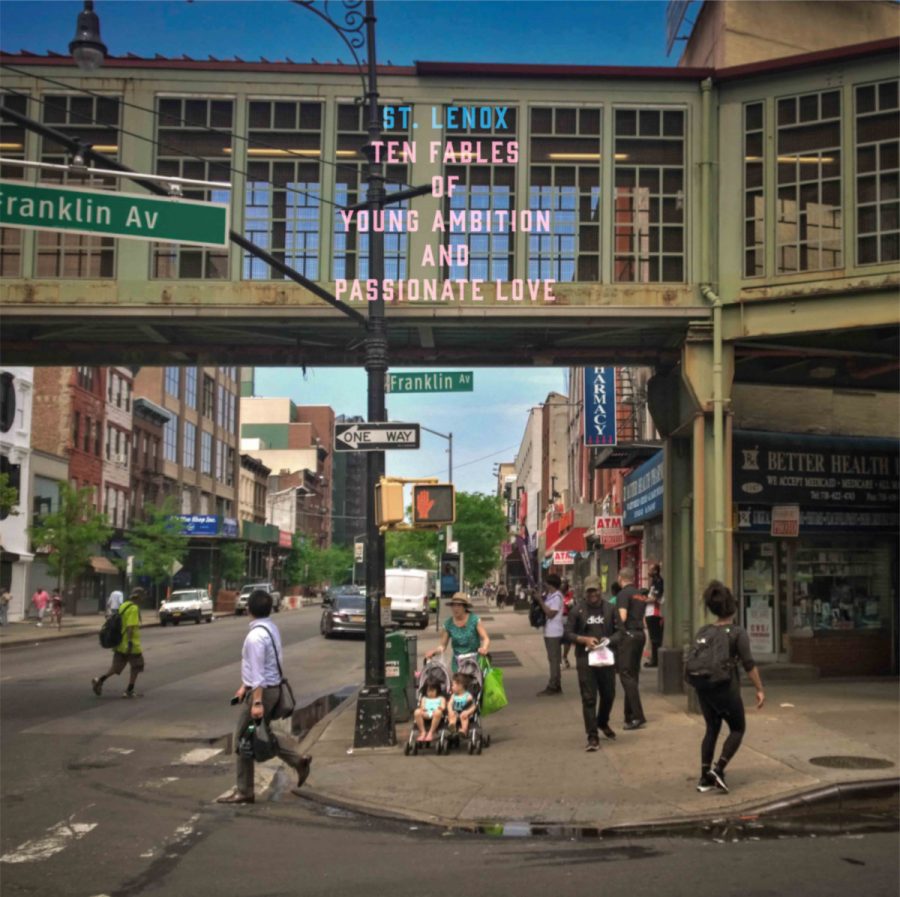 Andrew Choi is a practicing attorney in NYC who writes and records music during his “off hours, at nights and on weekends”. He is also a gay second-generation Korean immigrant. He studied violin at Juilliard and earned degrees from Princeton, Ohio State, and New York University. His first foray into singing came through karaoke, which he performed to calm his nerves before public speaking engagements. These disparate parts of Choi’s singular identity inform his music as St. Lenox; his new album, Ten Fables of Young Ambition And Passionate Love, is filled with observational, sage-like commentary on the world around him and the unanswerable questions life asks us. Choi’s lyricism carries the wit of Paul Simon, the fluidity of Joni Mitchell, and the narrative ferocity of John Darnielle as he paints achingly honest portraits of rejection and loss. His voice, a ragged and bellowing force of nature, commands attention over a diverse array of pop-adjacent arrangements that range from individual acoustic guitar to full-fledged electro pop. Throughout the album’s ten songs, Choi flexes his keen grasp for intimate detail by using deeply personal experiences to express broad truths about the lonely moments we all find ourselves facing. This total vulnerability allows him to get away with lines like, “You like to think of yourself as the protagonist of your own life,” without ever coming across as disingenuous. On the album’s confessional centerpiece “Vincent Van Gogh”, Choi contextualizes his own existential fears by comparing himself to the posthumously-celebrated artist. In doing so, he observes:

Never to be remembered by his neighbors and friends but a poor, lonely hipster with a sad blue streak/

I can’t even rise out of bed anymore, ‘cause the weight of the prediction is so heavy”

He’s a maximalist Mark Kozelek, with all of the self-consciousness but none of the sneering pessimism. In fact, Ten Fablestakes the opposite perspective; like any good fable, these songs prompt the listener to look outward. Choi is fascinated by the breadth of stories present in NYC, and in the world, and in ourselves. Just as the album cover emphasizes strangers instead of St. Lenox, Choi sees his tales of isolation as common experiences to which we can all relate, thereby linking us all together.