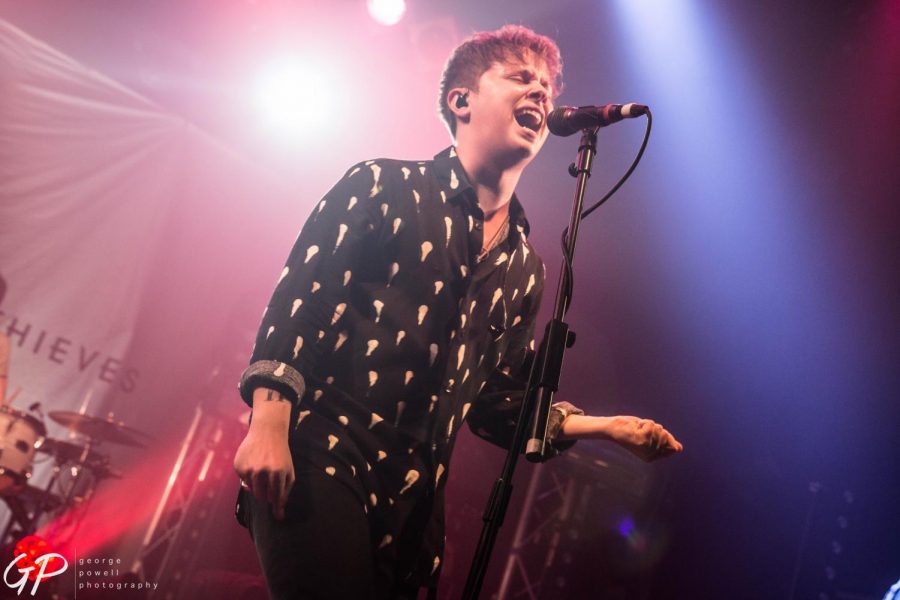 Whenever my friends and I get into a discussion about what music we are into right now and why, I find myself always going back to the same point. “This artist I’ve been listening to recently seems so genuine” or “there is something so authentic about this song” are phrases that I find myself saying more often than not. But what does that mean? In a literal sense, the word “genuine” just means actual or real. But no one ever says “Wow! Listen to that actual music!” or “I can’t believe this is real music.” When people describe something as “genuine” they are referring to an intrinsic property of that thing. “It’s genuine leather” one might say. But how can music not be “real” music?  When this concept is used to talk about music, it can hold a multitude of deeper meanings. After thinking about this for some time, I’ve been able to come up with three separate meanings for the term.

The first use of the term expresses some sort of truth about the human experience. A genuine song, in this sense, is not necessarily performed by the most technically talented musicians. What it does is convey some message in a way that people can heavily relate to the subject matter. This message may be political or emotional, among other things, but usually it is an expression of how to deal with the struggles within life. This can be seen in songs like “Heart of Gold” by Neil Young. Consider the first few lines: “I want to live. I want to give I’ve been a miner for a heart of gold It’s these expressions I never give, that keep me searchin’ for a heart of gold, and I’m getting old.” In this section it seems he is endlessly working to become a good person who can relay his feelings. He also understands that his time is fleeting and eventually he will either succeed or fail, but rather than letting that send him into a perpetual surrender, he continues. Another great example that is a little more contemporary is Hozier’s “Cherry Wine” which is a beautiful song that tackles the extremely painful and terrible experience of abuse within a relationship. Songs that are genuine, in this use of the word, share a message that can make listeners think about what they believe about morality.

Another way “genuine” can be used is to describe a piece of music that is emotionally raw. These pieces convey an emotion in a very pure form. This can be any emotion, but the defining characteristic is intensity. An emotion that is usually associated with this intensity is anger. An amazing example of a song overwrought with anger both in meaning and sound is “Ayahuasca” by My Ticket Home. In this track, the band throws the audience in front of a speeding train of anger. It is a violent vortex of crashing drums, roaring guitar riffs, and primal screams. While many examples of pure anger can be found throughout various genres, many other emotions at their peak intensity can be just as powerful. While listening to a song like “If I Get High” by Nothing But Thieves, one can understand just how paralyzing extreme sadness can be. The song deals with coping with the loss of a dear loved one. It starts as a slow quiet tune which, to me, makes me feel like I’m listening to the echo of someone weeping down a long hallway. The song finally builds its resounding pinnacle, leaving me speechless every time. Both of these songs surround the listener in an overwhelming sea of emotion. After listening to these songs, for me, I’m left dizzy and exhausted after dealing with such immense experience.

Finally, the third way I find myself using the word “genuine” is to describe a song that’s an all-out party. These songs are fun and catchy; they make people want to dance. Clean Bandit’s “Rather Be” is, in my opinion, the epitome of this type of genuineness. It is energetic and once I hear it, it’ll be stuck in my head for hours. Another great example of this feel-good music is any funk song you can imagine. To provide one example, listen to Tower of Power’s “Soul With A Capital ‘S’” off of their 1993 release T.O.P. Like most of their songs, this piece is just a good time. Every aspect of this song instills the audience with a captivating sense of enjoyment. Even the lyrics are about how soul music is fun. This use of “genuine” is slightly more subjective than the other uses because music that may be catchy to some may be irritating and awful to others.

While these meanings are very different from one another, they do hold something in common: the listener. All of these meanings are contingent to the audience and their connection with the music. Therefore, the validity of the term is completely relative. You might not think any of these songs are genuine. You might have songs that connect more to your experience than the ones I have listed. You might think that all of these people are merely businessmen trying to sell their product to the masses for their own economic gain. The term “genuine” used in any of these ways is about the connection a song has with the listener, and therefore, there is no “the most genuine song” or it’s opposite. A song’s genuineness is firmly based in the experiences of the listener. That feeling of finding a new “genuine” song—one that connects to me—is beautiful. It’s one of the many reasons I keep searching for new music.