An “Alternative” Horoscope Because HARD TIMES Already had a Punk One 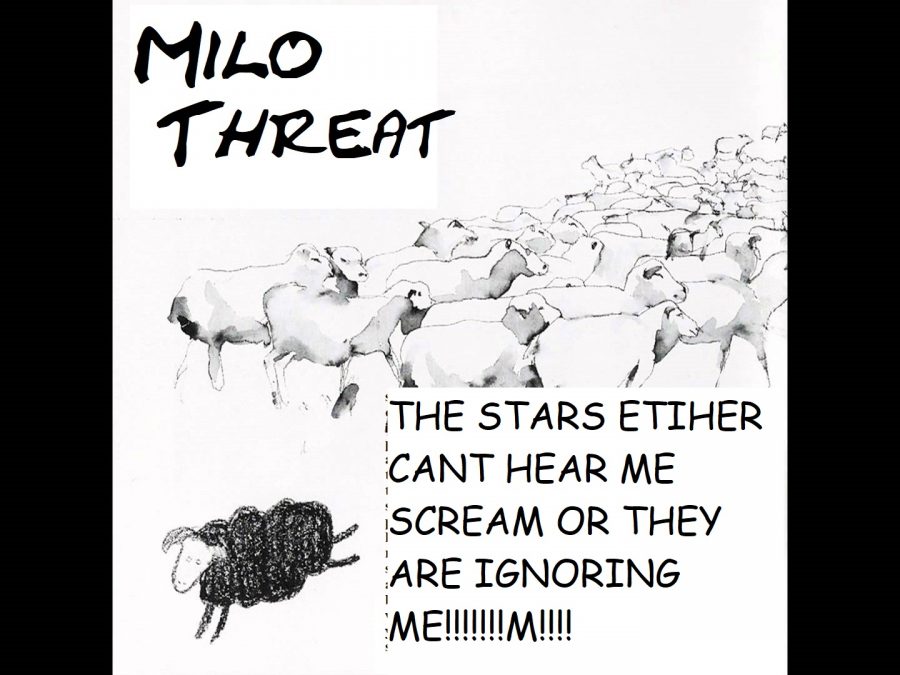 I know you are looking at the picture for this article thinking to yourself, “Wow, this person can really use paint on Windows 10!!” and you are damn right I can use paint. I’m not GOOD at using paint, but I can USE it. What can you say you can use and not be a good at? Few things, I’m sure. Anyway, I realized after my first version of this that HARD TIMES already had a punk horoscope? So, as to not get my lovely little organization knee deep into some trash-fire I started myself, I figured this time around I’d, uh… “Edit” things a bit and save myself the trouble of being original as finals come creeping in through the window. I also know for a fact it was a Sagittarius that kept that window open, and, not to name names— it was me. Anyway…

You’re reading this when you shouldn’t, I know that much. Honestly Aries, you always find a way to diminish my expectations in you even further past what should already be rock bottom and you know what? Kudos to you on that. I don’t know many people that can make stepping on and degloving their own toes look like the sexiest flamenco dance I’ve ever witnessed— and I’m thinking I want to keep it that way—but seriously, keep kicking ass, even if it is yours. Actually, especially if it is yours. Have whatever this is:

I really want to see one of you in the pit. Like, I really, REALLY want to see that. All you guys do all day is be normal and it weirds me out a lot. Where’s your cognitive dissonance? Where’s the rage? THE BIG KAHUNAS ARE MAKING HAMBURGERS OUT OF YOU! WHAT ARE YOU GONNA DO ABOUT IT? LOSE YOUR CHAINS AND RISE UP!!

Or butter some bread, I don’t know. I’d rather avoid getting you cranky. Here’s some indie rock to calm you down:

Ah yes, the prodigal sons! The beasts of burden! The… I don’t really know anything about you guys, weird as that is when you’re my sister sign. As far as I know, I have zero Gemini friends. But hey, I’m sure that some random idiot putting no effort in their article on specifically your part in it won’t be a big enough thing to bother you!

A Gemini has a knife to my throat at the moment and they’re telling me to put the least effort in you instead. I’m sorry but I have a family to think about.

I know your secret. Yeah, I know it. I see you, guns all a-blazing, your flailing arms dismembering all whom you pass (so you believe), but I know what lies beneath the velvet sheets. Only someone with the biggest secret in the world would go out of their way to let people know they’re talented, brilliant individuals. Yes, up yonder the road I do say I spy a gate, and behind that gate is a towering sign that bewitches the sight of all who dare stare at it. Yes, the sign reads as follows: “my kink is attention”.

With asses harder than any test I’ve ever had to take, I really don’t think I need to give you guys “studying” music. Rather, I want to distract the living hell out of you! Listen for a neat surprise and remember to turn your volume up to the max!

And now we find the sadboi in their natural habitat. See what they’re doing with their hands in cyclic motion? To eachother? My friends, that right there is a circle-jerk, one of Mother Nature’s best ways of saying “approach with caution.” Facing a Libra naked in the wild is akin to wrestling your typical Pitchfork music critic; you’ll definitely beat their scrawny ass but run risk of getting the Libra’s blood all over your new Doc Martens. With this in mind, do not fight the Libra. Befriend them. They are likely going to feel alone in the world, and the time is now to put a change to that. Here’s some friendship-making music:

Maybe try calming down a bit. The year is almost over! What do you have to lose? Sure, 2018 might not have been what you wanted it to be but you can’t spam hate-mail to a construct of our existence (trust me, I’ve tried). Get what’s able to be finished, finished, and move on. Go light with a spring in your step and please don’t sting me.

What if I told you edginess by no means equates to quality? Would you believe that? There’s some good to be found in the nicer, happier-seeming things, and sometimes you’ll find the most endearing aspects of life present in such. Try something different, Capricorn:

You guys don’t have to tell me you aren’t holding up well. Rebellion is time-consuming and requires a lot of energy from you, and, looking at your reserves, you didn’t have much juice in you to begin with. That’s completely understandable! Just don’t tell anyone about it and assume they’ll know you’re fine because, well… they must know right? Ah yes, we non-Aquarians are wickedly good mind-readers, so you’ll get by on the non-communicative train without any trouble. That or you’re getting double. Who knows! Relax to the alt of alt:

I really just want to show you a video of 4-year-old me singing “Slippery Fish” along with my other Pre-K peers at our first graduation, but I don’t think that’s on YouTube? Or anywhere on the internet for that matter? Damn. Well, as fish-people, I’m sure you’ll enjoy this song as a concept: