A Band I Should’ve Been Loving For Years 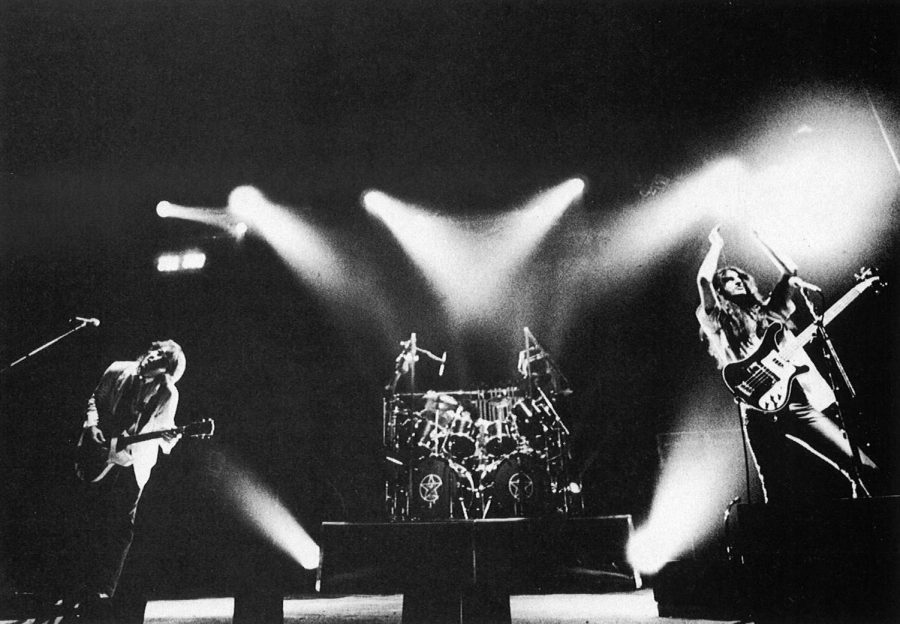 I’ve been a drummer for about half my life. My involvement in playing music has greatly influenced the artists I have listened to. Most, if not all, of the music on pop radio in my formative years was rhythmically monotonous. I’m not saying that songs that weren’t catchy or enjoyable didn’t exist; it’s just that I felt I wasn’t gaining any new knowledge to apply to my playing. That’s why I started listening to groups who I felt could provide content that was both entertaining and interesting. Listening to rock drummers like John Bonham, Keith Moon, and Ginger Baker gave me so much more to think about. Over time I felt like I was learning so much about the instrument I was so passionate about through these musicians and others like them. However, there was one drummer in those same ranks that I was not interested in: Neil Peart of Rush.

In high school, whenever I was in a conversation with other young musicians about great rock drummers, it would always come back to Peart. “He’s the greatest man to sit down at a drum set” or “You have not lived until you have heard a Peart solo” were just a few of the common phrases that I would hear in these discussions. One would think that upon hearing these opinions from my close friends, I’d run to my computer and watch every clip of his playing but that’s not what happened. I felt that all this talk surrounding Peart and Rush was on such a level of amazement that my experience listening to them would only result in disappointment. So, I never got into them. That is until about two weeks ago.

I keep a playlist of classic rock songs that I listen to every once in a while. It’s a good mix of Led Zeppelin, Bowie, The Police, Queen, The Who, and a lot of other bands that were big influencers of the hard rock sound of the 70’s and 80’s. A few weeks ago, I had been listening to this playlist all day, until it finally finished and began playing songs that were related to the mix. That’s when I heard “Fancy Dancer” for the first time.

This track is was written in Rush’s early days, before Peart even joined the band. What peaked my interest in this song wasn’t the amazing technical skill in the performance or the introspective lyrics, the existence of which are debatable. What caught my attention was that this song was indicative of the hard rock sound of the 70’s that I loved, and it was coming from Rush. Something else that really struck a chord with me was Geddy’s vocals. In this song, he shows off his ability for a rawness and soul not unlike Jack White’s as well as the range and virtuosity of Robert Plant. Also, is wasn’t just a mixture of voices I had heard and like before. There was something unique about this performance that I still can’t quite put into words. After hearing this song, I wanted more.

From listening to rock radio for years, I had heard some of their work before. I had vaguely enjoyed songs like Limelight” and “Tom Sawyer.” Upon looking through their discography, I found that those two songs were on the same album, Moving Pictures. For that arbitrary reason alone, it was the first Rush album I listened to start to finish.

This was a life-changing 40-minute experience. I felt like everything about this album had been tailored to my every musical desire and it fit like a glove. First off, it has the same general hard rock sensibilities that I have loved for years. Big distorted riffs, memorable phrases, wailing solos— his had all the trappings of any great hard rock album that I was already in love with. On top of that is a layer of technical complexity. There are sections in each song that, either rhythmically or melodically, take a such a level of skill and precision to pull off, and boy do they! Great example of the bands musical prowess can be found during the instrumental break in Tom Sawyer as well as the entirety of YYZ.  Another aspect that sets them apart from the stereotypical hard rock band of the 70’s and 80’s is the band’s introspective lyrics. While critics of the band have called their songwriting, style stuck up or full of itself, I see it very differently. For some reason, I crave introspective themes in music and this album delivers. Limelight, one of the album’s singles, with lyrics like “Cast in this unlikely role, ill-equipped to act, with insufficient tact. One must put up barriers to keep oneself intact” talks about how odd becoming famous is and how it distorts one’s life. Another great example of this lyricism is on the closing track Vital Signs.

This song addresses the deep contradictions of human life. It expresses our desire to step back from the world which has worn us down and relax in sections like “A tired mind become a shape-shifter. Everybody need a soft filter.” It also expresses our desire to achieve our dreams by toughing it out and pushing ourselves in sections like “Leave out conditions. Courageous convictions will drag the dream into existence.” By saying “Everybody got mixed feelings about the function and the form,” the song even addresses the fact that, even though this seemingly irreconcilable conflict exists, somehow, we manage.

And finally, the last thing I loved about this album. Neil Peart. I now understand the hype around this guy. In every moment of this album, the drum track is just right. It’s flashy when it wants to be, but it never steps on anyone’s toes. Each song is a testament Peart’s versatility, precision, and fearlessness as a drummer. Just superb.

What did I learn from this experience? First off, I was wrong. For years I avoided this band because I thought they were this over the top prog-rock band that took their time indulging their musical egos to get nowhere 11 minutes later. While other albums like Hemispheres or 2112 may go into lengthy and spacey territory, I have yet to feel like the band has ever really jumped the shark. I have also learned to not repeat this mistake. In the past few weeks, I have listened to a lot more of Rush’s discography and now they are one of my favorite bands. I can’t imagine what other great music I might’ve been missing out on.

I urge anyone and everyone to learn from my mistake. Search for great music, wherever it may be, and don’t let arbitrary reasons get in the way of finding something that you can connect to. Ultimately, that is what music is all about: genuine human connection.

If you like the classic hard rock sound but want to be challenged with complex musical structure and philosophical lyricism, Rush is the band for you. To get into them, I would suggest albums like Moving Pictures or Permanent Waves. These two have a great level of accessibility while also inviting interest into the band’s more experimental works. Or, take a listen to this quick playlist of some of my favorite songs from a few of their albums. You’re welcome.