Agendered and Going On a Bender: Punk Experienced by a Non-Binary Fan 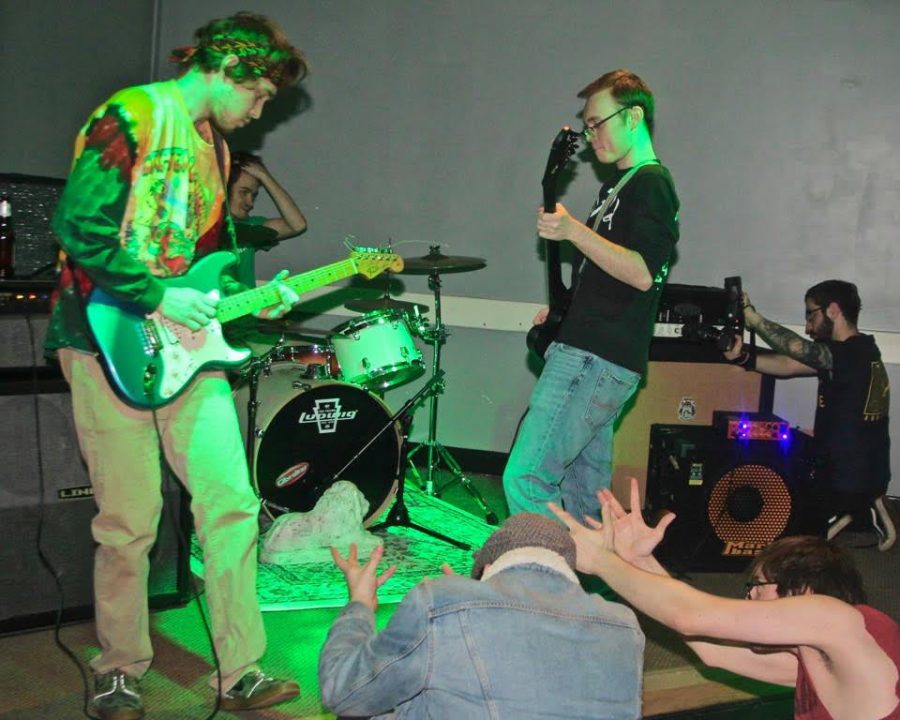 The topic for this article could make for a compelling 200-page memoir in and of itself but I’ve been tossing this concept around in my head for awhile and I suppose it’s time I spilled some guts before they spill themselves for me. If you haven’t already taken a hint from the title, I am someone who identifies as non-binary. Now, you can nose dive directly into whatever exactly that may mean, be my guest, but I’m not going to waste precious article space explaining the ins-and-outs of identifying as something that has varying modes of realization in what is wholly a subjective existence. How an individual goes about their lives as someone outside of the gender binary is completely up to them and no worthwhile, objective definition can be surmised with this in mind. And honestly, that’s a characteristic I think the non-binary identity shares with punk; the two came naturally as I grew up.

“Loser is the new nerd!” a young Chris Gethard once proclaimed, “Loser is the new nerd!” his audience on The Chris Gethard Show immediately chanted along with him. Chris Gethard is by no means non-binary—he’s already too focused on scavenging any straggling heap of testosterone he can come across—but his show is certainly host to fans and artists alike who are gender-nonconforming and more. To that end, I feel as though that as a punk fan and a self-identified queer I should give a shout-out to the guy and his comrades, while also making you folks aware that I’m stringing together some sort of point to this. TCGS is a DIY “talk show” of sorts that features many punk bands and individuals of similar aesthetics under a shared “misfit” moniker. The show prides itself in its being full of social outcasts/creatives, so it comes to no surprise that I discovered it the way that I did—through non-binary friends.

Punk is a celebration of the individual in much the same vein as Chris Gethard’s 1 hour of public access hell, but it is also a means of expressing emotions in a way that most other genres can’t. It is a genre of turbulence where anger and sadness and guilt and pride well up together and mix until shot out an instrument. To me, the formula isn’t far off from how I interact with my gender dysphoria. I work with those feelings I mentioned on the daily, and the scrutinizing eyes of those around me don’t help. Then, I go to a show. I mosh and I see other people sweating, vulnerable. There’ll be people wearing denim jackets intermingling with persons straight from Vanderbilt family photos, chatting away the night over the new single released by some band they both like. I’m with the best friends shitting all over Foucault and smoking cigarrette butts they found next to a trashcan. The band will say “FUCK RACISM” or “TRANS RIGHTS” and everyone in the crowd will yell out in support. Punk gives pride to the pride-less, a sense of unity to people that haven’t been garnered such since privilege doesn’t seem to touch them like other folks. As someone who is scared to be myself in most public circumstances, seeing a lack of fucks fully visualized in front of me is incredibly empowering. It once did the opposite.

When this fascination first started I was using it to push my identity into the closet even further and that’s a reality I refuse to deny. Punk certainly provides the tools for that sort of thing. I hardly ever go see the bands I liked when I was younger; old white men playing fast rock can only take me so far, and those shows are expensive, too. More importantly, I will not go to these shows is because they are emotionally costly to me. I spent too many of my days listening to Bad Religion songs to fuel my anti-theism, too many days wasted on “Bro Hymn” by Pennywise. It gave me some trace of freedom at first but not like anything I feel now. In fact, I was avoiding feeling.

And then I stopped. That’s how I experienced punk as someone outside the gender binary, the good and bad. It always helped me and pushed me in the direction I needed to go but it wasn’t until I started accepting myself that punk’s influence really started asserting itself. Bad Religion was replaced by Against Me!; I related so much to the main protagonist of “Thrash Unreal”, feeling like a has-been hiding her pain. Then I read that Tom Gabel had been replaced by Laura Jane Grace somewhere online and didn’t understand the implications. I did my research. Tom Gabel and Laura Jane Grace were the same person, but there was no Tom Gabel anymore. This blew my mind and terrified me. I could sense joy stringing itself together and then being torn asunder by an anger that seemed to have come from nowhere. Questions were thrown about in my head while answers were few and far inbetween. I stopped listening to music to try my luck at inventing some answers of my own. Nothing.

I still haven’t listened to Transgender Dysphoria Blues, but I realize now that if I did when it first came out I could have skipped past the years of pain that followed my dropping off music. Things only started turning around when I came back to it. The aesthetics of it all and the rainbow of opinions attached delivered on one true message that I desperately needed—Be my fucking self. Flying freak flags is one thing and leaving behind the notion of a misfit collective for total identity anarchy is another. I prefer the latter.

A lot of this is rambling, even if it is sincere. Punk is like that, gender is like that. I’m someone who has survived my youth and come out better. I write songs about that, punk songs. Songs about solidarity in feeling that and identifying outside societal norms and loving who I want and being who I am. “We’re Comin’ Out” by The Replacements.