Why I Cover: “Wake Bake Skate” by FIDLAR 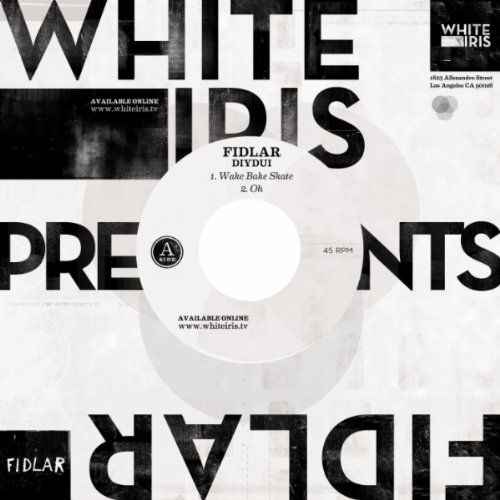 I take melatonin because I have hard time sleeping. Sometimes there’s no need for me to “wake” as I might end up remaining conscious all through a given night anyway. I’m straight edge and a lousy cook, so “bake” isn’t applicable to me at all in any definition of the word. I can barely ride a two-wheel bike and you expect me to be able to “skate”? Golly, you need to lower your expectations. Nothing about this song should apply to me but somehow it completely does.

“Wake Bake Skate” by punk outfit FIDLAR was my first real foray into modern day garage music and that genre as a whole. Bear in mind that I’m talking about my favorite genre here; you’d think this song had to have completely converted me or something in order for that to have happened, and you’d be right. Referring specifically to the version off of the “DIYDUI” EP, the speed of this song, its raw acidic instrumentation, and the screaming nasal-drip of an excuse for vocals was something of an assault on the soul, a call to arms. I was 16 or 17 when I stumbled onto the official music video for it— the Grim Reaper flips the bird at the camera and rides down sand dunes to little success—and before I had even bothered looking into the attached lyrics I could already sense the unapologetically volatile “fuck you” directed towards anyone listening. The song seemed comfortable with completely keeping the audience at arms length about what it was talking about and why, both sonically and visually. And, respectfully, you really didn’t need a degree in quantum mechanics to know what exactly that was or why FIDLAR provides little to no explanation for it. FIDLAR wants to fuck shit up and get fucked up, any of its collective’s baggage abandoned in the storytelling to emphasize that it shouldn’t be of any concern to fans, critics, and family members alike. It’s the id at its most destructive personified, boyish adolescence faced with an absurd world and responding with hedonism. The audience doesn’t need to know anything past the band’s member’s simple want to drink themselves to death.

Again, I was (and am) straight edge. I didn’t really relate at all to that premise, at least not the part that involved drinking. But there was something about FIDLAR’s specific “fuck you” attitude that made it stand out against the backdrop of an entire genre about saying “fuck you”, and it was the notion that I didn’t need to explain ANYTHING about that “fuck you”. Somehow the band stripped even more responsibility away from youthful rebellion, and it made my ears beg for repeats of “Wake Bake Skate”. I wanted to replicate that philosophy so badly, I wanted a recording of it, an etching in the wall of history saying “Milo at 16/17 years old didn’t give a fuck about you, your expectations, or if you wanted to know more about why they didn’t give a fuck! STOP PRYING, ASSHOLE!”. I’m thankful for the fact that I no longer want that put on my tombstone, but this song still sticks around in my music library. Here’s why:

For one thing, the song is stupidly easy. 3 chord philosophy up the wazoo here, the song is just F, A, and Bb over and over again. With that simplicity there is another inviting reason for learning the song: it’s nigh-on perfect to dick around with. The tempo can be yours to change, the structure acting like play-doh when your guitar is at hand. I have turned this skate-punk bop into a stoner metal 6 minuter before, complete with sludge-like distortion. I have added leads, different strum patterns, etc so much so that this song is a guaranteed fun-ass time to bring out during band practices. It’s honestly a wonder that I have yet to perform this live outside of busking and a graduation party, but at the very least I do have a particularly grimey demo I recorded with the drummer for Other Victorians before that band started, so here you go:

And because I forgot to include it in the previous article of this series, here’s my band Turb’s cover of “Blitzkrieg Bop” by the Ramones (AKA the only existing recording for this cover overall that I’m aware of):