Twin Fantasy: How My Music Taste Branched Off from My Brother’s 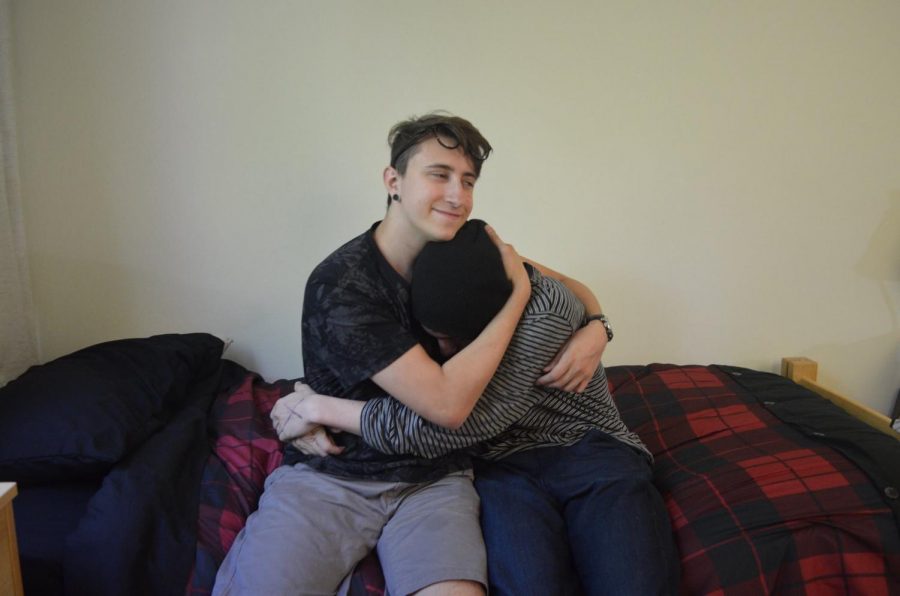 My Dad had us cut our teeth on the Beatles to start. Hunter and I both liked the Beatles—still do, in fact— but my interest in the Fab Four grew to its own dramatic heights separate from that of my twin. I remember arguing with Jacob Cornblatt, by then the only one of my classmates I knew to practice drums back in 2005, about how Ringo Starr was the best percussionist in the world. Jacob didn’t agree, and he wasn’t the type to allow my naiveté on the subject to continue unnoticed, so we went at it for a few. And by “went at it”, I really mean I just took it as he crammed his sarcastic but far more well-informed opinion down my surprised and confused throat. I literally didn’t know how to counter Jacob because it was the first time I’d ever met anyone that bothered to hold a serious opinion on a mutually enjoyed subject that I didn’t share.

It was as much a brush with reality as it was an experience in embarrassment. On the one hand, my logic at the time seemed sound. The Beatles are one of the most popular, best-selling, and beloved bands in the world, with countless books, film, and other forms of media based around a quartet of otherwise normal dudes from Liverpool. Thousands of artists throughout the varied terrain of self-expression have admitted to being influenced by them; there’s likely hundreds of thousands more if not hundreds of millions that adore the group in the privacy of their homes. By my juvenile-ass logic, it was impossible to achieve such heights without being the best of the best, the best instrumentalists and singers— drummers included. But years have since informed me of how wrong I was, and I took those years to heart. Hunter, on the other hand, never allowed himself to land in similarly embarrassing, equally pointless situations.

I think our individual experiences regarding the Beatles speak numbers for how my brother and I’s music taste has grown far apart. We certainly started at the same points but, by our 21st birthday, a quick peak into our phones’ music libraries would show very little in common. His library is riddled by his scene, sadboi, and stoner phases. Panic! at the Disco shares a home with Blackbear, Pink Floyd sprinkled in for good measure. I’ve long-noticed an adulation for high fidelity on his part, sharp and refined beats to go with sensuous, confidently anxious vocals. This is not to say I haven’t noticed any variety, though. Facts are, this variety is where we seem to find ourselves running into each other the most (more on that later).

I never liked confidence, and I especially didn’t like it when singers also threw in what felt like was the most milquetoast angst to go with their lukewarm reasons for said angst. I can’t speak for my brother and his experiences, and I really don’t meant to disvalue what he has been through, and somehow still whatever pain his artists espoused did not sit well with me. I viewed it as self-serving, cynical if not callous; it was men complaining about things that I didn’t think were all that worth complaining about (outside of Pink Floyd and, even then, I’ve only known Hunter to listen to them when he’s f*cked). I wanted something blunt and politically provocative, especially if it was in the same vein as my father’s music.

That’s where I think a lot of our differences began to show themselves. I considered my Dad’s palette to be something of personal scripture. I very indiscreetly launched myself into his CDs, starting from the Beatles and going from there while Hunter seemed more than fine going down another road. He liked what his friends liked, what girls would seem to like, and whatever gave him a voice to listen to that wouldn’t sink him down to somewhere else. He didn’t want to go anywhere else; he just wanted to feel good. And he was by no means self-righteous about wanting his music to make him feel good in the way that only music can, but that wasn’t my cup of tea. I wanted my music to tell me I was right.

Not right in merely a political sense, but right in a moral way. Hunter’s music gave him the O.K. to be himself, and mine attacked the source of whatever I thought wasn’t allowing me to be myself in the first place. I think songs like “Southern Man” by Neil Young were the first examples of this shift, my attention devoted to the politics that I could understand with my fifth or sixth grade comprehension level. And, when I ran out of politics I understood, I listened with malicious intent towards anything against organized religion. Never mind class theory, God was the root of all of mankind’s problems. No one should have ever let me listen to Bad Religion.

With the hindsight of an additional decade, I now know that my focus was misplaced. Something in the way Jacob Cornblatt’s condescended my Ringo take could be seen in the way other kids bullied me for other reasons. I thought I had noticed that they listened to a pop that was, as a whole, nothing but tacky to me. My music was my way of fighting them from a distance, something of my own that gave the right to judge them harshly. It never could’ve been that, but I didn’t care. Ultimately, this attitude led me downwards a rabbit hole that Hunter was all the wiser for avoiding. I held distaste for music simply being enjoyed; it couldn’t be allowed any superficiality, and it had to have magnitude. Every song was meant to be an over-the-top gut-punch of a fifteen-year-old’s horrible little, jaded manifesto against their bullies. With hindsight, I wish I had Hunter’s completely healthy taste in music. Mine was dedicated to proving everyone wrong and ruining their fun when all the while I was just alone and jealous of people loving music or other things together. Music was my sole comrade because I forced myself to be without comrades, and it became a parasite. It took up my world and fed me no real joy in return. I’m glad to have grown since then. I’m glad music can be so much more. I’m glad that I can laugh at what happened and am happy that Hunter never had to deal with similar.

Despite my saying our music libraries have been branching away from each other, I would like to end this piece to say that was a lie and that our tastes are honestly as close as they have been for years. It might be the fact that it’s mostly whiny white dudes screaming about self-destruction, but folk punk as a genre is something that both I and my brother love. We fawn over Johnny Hobo together and rip asphalt in his car with AJJ blasting. It feels good to come home in that sense— it feels good to know I can sing along with my twin whenever I please.