Why I Cover: “Career Opportunities” by The Clash 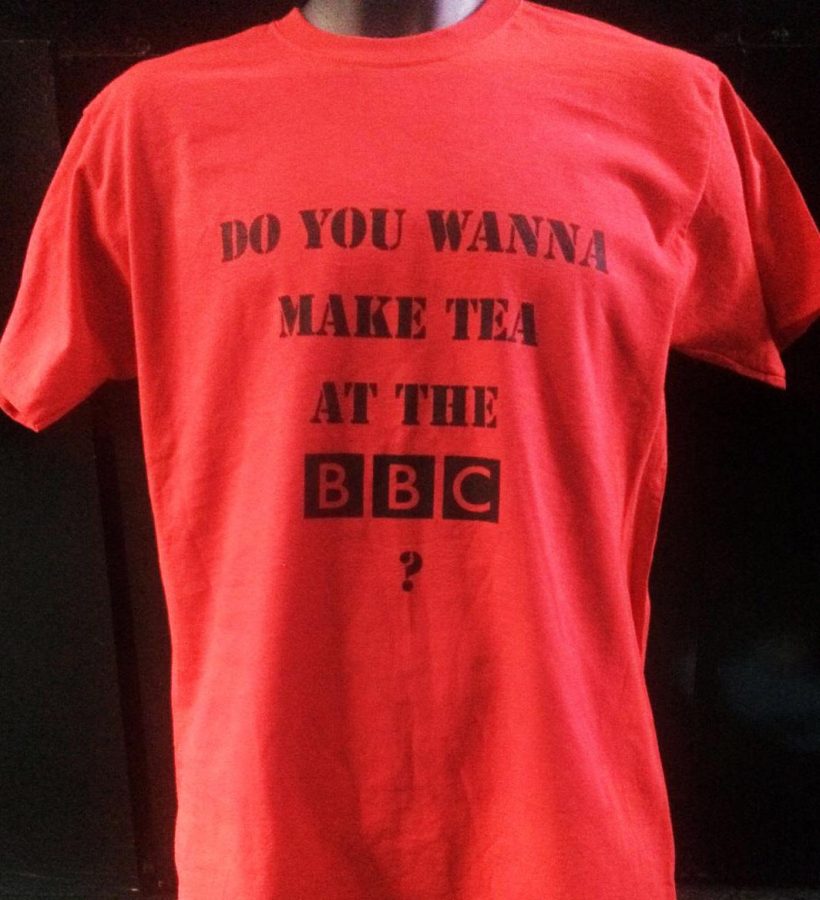 My very first article with WVAU was about my total adoration for all things
Joe Strummer. That semester I had planned to provide The Clash with an album review akin to my treatment of AJJ’s People Who Eat Peopleand Guided By Voices’ Alien Lanesrecords, but that never came to be because I literally couldn’t pick between entries in The Clash’s discography in time. That fall came to a close, and I haven’t really done album reviews since then due to the sheer amount of energy those articles require from me, but here I am doing the only band that matters at least a little justice after my unforgivable disregarding of their legacy. Years of working with a college radio station and only nowdo I talk about the best thing to come out of 1977-era punk? Blasphemy. Diabolical. For the sake of honesty though, I admit I’m only writing about this specific song by this specific band now because I happen to have a recording of me covering it; she nonetheless fits the necessary criteria for this series and I shan’t deny that I’m more than a little happy to come back to thequartet of my formative teenage years. More importantly, to come back to this song in particular.

Allow me to list off some of the finer things in life. For one, waking to see snow outside your window, excitedly but correctly guessing school is cancelled that day. For another, finding your favorite food in surplus quantities at your local buffet (I’m looking at you, the sushi and pecan pies of my local Japanese buffet. You willnot escape me). There’s so much to enjoy in the world and yet somehow none of it can top Joe Strummer raspily attacking the pathetic, demeaning British job offerings of his year of the lord 1977. The man is barking like he has never barked before and that’s really saying something when the entirety of side one of The Clashcomes before this song. That’s right, we’re talking the likes “Janie Jones”, “What’s My Name”, and “White Riot”; “Career Opportunities” beats all of them. Side one is filled to the brim with songs more than a little blunt of about citizen unrest and disobedience, but none of them directly critique the institutions under which The Clash’s working class submitted to. Boring, unmalleable, obtusely repetitive chores without meaning, Strummer howls against an existence that either sends you off to war, on the dole, or at the expensive shoes of people born into better circumstances. It’s very Oi, and it’s heavy on intent.

“Career Opportunities” packs quite a wallop and will send you home in a box if you aren’t careful with how you play it. Despite the hoppy trudge of its drum parts (performed perfectly and punkily by Mr. Chiropractor himself, Terry Chimes), the guitars in this song are a bit of premonitory of “I Fought The Law” recorded years later. This is a very Strummer-Jones work in presentation, the singer-guitarist howling away with his hands whirring around his instrument in a chunky fashion, short-lived down-strokes giving way to their brothers to follow— dundundundundud dun! Jones, in his typical glam rock fashion, allows his guitar to squeal with brief but long-ringing notes— duuuun duuuuuuun duuuun duuuuuuuuuun! It’s like a machine letting out clouds of exhaust with the each pump of its engine, except its 1902 and you’re 8 years old and don’t know how to work the machinery. Strummer and Jones both do, and it can be heard.

Not to knock Simonon at all but I’ve never been concerned with the bass in this one since the guitars took up all of my attention. The chords weren’t hard at all. On the other hand, this encouraged young angry me to take the song in a more aggressive direction, and my fingers suffered for it. Strummer had enough self-restraint to stop dead at his last dun without dramatically tightening his wrist enough to strain it; Jones wasn’t pulling Townshends with each note. The song was more rhythm-based than that, not simply punk-chainsaw-guitar fare. A more exact description was something of a power stomp that struck your chord as it struck its own. It swallowed you and transported you to a country full of hardship. It made you passionate. And this song is certainly one of the most passionate works during the Clash’s early years. I love it still.

Here’s my only recorded cover of the song: