Up and Coming in the District: Poppies and Halpine 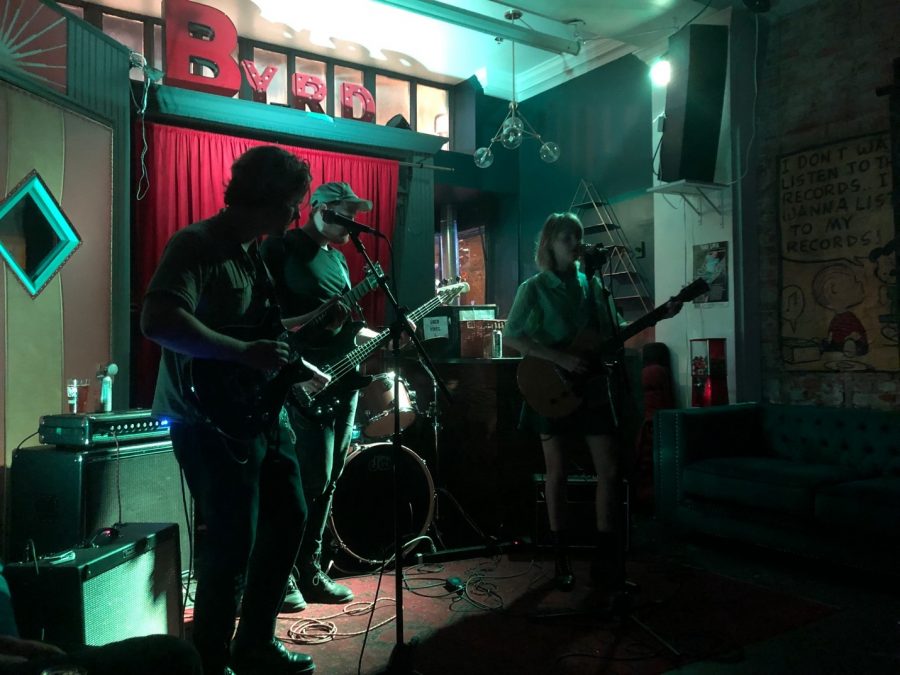 Concerts have always been one of my favorite past times. Whether it’s a sold-out arena show where thousands of people are screaming along to songs we all know or it’s a three-person gig in somebody’s basement, I’ve rarely had a bad time at a concert.

If you’re ever trying to find some live music in the district and are coming up empty, you’re just not looking hard enough because I promise you, it’s always out there. My mission with this column is to give regular updates on some of my favorite local spots to see live music and to showcase some emerging talent.

For my inaugural column, I decided to go to one of my favorite places in D.C., Songbyrd Record Cafe and Music House. If you’ve never been there before, please stop what you’re doing and experience it for yourself. It’s all at once a record store, bar, music venue, and cafe so it’s fitting for whatever kind of mood you’re in. There’s live music almost every day, so if you have a free night check out the schedule of events. There’s a good range for ticket prices, and if you go on the right night you can catch a free show (with donations suggested).

I went on a whim to a free show on a Wednesday night. I wasn’t expecting much but I knew that Songbyrd never really disappoints, and I was totally right.

On this particular night, doors opened at 8:30 and the opening act was at 9:00. The first band was called Halpine. They only played a handful of songs, but it was enough to make me want more. The lead singer had an interesting voice that almost had an English affectation like Rex Orange County or Declan McKenna. Their stuff was definitely on the indie spectrum, leaning towards bedroom pop. Check them out if you like other acts like Yellow Ostrich, the Dodos, or Bahamas.

The second band playing, Poppies, was definitely the highlight of the night. A trio from New York, Poppies was a more lively set that complimented the chill set from Halpine. They played old and new stuff, both of which were really good. My favorite was “Politician” which reminded me of the Pixies. They also sang some more mellow stuff that you’ll appreciate if you like Pheobe Bridgers, Sharon Van Etten, and Lucy Daucus.

Ultimately, if it’s not already on your radar, Songbyrd is a must-go venue not just for the ambiance but also for the great emerging acts.