Kiana Ledé’s All Grown Up: From Kidz Bop Star to Music Maven 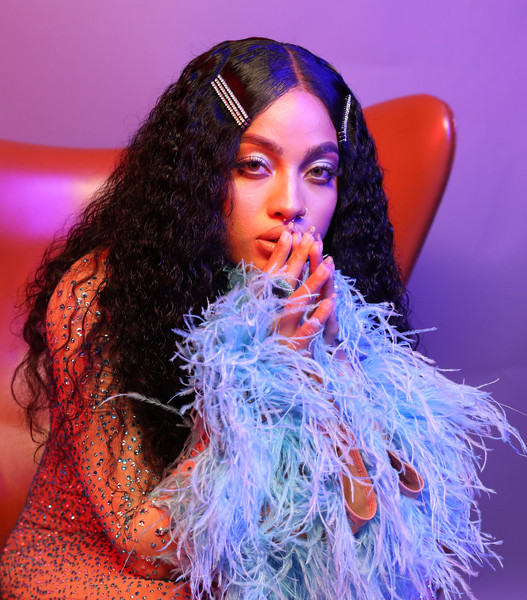 Unorthodox as at it may seem, Arizona-native: Kiana LedéBrown got her big break winning KIDZ Star USA, a national competition for ages 15 and under, sponsored by Kidz Bop. She had been singing, acting in plays, and playing the piano since infancy and with the help of her mom, submitted a video to the contest. It wasn’t long before she was named a finalist and moved on to the top 4.

Through winning the competition, Ledéreceived a recording contract with RCA Records and a starring role in Kidz Bop 21 music video and commercial.

In June of 2012, Ledéreleased her first single: “Hey Chica,” which was praised for its positive and empowering message. Lede performed the song on both The Today Show and at the Macy’s Thanksgiving Day Parade.

Ledéin the coming years, branched into the world of television. In 2016, she notably starred as Zoe Vaughn on the second season of MTV’s Scream. Ledéalso began playing a starring role in the Netflix original series: All About The Washingtons in 2018 that she holds to this day.

However, after signing with Republic Records in 2017, she began putting out the music she is known for today, including singles like “I Choose You” and “Fairplay,” alongside her 2018 album: Selflessand 2019 EP: Myself.

Ledé’s most recent music, featuring her soulful and silky voice over chill R&B beats, contains a clear newfound confidence in its lyrics and intonation. The highlight of her 2019 album: Myselfis undoubtedly: “Ex”, a catchy and vulnerable track about an old flame that also appeared in an earlier version on her 2018 album:Selfless.

Featuring a mid-tempo and thoughtful lyrics, the song mourns the process of falling out of love with someone. Ledécroons in the opening lines about the abrupt turn in their relationship, singing: “We went from 2 AM calls to zero communication, yeah/We spent too long in heaven that we felt the elevation/ Just ’cause it’s different and we’re not the same/Doesn’t mean things have to change/ I got no trouble with my pride, got trouble cutting ties/ I don’t wanna be your ex.” Perhaps the most potent of the lyrics in the song is: “I don’t gotta be in love with you to love you,” perfectly encapsulating how difficult it is to let go of someone you’re close to, even if the romantic love has faded. Upon its release, “Ex” quickly exploded, moving its way up the R&B top charts on Billboard. Some other notable tracks of the six song EP include: “If You Hate Me” and “Heavy” (feat. Jenifer Lewis) if you’re looking for slow tempos and reflective, poignant lyrics.

To learn more about Kiana Ledévisit her personal website. Her music is available to stream on all major streaming apps including Apple Music, Pandora, Spotify, iHeartRadio and YouTube.