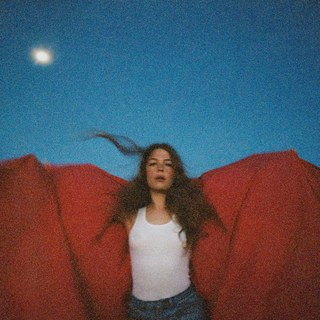 Well folks, it’s ~spooky season~ and on Monday October 7th, my soul left my body. Everyone in the Anthem’s soul was snatched by Margaret Debay Rogers. Yes. I am talking about Maggie Rogers. The rumors, I have come to find out, are true. I can confirm that Maggie Rogers is, in fact, a witch.

Now, I am not saying that Maggie is a witch in the Maleficent or “I’ll put a hex on you” sense. She’s one of those witches who helps woodland creatures or helps you find your yellow brick road (think Debbie Reynolds’ Aggie Cromwell in Halloweentown). Don’t get me wrong she’ll probably put a hex on you if you are over the age of 18, are a citizen of the United States, don’t have any felony charges, and you leave one of her concerts an unregistered voter. She’s the very best kind of witch: the kind that transforms you.

This concert put everyone in a trance, including Maggie herself from what it seemed. She took a moment to reflect about three quarters of the way through her set to speak about the magnitude of performing so close to her hometown. She spoke about the Anthem’s proximity to the body of water that she grew up on and the role it played in the inspiration behind her album “Heard it in a Past Life.” She also pointed out that many of her family members made the trip down from her home state of Maryland to see her perform, some of whom were seeing her perform live for the first time.

The significance of this show for Maggie translated to the audience. The meaning and sentiment were palpable, especially during her stripped down, acoustic rendition of the song that started it all: Alaska. Playing the song acoustically was Maggie’s way of reclaiming it for herself. She confessed that she had forgotten about the process of writing that led her on this adventure as a touring artist, but coming back to the area that started it all made her remember sitting at her parent’s home and writing the album.

This concert went so far beyond everything I expected. I knew it was going to be a great show but I didn’t expect to feel part of something bigger by attending it. At every show on this tour after Alabama announced its controversial ban on abortions, Maggie has donated proceeds from merch sales to Planned Parenthood. She also has people in the lobby of every venue registering people to vote. By buying tickets and attending the show, I felt like I was helping to promote her platform so that she can continue being a catalyst for change and progress in the United States.

So, if you’re down for music that will free your soul accompanied with a message of change and progress, find the nearest Maggie Rogers concert and go get your life changed.