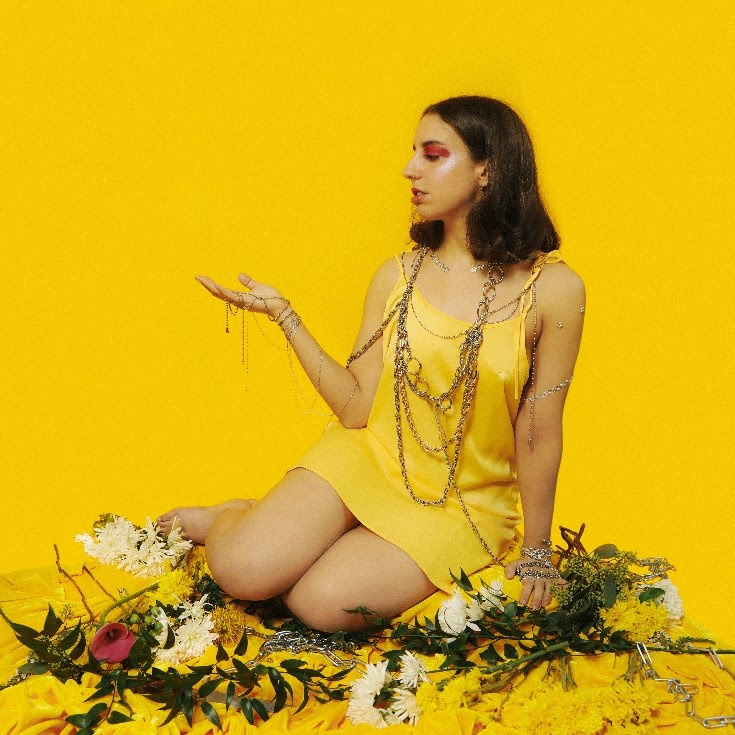 On October 18th get ready to be lost in a world wind of whirling synths, punchy kick drums, and everyone’s favorite: slappy bass. Dominic Sen’s debut album, Visitors, is an utter masterpiece.

The album is primarily an indie pop/rock record but it’s taken to another level. In a few of the songs, Sen seamlessly marries pop leanings with 90s R&B bass and drums. Her fluctuation between genres within single songs is astounding and it works. It creates a more layered, complex, and interesting record for the listener.

The fact that this is a debut album is insane to me. Sen refuses to play is safe by creating a more traditional indie record and instead creates something more experimental. One thing I noticed in each track is the presence of a shift. For example, in the 11th track, titled “I’m Yours,” the track starts of simply with just soft vocals, a kick drum, and a few sparse synths. About a quarter of the way through though, the track pivots and becomes a little bit bossa nova-y with strongly featured bongo drums and plucky guitar melodies but the original kick and synth remain. Sen also marries a jazzy sax riff into the song which somehow pulls everything together even closer.

This album has made me more excited than any album has in a while. It is the perfect mix of nostalgia and experimentation that will make you feel like you are time travelling through the 80s and 90s in a Parisian café with a nightclub in the basement in all the best ways. Do yourself a favor and do a deep listen of this album when it drops on Friday.