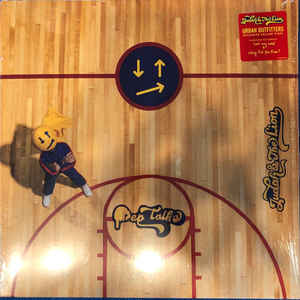 Judah and the Lion’s new album “Pep Talks” perfectly encapsulates what a well-balanced album looks like. It is reminiscent of the Bleacher’s “Gone Now” in which all of the songs follow a theme and parallel each other.

Although many of the songs in “Pep Talks” are shorter than three-four minutes, the album consists of 18 tracks and features “Queen Songs/ human.” that spans a whopping eight minutes. Many of the songs consist themes of familial support and a return to basics. Many of the band’s past albums have been poppy with primarily superficial lyrics- but this album truly broke down to the roots.

Although the sound was similar; the same pop-ish bops, the band included more acoustic and indie-themed songs. The song “Family / Best Is Yet To Come” best encapsulated the depth of the album. The track features a phone call from a family member, likely a mother, and the lyrics provide a lot of truth. Similarly, the tracks “pictures” (ft. Kacey Musgraves), “JOYBOY” and “Queen Songs/ human” all are slower, more honest songs. Of course, the band still features their usual bops. In fact, the rest of the album is primarily made up of more upbeat songs. Specifically the tracks, “sportz” “Dance With Ya” and “GoofBallerz” are all more superficial and ‘fun’ bops, reflecting their usual sound but contrasting with the serious themes of the rest of the album.

The rest of the songs balance the line between danceable pop hits with legitimate messages. All in all, this album is a refreshing twist to Judah and the Lion’s usual songs. This album felt incredibly thought out in that many of the songs mentioned pep talks and held the same themes of moving through life even when it seems hard. I guess you could even say that the album itself is a pep talk.