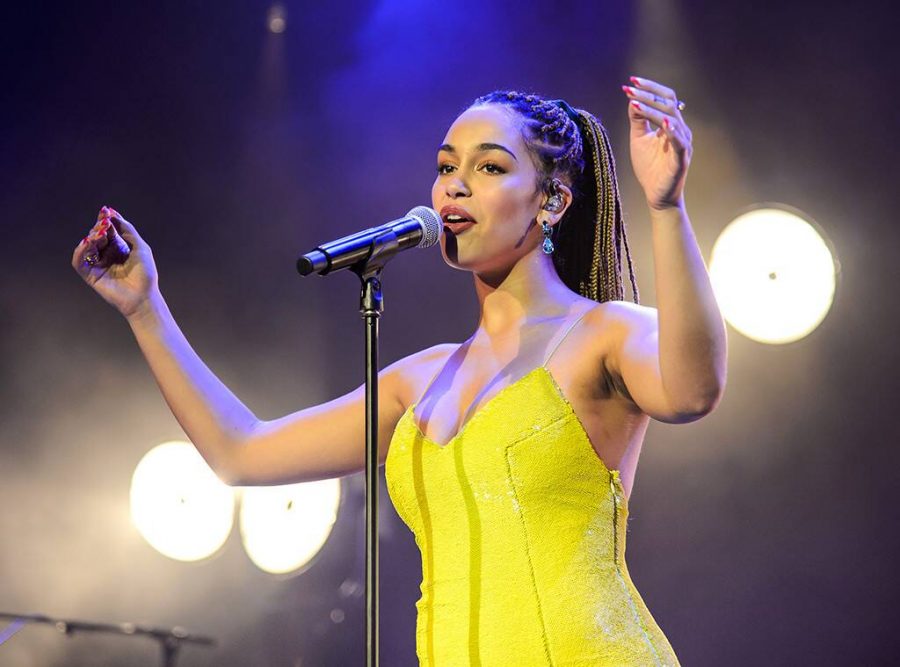 The English born Grammy-nominated singer songwriter, Jorja Smith, never fails to make me feel something with her mellow and otherworldly tracks. Jorja Alice Smith has been a lifelong musician, taking piano lessons from age eight on and earning a music scholarship at Aldridge School where she took music as her A-level exams. After releasing a string of singles in 2016, Smith dropped her debut EP, “Project 11”, in November of 2016. Throughout her career she has collaborated with a variety of prolific names in the R&B industry such as Drake, Kendrick Lamar, Kali Uchis and Stormzy. In recent years, Smith has risen to even more critical acclaim, winning the “Brit Critics’ Choice Award” in 2018 and “Best British Female Artist” at the 2019 Brit Awards.

Smith’s most recent release, her 2018 album, “Lost & Found,” reveals a newfound maturity and clarity of purpose in her lyrics. The album cultivates a more original sound than her 2016 EP, revealing Smith’s growing independence and confidence as an artist. This album employs a medley of genres and sounds, merging jazz, gospel, R&B and folksy acoustic. Full of beautiful belts and mournful lyrics about lost love, “Lost and Found” commands listens attention with its emotional rawness where Smith’s voice takes center stage.

“Why do we all fall down with innocence?” Smith croons in her opening title track. “Lost and Found” is a slow build, largely instrumental and jazzy in its opening first minute. Smith’s voice seems to float over the evenly paced syncopated beats that make up the background noise.

As the album segues into the second song: “Teenage Fantasy,” listeners sense the tonal shift into a darker cynicism. The track encapsulates the confusion of falling for someone. Smith reminds listeners: “We all want a teenage fantasy. Want it when we can’t have it. When we got it we don’t seem to want it.”

The same melancholy feeling follows listeners into the third song of the album: “Where did I go?” This track seems highly concerned with the loss of identity and independence that sometimes accompanies falling into a toxic relationship. Smith continually questions herself, singing: “Where did I go? When did the sunrise? How did I fall? Got lost in the sunrise,” revealing her disorientation. “February 3rd,” although not majorly musically impactful on its own, does reinforce Smith’s journey of losing her sense of self segueing into self discovery.

“The One” that follows shortly after in the 6th track, features a full-bodied sound and a sultry musical arrangement that packs a punch. “Blue Lights” is a delightful foray into the hip-hop genre, featuring a Dizzee Rascal interpolation and interesting sound design. “Lifeboats” experiments with freestyle rap intermixed with belting and calls us back to the first track of the album: “Lost and Found” by repeating the line: “why do we all fall down” with the twist that follows it: “…if there’s a reason we can stay afloat.”

On the whole, although some tracks of this 12 song album fall flat, the overall body of music produced reinforces a moody, contemplative headspace that mirrors Smith’s path to self realization. Undoubtedly, this album is a study in experimentation where Smith proves she is indeed fearlessly, unapologetically herself.