1Trait On Tour: An Interview With Car Seat Headrest’s Andrew Katz and Will Toledo 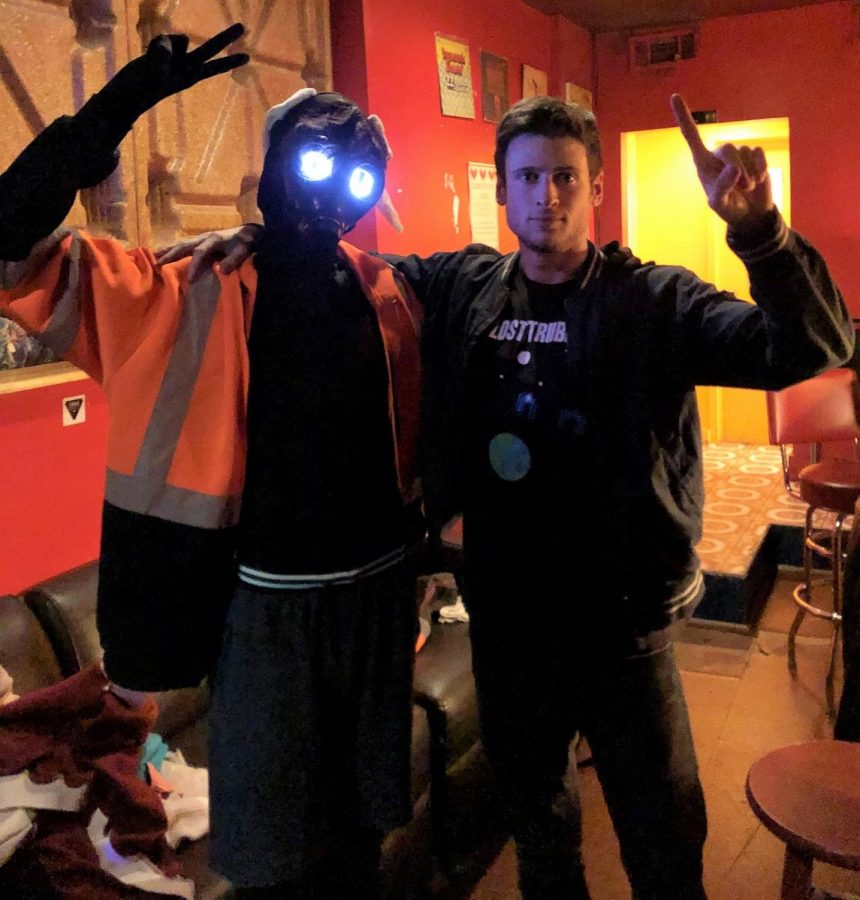 It’s somewhat humbling to walk into a falling-apart Subway and see two of your favorite musicians sitting at a table eating a pre-gig meal. Even the rich and famous get hungry, after all. Nonetheless, an interview over foot-long subs and Diet Cokes is still an interview. I greeted them and we immediately jumped into a routine of questions and answers; a routine that was probably very familiar to them, given that their jobs revolve around this very thing.

Both Andrew Katz and Will Toledo have been busy as of late. With writing music, recording albums, and touring, the duo hasn’t had much time to breathe. Both musicians rarely focus on anything other than music. Andrew, when asked about his satirical EDM side-project, 1Trait Danger, claimed to be “sitting on around thirty unreleased tracks.” It’s evident that this work, and the work for the duo’s main project, Car Seat Headrest, has been exhausting and life-consuming. Despite the tour fatigue, the duo can’t help but have an almost child-like glimmer of excitement in their eyes as they talk about the ideas that they have swirling around in their head. They tell me that they have even considered forming a new band, dubbed the “Double Barrel Boys” just for fun.

But life for the duo hasn’t just been 1Trait Danger and Double Barrel Boys. Car Seat Headrest has been stirring up a lot of publicity on social media, hyping up a new record- the first completely new Car Seat Headrest LP since 2016’s ​Teens of Denial.​ When asked about this mysterious new album, frontman Will Toledo kept things shrouded in secrecy. With a slight smirk on his face, he assured me that big things were happening, but he preferred not to say much. Instead, he urged me, and other fans of the band, to look out for more information regarding the record “in about one week.” He went on, claiming that, unlike the older Car Seat Headrest albums, which were filled with long, complex songs, the band is focusing on “wanting [their upcoming album] to be good live… [it has] some shorter stuff, and some longer stuff ended up in the middle.”

Eventually, the conversation turned towards Andrew Katz, and his newfound notoriety among fans for his humorous social-media presence, which ranges from fashion tutorials to lessons in bilinguality, along with comical interactions over platforms like Twitter. When asked about their opinions on interaction with fans online, both chuckled, knowing that they differed significantly in how they felt. With an amused grin, Andrew answered first, “I love shit talking…” he paused and smiled at Will, who gave him a look. Half fed up with Andrew’s antics, and half-amused, “…when people say dumb shit online, I really feed off of it.” Toledo, however, not so much. With a slight smile, Will answered, “I really don’t like Twitter Culture…” as he went on, the smile turned into a serious glare, “I’m like one step away from giving up my account to some intern… but I haven’t quite got there yet.”

Andrew and Will were more than happy to talk to me about their various songwriting processes. Andrew, half-jokingly, yet bluntly, described it as “a lot of bullshit.” Putting aside his comedic nature, he was more than happy to get into technical stuff with me. He lit up like a kid in a candy store when talking about his craft. Software-wise, he mentioned that most of 1Trait Danger’s discography was made via Ableton on the Mac, and that the majority of the synths heard on both of the 1Trait records were made using a program called Serum.

Because of the time and effort they put into their work, the duo does not have many hobbies outside of music. Both of their various projects take up the majority of their days. But they don’t seem to mind at all. Will, who was stoic the majority of the interview, nearly grinned when talking about how ever-consuming their Car Seat Headrest gig was. “I don’t mind that it consumes most of my life,” he said with a twinkle in his eye. Andrew nodded in accordance. To them, music isn’t just work, but it is their biggest hobby, exemplified by the look of childish excitement that overtook their eyes whenever they talked about their crafts.

Both were happy to give advice to aspiring musicians, as well. The biggest piece of advice one can get? According to Andrew: “Don’t. Suck.” Funny and blunt, it doesn’t change the fact that Andrew’s little piece of advice was one-hundred percent true. But how can one just simply not ‘suck’? Andrew went on: if you’re a drummer, you just have to play with a million different bands until you “find your Will,” as he put it. If you’re a songwriter, he continued, “you just have to write a fuckload of songs.” The gist seemed to be that if you suck at playing music, there’s no possible way you can get worse. Just keep playing your heart out, and you’ll keep getting better. Will touched on this idea, giving another key piece of advice: “It’s definitely better to make a lot and put out a lot, than to try and perfect your first thing… it’s never going to be perfect.” The desire to reach perfection seems to be the downfall of many great musicians. Andrew even cites a past-project, his old band, who sought perfection in everything they did, which resulted in them not putting out much material, and eventually disbanding.

At the end of the interview, and at the end of the day, Andrew and Will seemed adamant about one thing: 2020 was going to be a good year for them, for their bands, and for their art. With news about the new Car Seat Headrest record, a new 1Trait album, and possibly a whole new side-project, it’s going to be an exciting year for fans to look forward to. As for the band? They don’t dwell on the past, and they prefer not to look into the future too much. They’d rather just focus on the now. Will ended the interview on an optimistic note, giving insight into his personal philosophy: “When you’re living it, you’re not thinking about the past or the future so much as it just being what it is.”

Be sure to keep an eye out for news regarding the new Car Seat Headrest record, and if you’re able to, be sure to catch 1Trait Danger on tour in a city near you. I highly recommend it.