MetaMusician: Those Who Wish to Be 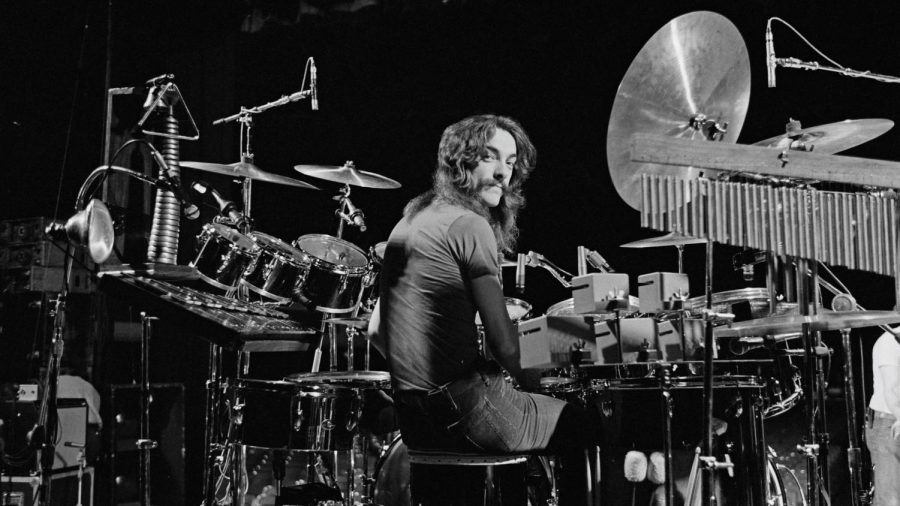 This January, a true legend of the rock community passed away. Neil Peart died at the age of 67 in Santa Monica, California. As a Rush fan, hearing the news was unreal. At first, reading “Neil Peart has died” just didn’t seem to make sense, like each word was written in a different language. Once the story spread to other news outlets, it became truer to me; I hadn’t misread something that wasn’t really there. That night I drove around for a few hours listening to my local rock radio station. They were playing Rush all night long; in between songs the DJ would share quick stories of encounters they had with Neil and the band through the years. The somber tone in their voice made me realize that they were going through what I was going through. I imagined how many other Rush fans in the New York area were tuning in and I realized something. That night the station wasn’t just playing the classic rock songs they love; they were holding a funeral service across the airwaves.

We were all grieving because someone who was important to us had died. We loved his music. Regardless of whether you’re a Rush fan or not, I want to tell you about how important Neil Peart was. Of course, he was important to me. He was the drummer of one of my favor bands. His playing has influenced me as a drummer. But there’s a reason his career was so important to music and to the arts in general. To me, Peart embodied what an artist should be. His methods, actions, and outlook in the world of creation seem to be emblematic of an artist who is honest, engaged, humble, fallible, and most importantly, human. This will not be some loyal adoration for the man, and this is not to say that Rush is greatest band in the history of the planet. Rather his approach, which is something that can be applied to any art form, is something that is worthy of such esteem.

His humbleness is a good place to start. We have seen countless examples of fame corrupting the artistic spirit. An artist or band spend years in the underground finding their sound and refining their work. Eventually, they make it big. Their work following their fame doesn’t seem to be as thought out, complex, or interesting. While this story may be a simplified and generalized version of reality, I’m sure everyone can look through their own personal catalogue of music and find bands that fit this narrative to some extent. This narrative is something that Peart was aware of and grappled with throughout his career. One of the bands biggest hits “Limelight” is about this conflict. The lyrics of “Limelight” show a character who has been launched into fame. They are grappling with how to deal with their new unreal existence, wondering if they are even capable of making real art anymore. In the chorus, our character has found humility as the answer to their own questions.

Living in the limelight

For those who wish to seem

Those who wish to be must put aside the alienation

Get on with the fascination

Here the character of the song is expressing the path they have found to remain an honest artist while living in fame. Being famous (living in the limelight) is the goal for people who aren’t honest artists (those who wish to seem) while the true artist (those who wish to be) must not give into fame which can obscures their social reality and keep doing what they love.

Another example of his humility has less to do with fame and more to do with how he viewed himself as a musician. The pretensions musician is a personality I’m sure we are all aware of; someone who thinks that, because they have this skill, they are better than everyone else. This mindset is a disease to the creative spirit. Musicians are always discovering new things and arrogance in one’s own ability turns one away from such learning. Peart understood that the soul of an artist is a curious one and he continued to learn and grow over his career. In the mid 90’s he was taught by legendary jazz drummer Freddie Gruber. With Gruber, Peart learned things that revolutionized his playing. He understood that an artist is forever a student.

The final aspect I’d like to talk about is Peart’s creative courage. Rush made one album, their 1974 self-titled Rush, before meeting up with Peart. While their debut demonstrated that Rush was a group of skilled musicians, the songs are just not interesting when compared to their work with Peart. Rushseems like just another run of the mill mid 70’s hard rock album. It’s got big open drum grooves, heavy riffs, screaming guitar solos, everything one could ask for in a hard rock record. But some of it seems so stereotypical. While the aspects of mid 70’s hard rock records previously stated can make some great songs, it gets tiring after a while. If they followed this path for the rest of their career, they could have been a one hit wonder with Working Man as the song that defined their entire career.

When Peart joined the band, he began to write the lyrics. Peart was a lover of literature, reading whatever he could get his hands on. Because of this, his lyrics were a lot more complex and had to do with a lot more than drugs and sex. To fit more complex subject matters, bassist Geddy Lee and guitarist Alex Lifeson adjusted their playing. They were evolving into a band that was willing to take risks in their song writing. Initially this shift was met with some mixed reviews. Flight by Night was enjoyed by fans, but their next effort Caress of Steel was not received well with critics or fans. Instead of giving into trends of what people wanted to hear, Rush decided to buckle down and make music that they wanted to make. If they were to sink their career by making music they cared about, so be it. The result of their efforts, 2112, was their biggest success to date. With the title track being a twenty-minute rock opera, this album was not popular on the radio. It did, however, gain a following through word of mouth and their ridiculously active touring schedule. The credibility among fans Rush gained with 2112 is a testament to the type of artist Peart was. Artists should make what is true to them, regardless of popularity. This genuine artistic expression, when mixed with hard work and luck, just may produce the cult like fandom similar to the one that Rush was blessed with for the following years of their career.

Even if you don’t like anything in Rush’s catalogue, I think how Peart conducted himself in the creative sphere is something to appreciate and aspire to. To keep the creative process genuine, I don’t think an artist should give into the egotistical attitudes that can be brought on by fame. To ensure an artist continues to grow, they should always be willing to learn. Finally, to make sure artistic expression doesn’t become one big echo chamber of trends, artists must be able to isolate themselves and create what they feel is their true expression. Peart embodied all of these attributes and gained the respect and appreciation from so many because of it. While I love what he created, how he created has changed my life.