Songs for the Signs: Aries Arrangements 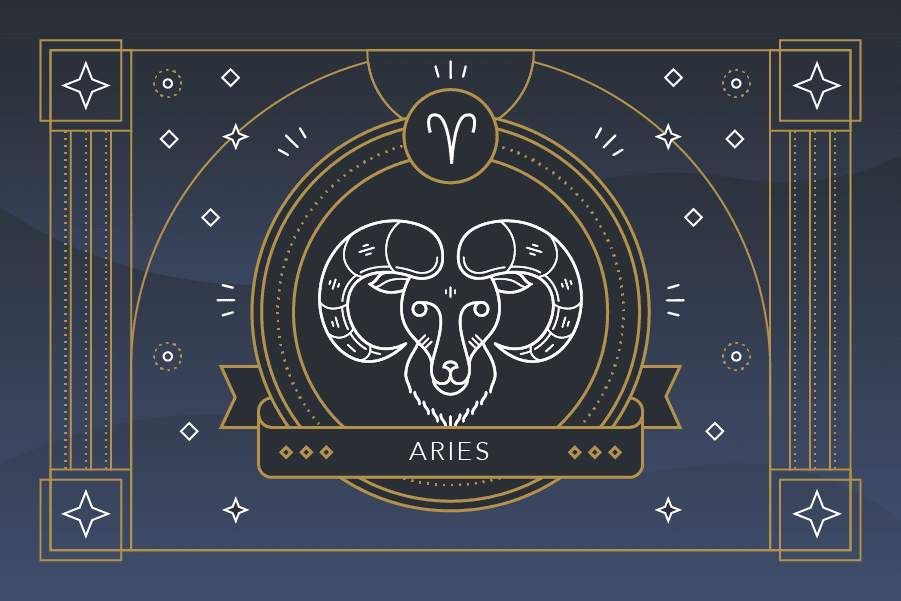 Ever wonder what an Aries might listen to? Lucky for you, the season is almost among us, and the playlist below has an assortment of arrangements certain to ease you into the insights of this passionate, powerful sign. Ranging from March 21 to April 19, an Aries’ season comes with the start of springtime. This sign reflects assertion, impulsion, and leadership and abides by the mantra “I can overcome.”

As a Fire element, an Aries tends to be passionate and motivated. Despite possessing a fiery temper, they are typically cheerful and known to be confident in their own and others’ abilities. They are natural leaders, given their relentless, determined attitude and this sign is no stranger to enduring hard work to achieve their goals.

An Aries is easily frustrated and frankly direct, a trait that can be unsettling, but their optimism and upbeat attitude are enough to quickly win one over. Their courageous impulsiveness feeds into their “live life to the fullest” mindset but can also assist in developing selfish tendencies. Regardless, an Aries manages to be independent and self-determined while remaining playful and usually uncomplicated. An arrangement for an Aries would feature a handful of snappy songs with intriguing lyrics to reflect on.

“Take Me Out” – Franz Ferdinand
This song is bold, brash, and, ultimately, a bop. It screams “indie” right from the opening guitar riff that is drastically different from the remainder of the song. With an odd structure that bounces between a verse, multiple chorus repeats, a guitar break, and a slowed bridge, this song is somehow very catchy and recognizable. An Aries could definitely appreciate the directness of these bold lyrics.
“Lava” – Still Woozy
This Still Woozy song is comparable to a dream, with the singer’s soft vocals and synthetic instrumentation combining to create an easygoing flow. The lyrics describe the heat, frustration, and undying love that is often present in a fight with a loved one. An Aries with a fiery temper can cool down to this track while finding comfort in the easily relatable lyrics.
“Oxygen” – Catfish and the Bottlemen
This upbeat track embodies the impulsive, frank personality of a playful Aries. With its sharp, pulsing guitar riff, steady rhythm, and uplifting chorus, this song is rather intense but extremely catchy. A direct, courageous Aries can relate to the track’s bold lyrics that describe the song’s subject’s refusal of oxygen due to its overrated nature.
“I’m On Fire” – Soccer Mommy
Originally a Bruce Springsteen song, this Soccer Mommy cover is slow and haunting but purely passionate. With lyrics that accept an oddly obsessive infatuation, a smoothly strummed guitar, and singer Sophie Allison’s chilling voice that perfectly reflects such an anxious feeling, this track is perfect for this passionate Fire sign’s playlist.
“To Fall Is Not to Fail” – Dear Nora
This track begins in a rather minimalist manner, with fuzzy vocals merged simultaneously with single guitar strokes. The introduction of a steady drumbeat and imperfect, satisfying harmonies kicks off the rest of the catchy track and creates a mesmerizing earworm of a song. A self-determined, motivated Aries can appreciate the quirky, impulsively honest lyrics of this track while simultaneously grooving as it plays on repeat for hours on end.
“Go Your Own Way” – Fleetwood Mac
This Fleetwood Mac classic is one filled with angst and offense. The raw emotion of this tune is clearly conveyed through a rhythmic snare beat, a tense baseline, and a single guitar line consisting of a blend of a dirty guitar sound and a clean one. The dauntless lyrics describing a breakup can resonate with a courageous, direct Aries who can certainly enjoy the upbeat nature of this track.
“Someone New” – Hozier
This Hozier song has a bluesy vibe, courtesy of the clipped plucking of the guitar blended with the Irish singer’s velvety, crooning voice. There is a sudden pep in the chorus full of bubbly harmonies and powerful organs that make this entire song effortlessly satisfying. An Aries, who often falls in love quickly and easily, can relate to the lyrics of feeling a connection with a love interest and struggling to make it last.
“Tell It How It Is” – The Growlers
The Growlers present listeners with a catchy, surfer sound, and on this track, a simple song structure is developed. This track gives off a psychedelic, crooning sound created by strong guitar riffs that progress the track and lyrics that tell the tale of a selfish individual. An unknowingly sometimes selfish Aries can appreciate the story behind these lyrics while giving in to the groove of the track.
“Dancing with Myself” – Billy Idol, Generation X
This pop song is an irresistible classic tune to dance to, featuring a blend of three different guitar styles, accentuated percussion, and carefree vocals that describe the boldness of dancing alone and carefree in a crowd. An independent, courageous Aries would definitely play this song on repeat, as they can relate to the cheerful nature of the track and the message associated with the brave lyrics.
“Who Needs You” – The Orwells
This aggressive Orwells track, although it is not flawless, is full of energy and youth. It starts with a few solitary drumbeats before introducing a simple, wailing guitar riff that repeats throughout the song. Its lyrics sang by Mario Cuomo with his emotional, dynamic vocals, scream resistance to conformity. This song lacks a clear chorus but includes a broken-down instrumental bridge. An Aries, who is easily frustrated, bold, and upbeat, can appreciate this track with its rebellious lyrics and punk vibe.
“You Bet I Stare” – Banes World
This Banes World track resembles a surf-rock, shy song that embodies indie dream-pop at its finest. Featuring easygoing synthetics that create a clear, catchy rhythm, quirky riffs that echo in listeners’ ears, and lyrics that describe an openness to admiration, this song is perfect for a bold, impulsive Aries who tends to be uncomplicated and upfront with love and life.