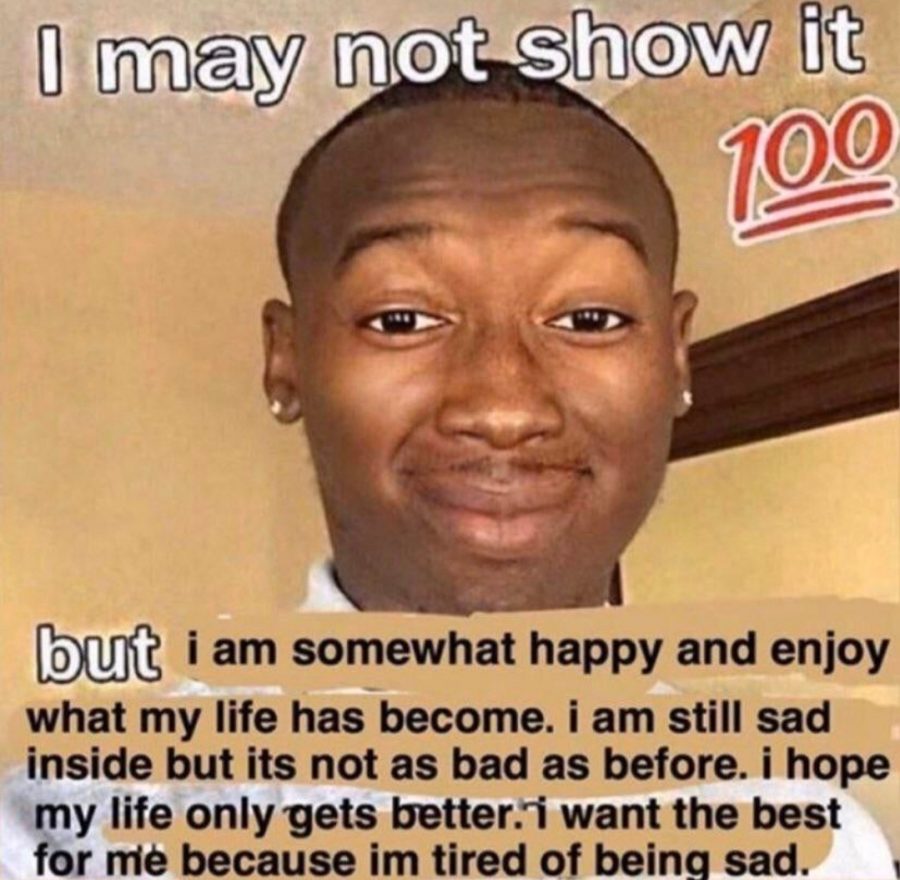 Since I was about 12, I’ve had some pretty nasty on-and-off periods of major depression. It becomes kind of blurry when it would stop and start up again, but I know for certain that I only really started coming out of it in a major way a little over a year ago. It’s a very daunting experiment to try and build a life for myself when, for so long, I just shut myself off from almost everything. It’s not an immediate switch from being so down about myself and the world to being completely content and happy. The in-between presents a weird dilemma of feeling so good and so bad at the same time. It can also be incredibly boring. Things I used to cope with, like a lot of my favorite music, now has to fulfill a different role in my life. And that sucks and can be really uncomfortable. When things were really bad, they felt world-ending. Now I’m kind of in a purgatory thinking, what’s next?

In it, Allison explains how she can just get so down even when everything seems to be going okay. There isn’t a sense of deep, immediate anguish, but rather a resigned feeling that this is just the way things are sometimes. One line that I can’t get out of my head is when she sings, “and I think there’s mold in my brain spreading down all the way through my heart and my body.” It sounds so dark, but she says it so matter-of-factly, almost nonchalantly. When I first heard it, I immediately knew exactly what she meant. I’m not fighting against the heaviness that I feel sometimes. I’m looking at the mold in my brain for what it is, allowing it to do its thing, but getting on with my life at the same time. This song is a fantastic snapshot of the monotony of picking up the pieces. Things are fine! There are things to be excited about, and sometimes there’s even a feeling of peace and content! But there are a lot of lows, and figuring how to deal with them without catastrophizing them can feel like learning to walk again. Sometimes all you can do is look at yourself in the mirror, shrug, and casually say, “Hey, I’ve been falling apart these days.”