Quarantine Szn: How are Bands and Artists dealing with COVID-19? 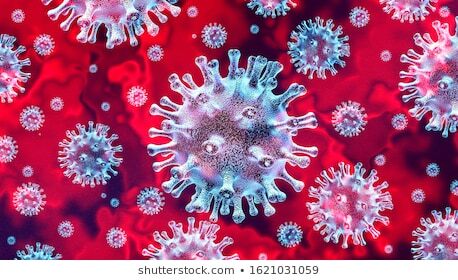 With recent developments regarding COVID-19, many states have been placed on lockdown, and the federal government has started to recommend “social distancing,” which entails staying at least six feet apart from others, as well as not attending events or gatherings of more than ten people. As expected, many businesses have started to suffer. An unexpected consequence of this ‘quarantine,’ however, is its influence on the music industry. Due to the restrictions put in place because of COVID-19, artists cannot tour, perform live shows, or even practice with each other.

In spite of these trying times, artists and performers are finding creative ways to produce and share their work. Take Brooklyn-based band The Living Strange, for example. The band, spearheaded by Elijah Sokolow, has begun live-streaming concerts and solo acoustic sets via YouTube. Appropriately dubbed “online class,” the band plans to stream one-hour sets at “minimum once a week, but likely more.” On top of issues regarding live shows, the band has also run into problems with recording music. None of the band members for The Living Strange are currently in the same place, so, according to Elijah Sokolow, the band has “been working over facetime on new music” and they are “putting together a video of each [band member] playing the parts to a new song alone that [they’ll] put together.” The main priority for The Living Strange seems to be the fans. Via Instagram, the band has asked fans to give them songs to cover in future sets, along with asking fans to record themselves singing and dancing to the band’s newest single.

DMV-based artist Ava Mirzadegan, otherwise known as Pen Palindrome, while also live-streaming sets, has taken a somewhat different approach to the quarantine. Instead of focusing on her individual project, she is focusing on helping friends share and produce their work. Ava, along with her best friend David, has started her own record label, dubbed “Orbit of Friends (OOF) Records.” With this record label, she plans on creating compilation cassettes of music “for friends, by friends.” Besides music, while waiting for this “quarantine” to end, Ava helps other artists by being commissioned to make posters, plan tours, and take care of booking/press related matters; all under her umbrella organization, “No Boys Press.”

Some bands already have tours planned for months in advance and are hoping that they do not have to cancel shows in later months, like July. Indie rock band, Car Seat Headrest, for example, just announced a big summer tour to promote their new record. On the possibility of the tour being canceled, Andrew Katz, the band’s drummer, told me, “There’s always a chance [that the tour can be canceled]. We’re moving forward as if it’s not, but it’s just going to depend on the unfolding situation.” It seems like many bands are taking this same perspective, hoping for the best yet preparing for the worst, all while prioritizing their fanbases. With COVID-19, the future seems to be cloudy, but it is apparent that artists will find ways to pursue their passions no matter what.