Fresh Off The Boat: I Made Another “Quarantine Playlist” Check 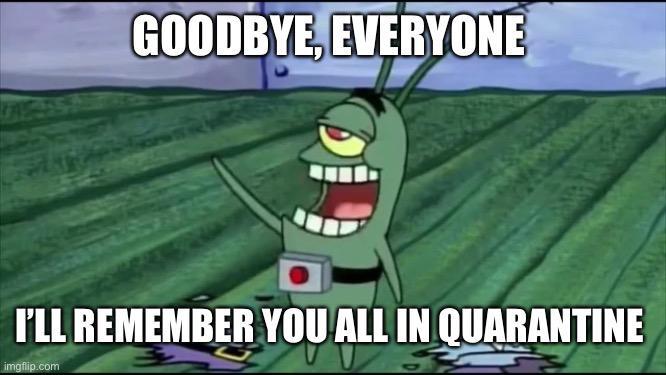 Well, I’m very sorry for that TikTok reference, but I just can’t help it (I think I really ruined my life the moment I downloaded that cursed app though our time together has been concerningly fun).

Anyways, today is officially the last day of my self-quarantine period or also known as the “28 days since I last touched a human being after I came back home”. Despite knowing that this is something I must do, I have to admit that being completely cut off from everyone and locked up inside a room by myself was way harder than I first imagined, and I’m sure this is the same for everyone else out there.

There were times when I was just so done with continually being alone, waking up at 3 in the morning to go class, and drowning under all these extra works because apparently online classes are “too relaxed.” Of course, I had my friends and family to talk to (on FaceTime or texts ofc) and other things to do, like making frothy coffee and watching too many TikToks, to pass the time. Still, I guess the highlight of it all is that I got really into making an excessive number of “quarantine playlists.” So, I think I will share one with you and hope that it will make brighten your day one day or another and even just for a little bit.

Wish You Were Sober – Conan Gray

No doubt, this song is every-coming-of-age-movie-soundtrack material, and I’m pretty sure that if “Perks of Being A Wallflower” wasn’t released in 2012 or about kids in the 90s then “WYWS” would 100 percent make it into the soundtrack list. Over the sparkling electro-pop tunes, Conan takes you back to those high-school parties when life was so simple and fun, and the only thing that you cared about was not fitting into a party or wishing that someone you love didn’t have to get drunk to kiss you back. Ultimately, “Wish You Were Sober” reminds us of a simpler time and comforts us that everything will be okay at the end, and I think this is exactly what everyone needs to hear now.

Disclaimer: Please do not attempt at anything this song suggests.

“Heroes” is pretty much “a musical/spiritually escape” for not only me but for everyone who is in self-quarantine because the song literally talks about spending “just…one day” with your loved ones despite putting everyone’s wellbeing in danger. I mean, it is quite a good fit in a “quarantine playlist” because sneaking out is something that a lot of us, including myself, have seriously considered to do at least five times per day but will not actually do it (or that’s what I hope).

I think among all the songs in the playlist, “Modern Loneliness” resonates and reflects the emotions that I had during my time alone the most, which is pretty much the coexistence of loneliness and feeling connected. Because despite being only one text and one call away from being in contact with other people, I was still by myself at the end. And yet resonating with people isn’t the whole point of the song because ultimately, “you get what you give,” so to get yourself out of this pool of feeling isolated and depressed, you just have to stop shutting people out and start calling/texting them back.

Alas, “incompleteness” is probably the one word that I will use to describe this song. Though not in the sense that the song is incomplete but rather the feelings that it depicts, which is missing someone that you have never met and eventually feeling like you only have “half a heart” because of that “incompleteness.” It is a strange and hard-to-feel feeling, but it is something I think that many of us can relate to, especially with everything that’s going on in the world, and everyone is left by themselves.

While it is true that the world is going through some tough time, but I hope you never stop seeing that everything will work out in the end because most things always will. I also hope that you will stay safe and positive and be kind to not only yourself but to your loved ones and the strangers around you.

A “quarantine playlist” for your soul (there are extra songs in there just because):