We Do Not Have to Die: The Socio-Political Potency of Hostile Mind’s “Monk” 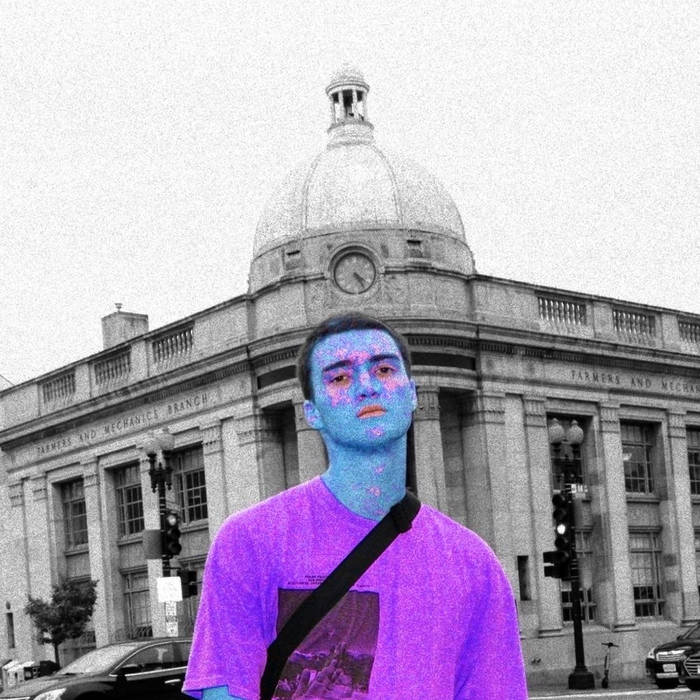 I have mad respect for Aghiles Ahmim. For one thing, the dude’s my friend. For another, he’s stupidly efficient at making his art. I can’t say I have ever met someone as determined to invest such an insane amount of effort and passion into their work as this kid is, and I have met quite a few of the most talented people the DC-NoVa-whatever scene has had to offer as of late. Any and all of them are experts at their craft and still can’t hold a candle to Aghiles’ honest-to-God, genuine adoration for the process of making noise, and good noise at that. The kid’s going places and he will do so with or without anyone other than himself supporting his journey, be it manager or literal other members in his band. I can see his future in his eyes as he performs, the lights of future stages and clubs that will host that writhing body devoid of a single unstirred bone as it flings itself alone on the stage as he sings. Dude’s got as much stage presence as the best of ‘em. It would be a ludicrous venture for anyone else but I have faith in Aghiles. Monk, he and his band’s second studio album, should assure any critics that his goals for success are anything but ludicrous— they are lucrative. My faith is foresight.

Whatever the way it is that Monk succeeds, you still need to mention its timing. Jesus Christ, the timing. I’m aware you recorded this album months in advance, Aghiles, but the fact you released an album about society falling apart as it literally started to do so took some chutzpah. That or you’re edgier than I thought. Oh well!

The meat of this 19 minute beauty is by and large its soundscape. Starting with “Gen Z Blues”, a delta ditty with a title I personally feel to be a little too on the nose, listeners would be better off to note Aghiles’ restraint here because it’s not coming back. The piece feels like a tomb for old-world normalcy and traditions but functionally, it’s The Ghost of Robert Johnson’s new pact for artistic insurrection with the devil, and Aghiles’ means of summoning up his 9 horsemen of the apocalypse. It’s probably my least favorite song here, but it’s necessary to include. Every storm must have its calm, and this storm blows you clear out of Kansas.

What follows “Gen Z” is torrent after torrent of smoldering riffage and thick bass, sifting their way from their charred world into ours. Aghiles’ howl, ever-present throughout, is somewhere between a shrill, unnaturally long single cough and a river of shrieks. It’s young but it sounds pained, like the phantom cry of a child lost to war. I feel a kinship to it as much as I find myself in fear of my surroundings once the music starts playing. It’s a contagious paranoia that feels validated by experience; a thousand yard stare nurtured by the facts of our present reality siphoned accurately into sound. But even with the presence of such radical audial thunder and lightning, there’s a degree by which this album is a collage. And this is (perhaps obviously) with influences besides my point; stitching everything together is a classic punk strategy that I honestly wish I saw more of in recent releases. I love hearing old ads and commercials, bits from movies, stuff like that! These two combine to make some of my favorite songs off of Monk— stuff like “NSA” and “Cataclysm”, etc.

If there were any weaknesses to the album I’d say it might be its lyrics, but I don’t hold that against Aghiles. I feel like the list of new things to say about our crumbling system grows ever shorter by the hour, so his pulling anything out of the ether is a job well done in my book. And what a damn good sounding job, too.