Songs for the Socially Distanced 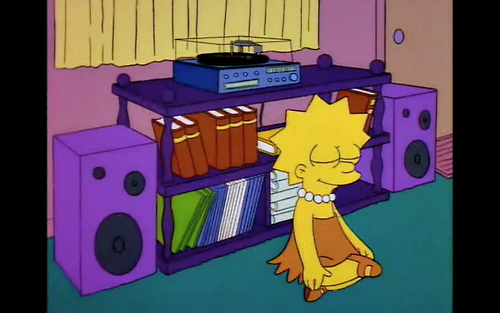 Things are so strange and different these days, it can be difficult to accept or even understand what the new normal is. Social distance has become such a familiar state of mind to us, but it’s completely reasonable to feel frustrated with this newfound solitude and the different feelings associated with this uncertain state of being. While questions are still waiting to be answered, music can be a source of comfort in the meantime and these soft songs radiate a laidback energy perfect for easing into how to approach this strange time in which everything just seems distant.

Hannah Read, aka Lomelda, encompasses feelings of longing and uncertainty with this track. Its lyrics describe the instability that stems from distance placed between two people and the ability to eventually find some comfort in being independent. Starting with steady guitar strumming and following shortly after with a rich guitar riff, controlled percussion, a baseline so subtle it’s almost nonexistent, and Read’s wavering vocals, this track engulfs a listener and presents the perfect start to these unpredictable times.

Someone To Spend Time With – Los Retros

California based nineteen-year-old Mauri Tapia, aka Los Retros, has captured the essence of 70’s nostalgia with his modernized music. His single “Someone To Spend Time With” effortlessly mixes genres of soft rock, hazy psychedelic, and Latin pop. The track features a classic guitar riff, groovy bassline, and Tapia’s melancholic vocals that croon lyrics pleading for summer love and lightheartedly harp on about solitude.

Lead singer Jonathan Pierce’s falsetto, strong vocals deliver tender lyrics that describe the realization of going through day to day and finally being able to let go of and move on from a previous codependent reliance. The rhythmic pulse throughout the track maintains the soft intimacy of the song and gently delivers the ultimate theme of moving on from past yearning.

I Miss That Feeling – Tennis

Marital pop-duo Tennis deliver this track that disguises itself as a “love letter” to lead singer Alaina Moore’s anxiety while remaining reminiscent of breezy nostalgia and the simplicity of 70’s pop. The song introduces Moore’s delicate vocals and a choppy piano major chord progression that build up to an engaging drumline and guitar riff, leading to a dreamy chorus and lyrics that deliver this theme of remembering a pleasant feeling that’s been lost.

Pink in the Night – Mitski

Mitski Miyawaki’s work is miraculous and this ballad reminiscent of a heart-to-heart with Mitski herself is no exception. Her vocals slowly unfold over a faint organ before a muted guitar riff, steady kickdrum, and subtle piano riff are all introduced, allowing Mitski’s deep vocals to really take flight as she delivers lyrics that depict her heartbreak as infatuation, hence the pink glow described.

Songwriter Annie DiRusso embodies a timeless, feel-good energy that captures a certain magic almost unable to be explained in words. The track starts with simple guitar strumming and DiRusso’s confident vocals, building up as vocal harmonies and subtle electronic beats are blended in before erupting into a chorus with a strong melody. DiRusso’s charisma combined with her musical talent is clearly conveyed as the song unfolds into a tune that colorfully expresses the excitement of exiting a comfort zone.

Alex Giannascoli, aka (Sandy) Alex G, is quite a musical genius in my eyes, so naturally this song off of his 2012 album “Trick” was a necessary listen for me during quarantine. This track is produced well considering it’s a home recording, and static distortion throughout the song only adds to the rawness of his work. The monotonous guitar strumming blended with melodic riffs, the shaky drumline, and Giannascoli’s wavering vocals all build up to unleash the song’s emotional outburst that still somehow offers a sense of hope.

Tracy Chapman’s self-titled 1988 album is a brilliant proclamation of spiritual folk and blues. On the timeless track “Fast Car,” Chapman’s carefully crafted lyrics aren’t about a car at all, and instead describe a relationship that failed because it started from the wrong place. The simple percussion and melodic guitar riff really set the stage for Chapman’s gritty, strong vocals to paint a picture with her words, ultimately transitioning smoothly into an emotional yet slightly haunting tale of escape.

Singer/songwriter Ralph Lawrence “Polo” Reyes, better known by his stage name Mellow Fellow, has made a name for himself on the internet following the debut of his hazy lo-fi songs. His music has a warm, intimate tone to it and has the ability to be uplifting or laidback, depending on your outlook. “You’ll Be Alright” is just as inspiring as its title suggests, and the track’s dreamy, groovy melody as well as encouraging lyrics ultimately make for a positive tune that captures the perfect attitude to have during these changing, crazy times.